In this blog, Gunter Kuhnle explains more about the first dietary recommendation for a type of plant compound that is not a vitamin – flavan-3-ols – found in tea, berries, apples, grapes and cocoa. 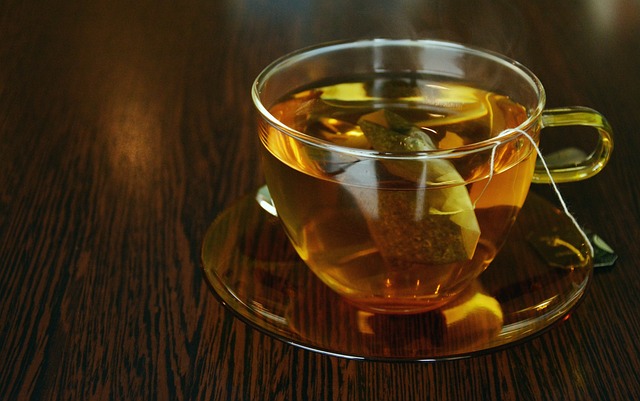 “Five-a-day” and the “eat well guide” are dietary recommendations most people know – but only a few people in the UK know the data that underpins these recommendations, the dietary reference values. This is probably a good thing: for most people, eating a balanced diet is sufficient to meet these requirements and it is never a good idea to overcomplicate food. However, these values are important as they affect not just dietary guidelines but also for example school meals, food labels and foods served in canteens.

Dietary references values have been introduced to ensure that the general public consumes enough vitamins and minerals. Their main purpose was to prevent deficiencies and such values therefore only existed for essential nutrients. This was mainly due to the fact that it was easier to determine deficiencies than optimal amounts.

However, science has progressed and we have now a much better understanding of the link between diet and disease. Reference values for sodium or fluoride are not just based on the prevention of deficiencies but also the prevention of chronic diseases. The introduction of a reference value for fibre was a step change: while fibre is important to reduce the risk of heart disease and cancer, it is not essential.

There is now increasing interest to expand this even further and provide dietary reference values for compounds in foods that are not essential but can prevent chronic diseases. In many ways, this is a significant change from the original approach: the objective is no longer to ensure that people survive but that people can thrive.

Of particular interest here are compounds that are commonly referred to as “bioactives”. These are chemicals found in plants that are not essential but that are known to affect health. They might be one reason why consuming fruits and vegetables generally improves health – but the jury is still out on this. Examples for these compounds are lutein – which can prevent macular degeneration – or flavanols – which can improve vascular function.

Many bioactives have made the front pages of tabloids and broadsheets, but the quality of the data available so far has never been enough to develop dietary recommendations comparable with those for essential nutrients. The development of such recommendations requires a lot of information, especially the impact of bioactive intake on a population scale. Such research is built on a lot of preliminary work: the detailed understanding of the physiological effect of individual compounds, which in turn requires the development of new methods and tools.

Flavanols are a group of bioactives which have been extensively researched and where colleagues from the University of Reading have played a key role. We have investigated the metabolism of these compounds, investigated their effect on the vascular system, developed new methods to measure intake and conducted the largest ever observational study. These results from more than 150 clinical studies including a large clinical study with more than 20,000 participants, COSMOS, have provided a large body of evidence that shows that flavanols can reduce the risk of heart disease.

The wealth of data from these studies shows that although the effect of flavanols on individual risk markers is small, the overall impact on population health can be significant and can provide a substantial benefit to overall health. Indeed, the results suggest that the impact of flavanol consumption is broadly comparable with other dietary interventions such as a modest reduction in salt intake or the Mediterranean diet.

The American Academy of Nutrition and Dietetics (AND) has used their “Evidence to Decision Framework” to investigate whether this is sufficient to develop a more formal dietary guideline. After reviewing all the evidence – including for adverse effects – they concluded that the data is sufficient to recommend a daily intake between 400 and 600 mg a day. This is a food-based guideline: the Academy does not recommend supplements but rather suggests consuming foods that can provide these amounts. The good news is that tea is one of the best sources of flavanols and two to three cups are enough to meet the recommendations.

Gunter Kuhnle is a Professor of Human Nutrition at the University of Reading.