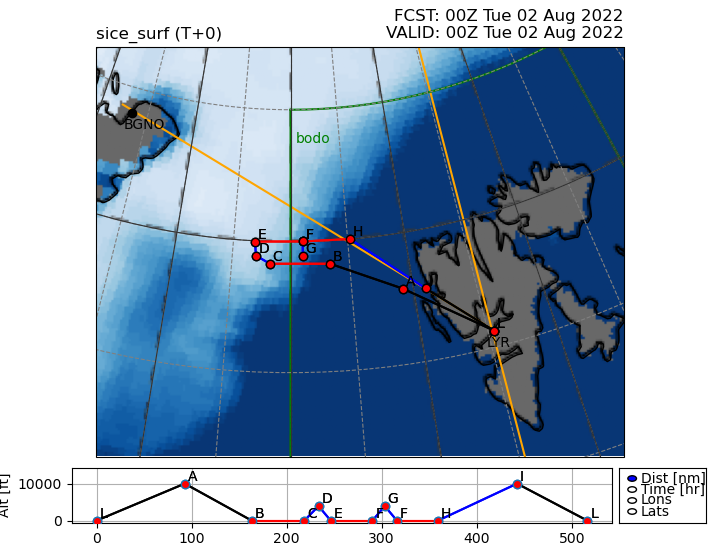 On the third flight of the field campaign, I had my first opportunity to be on the science team flying on the Twin Otter aircraft. We were targeting a region to the north-west, in the Fram Strait between Svalbard and Greenland, where there was forecast to be strong northerly winds over the marginal ice zone. The objective of the flight was to measure turbulent fluxes over the sea ice at low-level. To obtain accurate turbulent flux measurements we would need to fly at 300 ft or lower (in good conditions the aircraft can go as low as 50 ft!).

The flight plan overlaid on the (MetUM) forecast sea ice. The lower panel shows the altitude of each planned leg in feet.

We took off from Longyearbyen at 9am, transiting at 8000 ft to the target region (flight plan L->A->B). As we approached the area of interest we began to descend in preparation for our first planned low-level leg over the sea ice (flight plan B->C). However, low-level cloud and poor visibility meant that we could not safely descend below 500 ft. Unfortunately conditions were similar further north, and we could not descend below 500 ft for the other planned low-level legs (flight plan E->F and F->H) either. Through gaps in the cloud we got a glimpse at the marginal ice zone, beneath a layer of Arctic sea smoke, which made for some pretty pictures! 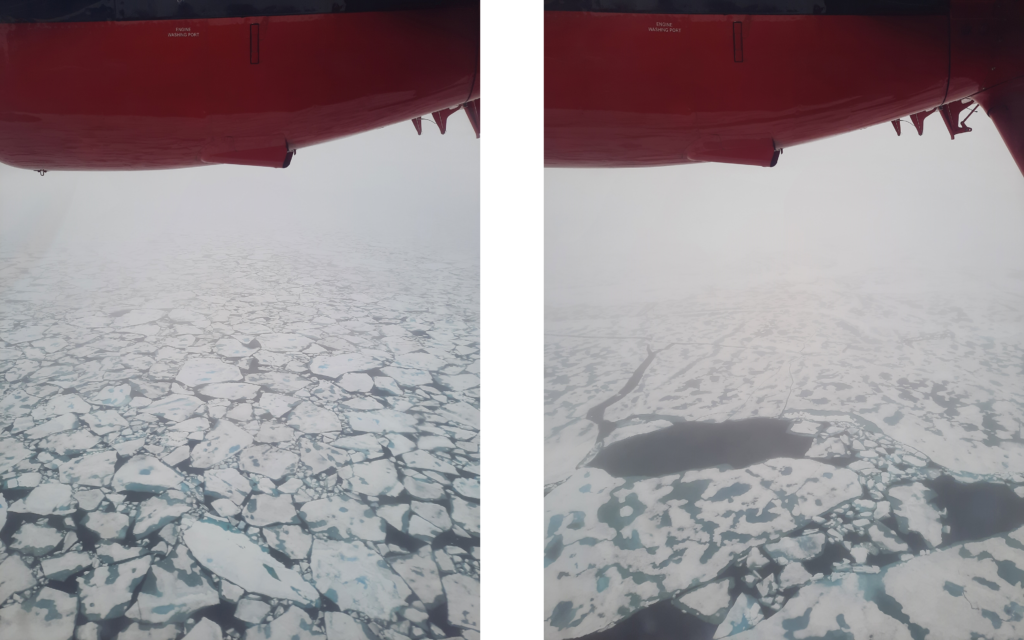 Ice floes in the marginal ice zone from the Twin Otter aircraft at 500 ft.

It was a shame that we were not able to achieve the primary science objectives, but these things happen during field campaigns. The flight was still useful for performing profiles to measure the wind structure in the boundary layer (3000-500 ft), and for our understanding of forecast performance in the region. I really enjoyed my first science flight, and with a cyclone in the forecast for this weekend, I’m looking forward to flying again!