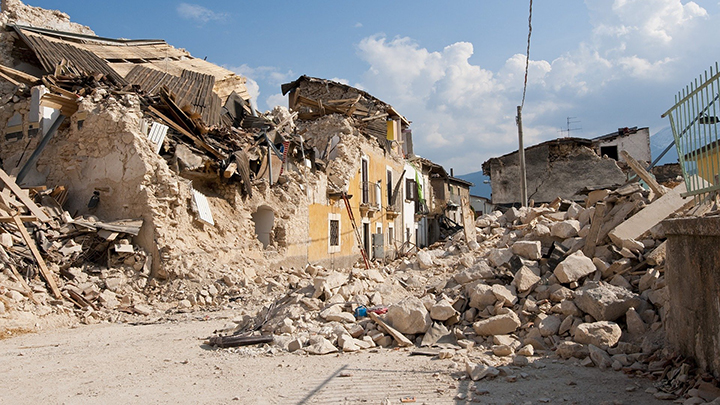 This blog post was originally published on the Walker Institute’s community pages.

Extreme weather events are likely to become both more frequent and more severe as climate change advances. Sudden-onset disasters, such as flooding, mudslides, and windstorms can trigger human displacement, and there has been an increased interest recently in the ways in which climate change may impact upon patterns of disaster displacement. Programmes such as the Nansen Initiative (now the Platform on Disaster Displacement) have been set up to address disaster displacement in the context of climate change. The ‘Zero Draft’ of the International Organisation for Migration (IOM)’s Global Compact on Migration and Refugees, which is currently under negotiation, stresses the need to “address migration movements and trajectories of persons affected by sudden-onset natural hazards … including the adverse effects of climate change.”

At the same time, developments in the new science of ‘probabilistic event attribution’ are making it possible to for scientists to assert with some confidence that a particular weather event is more or less likely to have occurred as a result of anthropogenic climate change (for an overview, see Otto et al., 2016) The idea is that we might be able to determine which weather events are ‘attributable’ to climate change.

These two parallel developments, the increasing concern for displacement due to extreme weather events and the new scientific possibility of event attribution, might be combined in an interesting way. One might think that it will be possible to identify some people as ‘climate displaced’ through event attribution, and that we might be able to hold high-emitters responsible for people being displaced by the impacts of climate change. Indeed, the subtitle of an early paper on probabilistic event attribution, “Will it ever be possible to sue anyone for damaging the climate?” (Allen, 2003) points to the hopes that this new science will bring with it the ability to ascribe liability in this way.

Idil Boran and Joseph Heath call this kind of thinking about probabilistic event attribution ‘tort-like thinking’. Tort-like thinking, however, is not the solution to disaster displacement in the context of climate change. There are a few reasons not to get our hopes up too much here. First, it’s worth recognising that probabilistic event attribution works by assessing the gap between the ‘baseline’ probability of an event occurring due to natural variability, and its probability of occurring in the context of global climate change. This gives us an idea of the probability that an event would not have occurred had it not been for the effects of climate change. But this doesn’t mean that we can say that any extreme weather event was the result of climate change – only that it was made x% more likely to occur. So, how should we determine when it’s appropriate for high-emitters to be held liable? Is there a ‘threshold’ probability that must be crossed? As a basis for policy, determinations about when high-emitters are liable for the costs of any given extreme event are likely to face fierce political contestation.

Second, human displacement is a complicated affair. Even in the context of extreme weather effects, the impacts of climate change are mediated by existing socio-economic institutions, vulnerabilities, and, primarily, the capacities of different groups to adapt. These factors are typically structured along the fault lines of financial capital, gender, and social status. For example, those with financial capital are able to construct more resilient settlements, and, in many places, women are less free to enter the labour market to gain the necessary financial capital to adapt. If we recognise that some are more likely to be able to insulate themselves against the risk of displacement, then it becomes difficult to determine who should bear which costs. Should high-emitters only be liable for the costs faced by those who were unable to adapt themselves? If so, isn’t this unfair to those who have to pay for their own adaptation?

Rather than using tort-like thinking, I would suggest that it’s important to think about disasters and displacement in terms of risk. The German sociologist Ulrich Beck recognised that “in advanced modernity, the social production of wealth is systematically accompanied by the social production of risks” (Beck, 1992).  The production of risk is a negative externality in the usage of fossil fuels, but it is only made visible when disaster strikes. If we really want to hold high-emitters responsible, we need to do so at the point at which risk is produced, not when it materialises. To fairly and effectively address disaster displacement in a changing climate, we need forward-looking principles designed to internalise the costs involved in the production of risks, rather than backwards-looking approaches which seek compensation for particular events.