The good news this morning is that Sean’s paper describing the new method he’s developed to reconstruct palaeoclimate using data assimilation techniques has been published (open access, of course) In the Journal of Advances in Modeling Earth Systems: https://agupubs.onlinelibrary.wiley.com/doi/full/10.1029/2019MS001630 The method produces spatially explicit maps of seasonal palaeoclimate variables from site-based reconstructions and a model-based prior, but is not constrained to reproduce the “climates” seen either by the data or the model. Sean has applied this method, as a proof of concept, to southern Europe at the LGM. Now to conquer the world!

The response of the journal to this paper was interesting – they really embraced the idea of this paper after they got the message that this was really a mathematically based approach rather than a statistical correlation technique. So, I guess that means that someone accepts the idea that knowing about palaeoclimate is really something that will lead to advances in modelling earth systems.

The JAMES paper is Dr Cleator’s first post-being doctored publication. In the flurry of things happening before Christmas, we didn’t get around to celebrating the fact that Sean successfully defended his thesis and is now Dr Cleator. So double congratulations Sean! 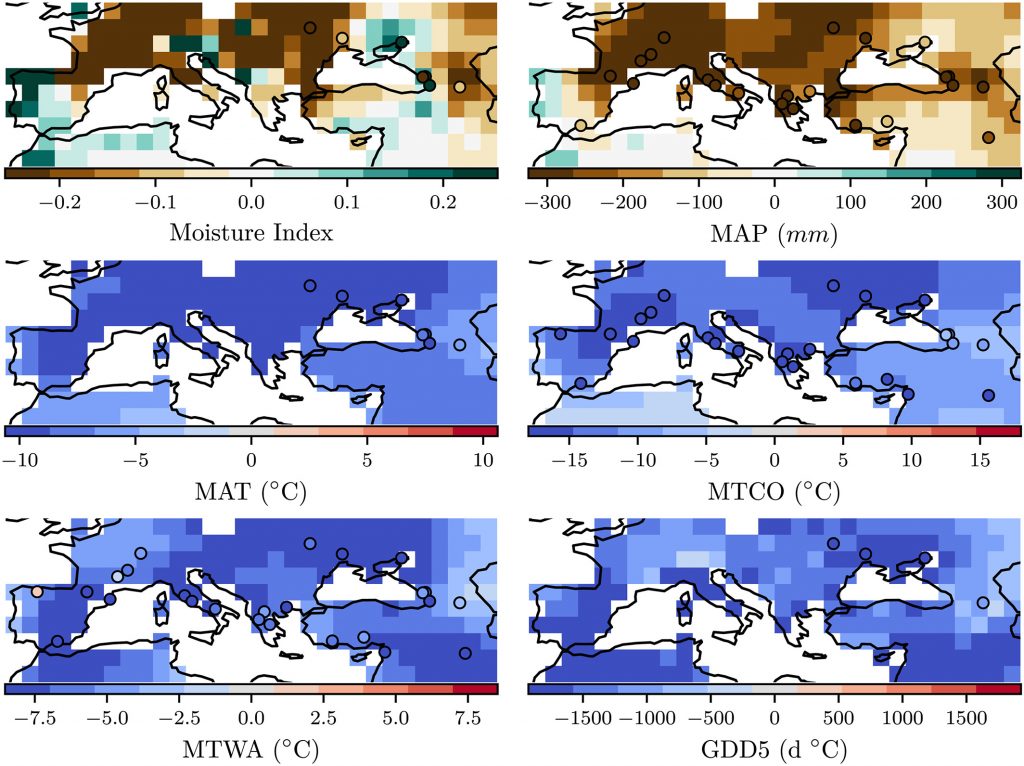 The solution using scaling values of Lt=1 and La=400 produces climates at 50 sites and surrounding grid cells that are close to the reconstructions, as expected, over much of the region. Here the result is dimensionalized and represented by the color field with the dots representing the observations. Observations of α have been translated to moisture index through the Budyko curve with ω=3 as described in Zhang et al. (2004).