Meet the scientists who contribute to the SPECIAL research group.

We are based in the Department of Geography and Environmental Science at the University of Reading. 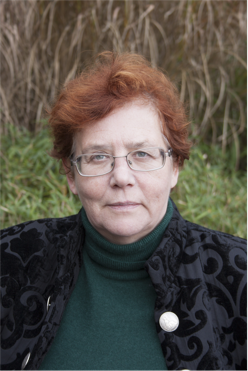 Sandy is a palaeoclimate diagnostician, using large-scale palaeoenvironmental data syntheses and various types of process-based models to study the interaction of climate and the terrestrial biosphere in the geologic past and the present day. The goal of her work is to use the mechanistic understanding of interactions developed under radically different climate of the past to improve our ability to predict the likely trajectory of future climate and environmental changes. In addition to managing an dynamic research program, she is also active in numerous international organisations. As Co-Chair of the Palaeoclimate Modelling Intercomparison Project (PMIP) and as joint leader of the PMIP Data Working Group, she is committed to promoting the analysis and evaluation of the climate and earth-system models used for future projections. As Chair of the World Data System (WDS) of the International Science Council (ISC), she is working to ensure long-term sustainability of data stewardship worldwide. 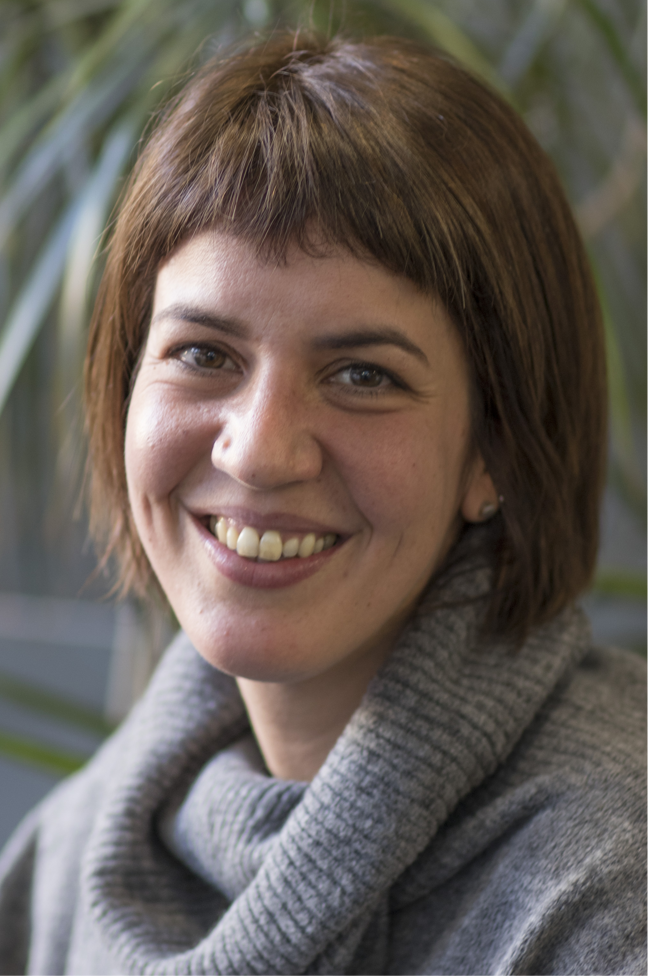 Laia uses the geochemical characteristics of speleothems (cave formations) to infer past climate variability. These high-resolution records are used to examine the role of regional drivers in shaping local and regional climate conditions, as well as for climate model output evaluation.

She is the lead co-ordinator of the PAGES-sponsored SISAL (Speleothem Isotopes Synthesis and Analysis) working group, aimed at developing a global data synthesis of stable isotope records. Preliminary climate model evaluations using the SISAL database have been done as a Charlemont 2018 Scholar of the Royal Irish Academy. Laia is also in the PAGES Iso2k project aimed at investigating decadal to centennial-scale variability, as well as possible secular trends, in hydroclimate over the past 2,000 years. 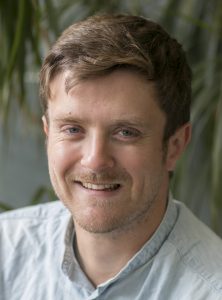 Paul’s research interests are focussed on investigating environmental, landscape and human responses to intervals of abrupt climate change during the last glacial-interglacial cycle. He has used different proxy techniques to construct hydroclimatic (δ18O isotopes, lake-levels), environmental (e.g. sedimentology, plant macrofossils, charcoal) and chronological (14C dating, tephrochronology) records from sedimentary sequences. These records have been used to assess the timing and phasing of environmental responses to warming and cooling intervals across the North Atlantic seaboard.

Paul is working as part of the Leverhulme Centre for Wildfires, Environment and Society, providing expertise on the distribution, timing and related drivers of palaeowildfires. He is also working on the Reading Palaeofire Database (RPD) which is aiming to develop a global data synthesis of charcoal records in order to analyse regional and global patterns in past wildfire regimes. 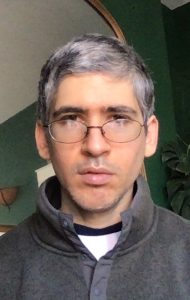 Pablo has done research in climate-vegetation biogeophysical feedbacks at high latitudes, by developing and using a large-scale simple eco-hydrological model, coupled to an intermediate-complexity general circulation model, and running simulations to determine the strengths and mechanisms behind those feedbacks. Although his emphasis so far has been on the Earth system’s behavior over the last few million years, he is also interested in past “hot-house” climates, in understanding the weaker pole-equator temperature difference in past warm global climates low-latitude climate-vegetation feedbacks, climate-fire-vegetation feedbacks, in the state- and forcing-dependency of climate sensitivity, and in using stable carbon isotope records to infer environmental conditions in Earth’s past. He is also interested in simplifying theories (optimality, evolutionarily stables strategies, coordination hypothesis, maximum entropy production (MEP) principle) and in using them to predict small-to-large scale characteristics of the Earth system and its components. His current research includes development of the “P model”, an optimization-based model of stomatal conductance and photosynthesis. 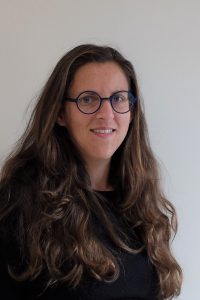 Anne’s primary research area is the behaviour and resilience of peatlands. Her approach relies on interdisciplinarity and combines ecology, hydrology, biogeochemistry, the water and carbon cycles, as well as land-use changes and management strategies. Her research involves a wide range of latitudes and systems and considers local to global scales. Focusing mainly on modelling experiments, she actively works at developing new methods to integrate field and lab data into process-based modelling.

Her current work includes the development of a new model for low-latitude peatlands integrating vegetation, carbon and hydrological dynamics and the modelling of the impacts of peat fire on peatlands carbon balance. 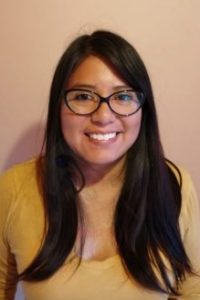 Esmeralda works with late Quaternary databases of pollen records at mid-latitudes. She uses this data to produce vegetation maps as a source of information about spatial dynamics of plant communities and climate through time.

Currently her PhD work is centred at reconstructing spatio-temporal changes of vegetation and climate in the Mediterranean region using Holocene pollen data from the EMBSeCBIO database, the European Pollen Database (EPD), the African Pollen Database (APD) and the Modern Pollen Data for Climate Reconstructions (SMPDS). As part of her research, she both developed from the literature and by SPECIAL group members to assess their robustness. 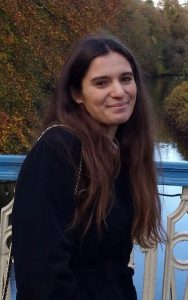 Olivia is a PhD student in the Life Sciences Department at Imperial College,  part of the latest QMEE (Quantitative Methods in Ecology and Evolution) cohort and a member of the Leverhulme Centre for Wildfires, Environment and Society. Her primary interest is exploring the impact of CO2 on fire regimes and ecosystems in rapid warming events (notably the Dansgaard-Oeschger events). As part of her PhD, she is working towards building a global fire model that, coupled with a dynamic global vegetation model would allow for improved simulations and predictions of the effect of increasing atmospheric CO2 on the global fire regime and associated impacts on ecosystems. Notably, she is interested in exploring the potential for ecosystem shifts driven by fire disturbances. 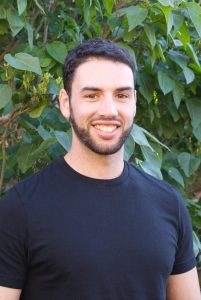 David aims to reconstruct paleo fire regimes in the northern extratropics over glacial and interglacial climate changes. During his PhD, he will address this by using charcoal data from the global charcoal database and further unpublished paleocharcoal records.

Furthermore, he is interested in understanding how fire regime shifts over these timescales may relate to vegetation change, and will use various pollen databases to understand feedbacks between fire and vegetation in the context of large scale changes in climate. 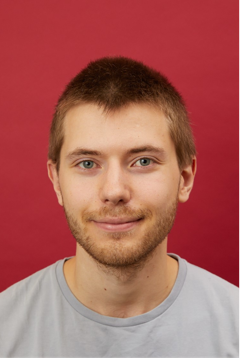 Alexander’s primary research interest is to investigate wildfire models and to improve their capacity to represent the ecological impacts of future wildfire changes. He is also interested in investigating whether controls on wildfire vary regionally, and how this is represented by different fire models.

Currently, he is working on analysing the relationship between burnt area and different biophysical variables and other variables, such as above ground biomass. He is using the INFERNO3 global fire model in perturbed-parameter experiments in order to help address the above questions.

Alexander is currently studying for a QMEE PhD at Imperial University. 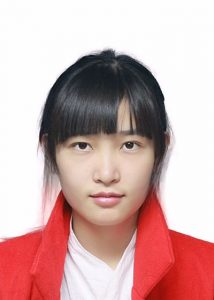 Mengmeng focuses on Earth system feedback. Her previous master’s work was developing a more rigorous theory for palaeoclimate reconstruction, which showed that WA-PLS is a special case of the theory when taxa tolerances are all equal and this new theory has greatly reduced the compression bias in WA-PLS. This would help with the current PhD project by providing a clearer past.

Her current work is to explore the potential relationships between SST (sea surface temperature), CO2 and dust. When you look back into the data of SST, CO2 concentration and dust between glacial and interglacial periods gained from the ice core, you would find a very similar trend in the changes of SST and CO2 concentration, and some key changes were often related to the abrupt increase of dust, so there might be some potential relationships between them. This would hopefully reveal the potential hidden rules of Earth system feedback and provide some very useful information for the feedback today. 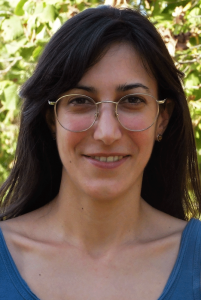 Giulia works at developing mathematical models to predict vegetation response to climate change. With a background in ecology and eco-physiological processes, she has a strong interest in how plant interact with their environment – and vice versa – and how these interactions can be translated into mathematical models and have an impact on the atmospheric composition.

She is currently involved in a PhD project at the Imperial College London, that is carried out in collaboration with the European Centre for Medium-Range Weather Forecasting (ECMWF) and the University of Reading. Her PhD work involves the deployment of a new ecosystem model that combines satellite observations with eco-evolutionary optimality theory to predict canopy-level conductance and improve medium-range weather forecasting. 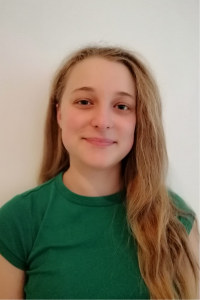 Sarah investigates monsoon dynamics over the Holocene period (the last 12,000 years) using palaeoclimate records of hydrological change, including speleothem and lake-level data. Her research involves the analysis and comparison of these records to reconstruct changes in the extent and magnitude of northern and southern hemisphere monsoons, and comparison of these reconstructions with climate models. 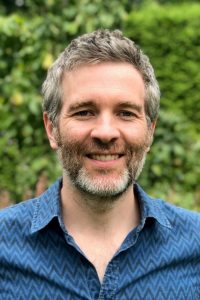 Luke’s research is focussed on investigating the effects of anthropogenic land-use change on fire regimes during the pre-industrial era, against the context of climate-driven changes. His work involves the analysis of charcoal-based records of paleofires, pollen-based information on changes in land cover, and archaeological data on population changes and land use during the Holocene, as well as analysis of existing climate and fire-enabled vegetation model simulations.

Luke will be working as part of the Leverhulme Centre for Wildfires, Environment and Society. As part of this PhD project, he is also hoping to design and implement new experiments with a fire-enabled vegetation model to test the impact of changing climate and LULC on fire regimes in the past. 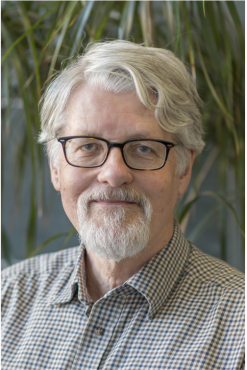 Mark examines rapid climate change and its effect on vegetation using pollen accumulations in lake sediments. He examines modern pollen assemblages and uses the relationships between pollen and climate to infer changes in climate variables through time.

His current work focuses on the last glacial (~20,000 years ago to ~120,000 years ago). During this time, there are at least 20 periods of rapid temperature increases (Dansgaard-Oeschger cycles) with similar rates of change to what the world is currently experiencing. Pollen assemblages in lake sediments reflect these changes, and the modern pollen-climate relationships may be used to quantitatively reconstruct climate changes during these events. This work helps in answering questions about the fate of vegetation under current and future climate change. 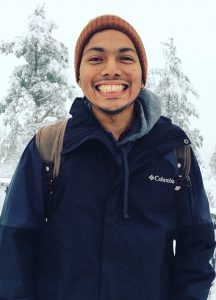 Roberto provides programming and database support, including assisting in running and analysing model simulations of past climate & environments and designing & managing palaeoclimate databases.

A constructed and managed databases within the group. These include the SISAL (Speleothem Isotopes Synthesis and Analysis) and GLSDBv2 (Global Lake Status Database version 2) databases. He also managed other on-going databases used within the group such as EMBSecBIO and other pollen databases. 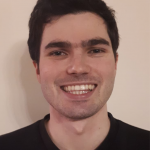 Sean worked in developing mathematical tools to find new ways to use, generate, and interpret climate data.  During his time in SISAL, he used pollen reconstructions and outputs of climate models from the 3rd round of the Palaeoclimate Modelling Intercomparison Project using a variational data assimilation technique. 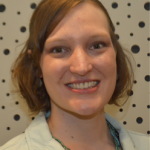 Bronwyn focused on the reconstruction of Australian rainfall during the Last Glacial Maximum (approx. 22,000 years ago) and through the Holocene (the last 10,000 years), as a part of the Global Lake Status Database v2. 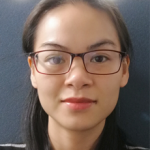 Mengna’s work in SPECIAL was based around the creation of the Global Lake Status Database v2 to analyse mechanisms of past climate and environmental changes. She used lake basin characteristics to infer sedimentary processes and hydroclimate change in the Tibetan Plateau region. 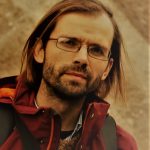 During his research visit, supported by the Polish National Science Centre under the Uwertura 2 fellowship, Łukasz developed a project proposal to quantitatively evaluate the wind impact on European forest ecosystems and windthrows (toppled trees) and its consequences on soils and hillslope microrelief. 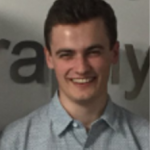 Nick reconstructed high resolution environmental change from varved lakes in Mexico and Turkey through the Holocene and explored the potential relationship between environmental and societal change. He was also part of the team developing the Global Lake Status Database v2, focusing in Central America and the Caribbean. 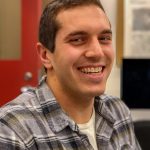 As part of the Leverhulme Centre, his work focused on understanding global and regional fire histories and their drivers, comparing model and palaeofire data, and calibrating palaeofire proxies to their carbon cycle impacts. 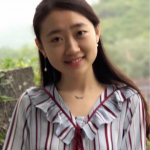 Dongyang focused on reconstructing climate and vegetation changes in semi-arid Spain from the Last Interglacial (~130,000 yr BP) to the recent times and improving the paleoclimate reconstruction method.