When I tell people about what I do for a living (a food scientist), I invariably get the same reaction. A roll of eyes and criticism about how the problem with food science is that it’s always telling me that red wine is good, then it’s bad, then it’s good, depending on the day of the week. The truth is that the field of nutritional epidemiology, the study of big populations and how the food they eat affects their health, has struggled for some time with very bad PR.

This bad PR stems from the fact that these studies usually rely on what people tell us they eat, and not what they actually eat. This can work well for some aspects of the diet – dietary patterns, for example – but not others, especially individual foods or food components. 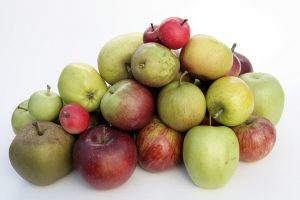 There are two main problems: first, people don’t always correctly report what they eat and generally claim to eat more of what is considered to be healthy and less of what is considered to be unhealthy. This affects the correlation we observe and sometimes even reverses the outcome. For instance, self-reported sugar intake is associated with a lower body mass index (BMI), whereas we have shown previously that actual sugar intake is unsurprisingly associated with a higher BMI. This problem is well known and has been discussed among nutritionists for decades. There are some sophisticated methods to address this, but they’re not always possible to use.

The second one is more difficult to address but has arguably a much larger impact when investigating individual compounds, such as vitamins, minerals or bioactives such as caffeine or flavanols – food is not standardised. The variability in food composition is huge, even in foods harvested from the same plant. In the 1960s, researchers analysed the composition of apples on a single tree and found more than twofold differences in the composition of these apples. Also, composition changes during storage and, of course, preparation. However, in nutrition research, we often have to rely on published food composition data and use a single value. For example, for each apple, we assume it contains 9mg of vitamin C, when in reality, this can be very different.

What does this mean? It means that it is impossible to estimate the actual intake of a compound based on dietary data and food composition data alone. A cup of tea contains between 1mg and 600mg total flavanols. Yet in most analyses, this will be standardised to 125mg per cup. This has huge consequences, as the estimated intake of flavanols no longer depends on the actual intake, but simply the consumption of certain foods. Most studies conducted so far have this weakness.

The best way to address this problem is by measuring what is taken up by the body, using so-called biomarkers. We can do this for example in urine, but also in blood and hair. This method tells us exactly what a person has consumed and does not rely on food composition data or the person telling us what they ate. But this approach is expensive and needs a lot of preparation, which is the reason there have not been many large-scale studies so far.

We decided to use this approach to investigate the association between flavanols and blood pressure. Flavanols are found in a wide range of foods, such as tea, apples, wine and cocoa. Several smaller studies have shown a beneficial effect on blood pressure, and their effect on cardiovascular disease risk is currently being investigated in a large trial. There is, however, no reliable data on their effect in the general public when consumed as part of a normal diet.

Such a project required a lot of planning and preparation, and it took almost ten years from start to finish. We had to identify the most suitable biomarkers first and then develop analytical methods. Our colleagues from the University of California, Davis, as well as food manufacturer Mars Inc., conducted groundbreaking research into the metabolism of flavanols in humans and developed methods to synthesise these metabolites so we could identify the most promising biomarkers and establish that they provide an accurate estimate of intake. At the same time, our colleagues from EPIC Norfolk and the MRC Epidemiology Unit, as well as from LGC Fordham Laboratory, set up the infrastructure to process more than 25,000 urine samples.

The results of the study were exciting: for the first time, we could show that there was a statistically significant, meaningful difference in blood pressure of 1-3mmHg between those with high and low-flavanol intake. This difference is similar to the effect of reducing salt intake or adopting a Mediterranean diet.

There was a much more important finding, though. When comparing objectively measured flavanol intake with data estimated using the traditional method, we found only a very weak correlation. This shows that combining self-reported data with food composition databases is unlikely to provide a reliable estimate of flavonol intake – and the same is probably true of many other compounds with high variability in food composition.

Gunter Kuhnle a professor in the Department of Food Nutrition.