When we stop seeing ourselves as powerless individuals and consider ourselves part of a collective, we can tackle the climate crisis, says Professor Tom Oliver in a recent post for The Conversation. 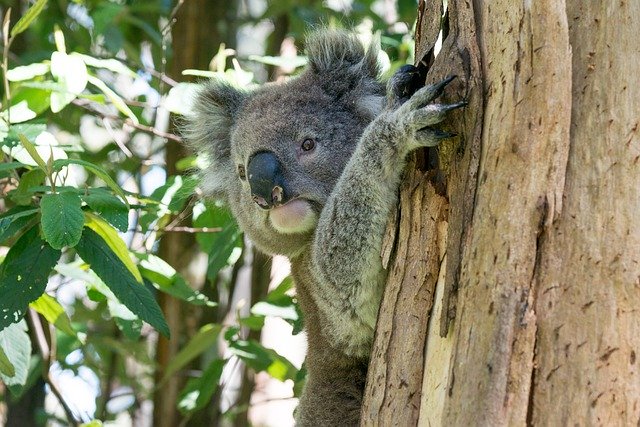 Climate change no longer seems just a future threat. In 2019, major fires in Australia, Russia and California burned over 13.5 million hectares of land – an area four times greater than the size of Belgium. Major floods and cyclones displaced over four million people in Bangladesh, India and Iran, while entire townships were laid to waste by storms such as hurricane Dorian in the Bahamas.

This year, things show no sign of letting up: the Australian fires continue, Greenland ice sheets are expected to lose another 267 billion tonnes of ice and thawing Arctic permafrost is causing positive feedback effects that will intensify climate heating and future impacts.

In the face of such a global catastrophe, it can seem futile to take any action, individually. Over 36 billion tonnes of CO₂ are emitted globally every year, with each of us responsible for a fraction of this (for example, each person in the UK is responsible for around 5.8 tonnes; each person in India 1.8 tonnes). Even if we reduce personal CO₂ emissions, there are billions of other people who might not, plus a vast global economic system whose trajectory seems immovable. It seems unlikely that our lone actions and voices can really make a difference.

But our actions do matter. The global environment is withering from the accumulation of billions of small impacts. Each of our individual purchases or travel choices is a vote for how we treat other people and the natural world, and even if we don’t directly see the results, our votes do count.

Our choices ripple across the surface of the globe and accumulate to create seemingly unstoppable tidal waves of destruction. And those big global institutions that seem so powerful are actually just made up from our collective worldviews (past and present). We are not individuals fighting against some kind of faceless system: we are the system that needs to change.

As I explore in my new book The Self Delusion, scientific evidence from a wide range of disciplines shows that we are not isolated individuals, despite often perceiving ourselves this way.

There are many ways in which this can be observed. To start with, most of our 37 trillion human cells have such a short lifespan that we are essentially made anew every few months, directed by a genetic code that is a shared heritage not just of humanity but all life on Earth.

Our minds, meanwhile, are deeply influenced by other people – every word, touch, pheromone received from others alters the neural network in your brains, so you cannot really call yourself the same person you were when you woke up this morning. And the new science of social networks shows that we are linked together so closely that ideas, behaviours and preferences flow between us in a way that makes it unclear where one mind ends and another begins.

What’s more, new research in the field of environmental psychology finds that when we acknowledge this interconnectedness, we care more for others and the natural world. This idea was first speculated by “deep ecology” philosophers such as Arne Naess and has now been confirmed through modern quantitative surveys.

When people feel more connected to nature according to various metrics, they tend to have greater happiness, autonomy and personal growth, as well as stronger attitudes and behaviours towards protecting the environment. Similarly, when people score highly on metrics assessing social connectedness, they tend to have lower anxiety, greater wellbeing and more empathy.

To gain all these benefits, we need a change of mindset. It is often said that when we are young and optimistic, we strive to change the world around us, but when we are older and wiser, we realise the futility of this and aspire to change ourselves instead.

Yet to solve the major environmental problems the world now faces, we actually need to do both – to change the world andourselves. In fact, it is even more nuanced than that – because changing ourselves is a prerequisite for changing the world. Realising the true nature of our human connectedness actually engenders more ethical and environmentally responsible behaviours.

So how do we achieve this? Once again, recent scientific research can help by identifying the most effective approaches. Outdoor community activities and environmental education increase both our psychological connectedness to others and the natural world, as do meditation and similar practices. Even computer games and books can be designed to increase empathy. These offer empowering ways to become part of something bigger, to overcome the delusion of individual isolation.

So although the impact of a lone individual to tackle climate change is negligible, fortunately, you are not just a lone individual – you are part of something much greater. We are deeply connected to one another at both a physical and psychological level, and when that truth is genuinely acknowledged, we act differently, becoming more compassionate and caring for each other and the environment.

Our interconnectedness also means that positive behaviours can cascade to influence many others. When we consider ourselves part of a collective, we can tackle the climate crisis.

This post first appeared on The Conversation, 23 January 2020.Tom Oliver is Professor of Applied Ecology at the University of Reading and leads our Ecology and Evolution Research Division. His research focuses on understanding the interactions between land use and climate change on biodiversity and the consequent impacts for ecosystem functions and services.

Read our research highlight about Tom’s work and see his previous blog posts on his new book, The Self Delusion, why switching to organic food will not solve the climate crisis, tipping points for loss of biodiversity, how a major science mobilisation is needed to meet the challenges of climate change, how British wildlife fared during the 2018 drought and on tracking the ‘silent’ changes to the UK’s biodiversity.