Chronic disease, low income, depression, difficulty in cooking for themselves or in getting to the shops are all contributing to poor nutrition in the elderly. Reading PhD student and dietician Taibat Ibitoye explores the issues in a recent post for The Conversation. 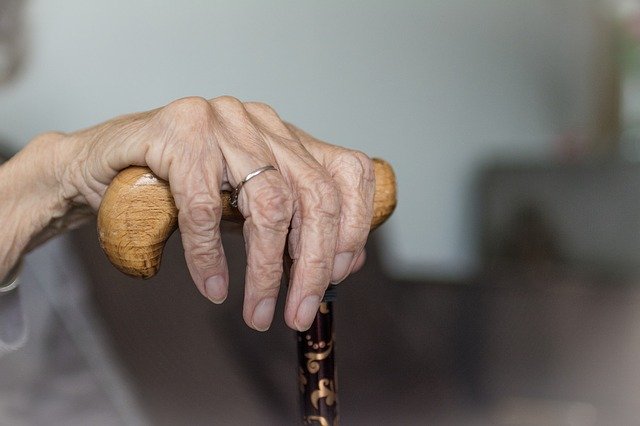 While the obesity crisis is still considered the foremost public health epidemic in the west, one often overlooked condition is quickly becoming a growing concern. Malnutrition, sometimes referred to as under-nutrition, affects an estimated 3 million people in the UK alone. Globally, around 462 million adults are malnourished.

Malnutrition is a condition where a person is deficient in nutrients, such as protein, vitamins and minerals, or not getting enough calories. This has many effects on health and body function, including increased frailty, delayed wound healing, and higher mortality.

Not only that, malnutrition will cost UK health services £13 billion this year alone – and is predicted to cost £15 billion in ten years. Reports also show that it’s also two to three times more expensive to treat someone who is malnourished, compared with someone who is well-nourished. This is because they need more resources to treat them, and a range of health conditions may develop as a result of malnutrition.

But data shows that people aged 65 years and over are more likely to be malnourished compared with any other age group. And this number is on the rise. In the UK, adults over 60 admitted to hospital with malnutrition increased from 1,405 in 2008 to almost 5,000 in 2018.

Several things might contribute to malnutrition in the elderly, including swallowing difficulties, poor dentition (such as having missing teeth), mobility issues, acute and chronic illnesses, and not meeting changing nutrient demands – such as not getting enough protein. Another reason might be because almost 93% of people who are malnourished live at home, which means their nutritional health is often not monitored. Loneliness, depression, being unable to cook for themselves, having trouble accessing shops, and low income also contribute to poor nutrition in this age group.

A person is considered malnourished if they have a body mass index (BMI) under 18.5, or have unintentionally lost greater than 10% of their weight in the last three to six months. People with a BMI of less than 20 with an unintentional weight loss greater than 5% within the last three to six months might also be considered malnourished.

But it’s not always easy to spot the signs of malnutrition. Part of this is because it can happen gradually over a long period of time or signs often being considered as a natural part of ageing. But some common signs of malnutrition in older people may include their clothing, jewellery and dentures becoming loose, having a reduced appetite, lack of interest in food and drink, tiredness, altered mood, and weakness.

Healthcare providers in primary care or care homes will use screening tools to identify those at risk of malnutrition, or needing further assessment. These tools look at a person’s BMI, alongside the amount of unplanned weight loss they’ve experienced in the last six months to determine their risk. But for those living on their own, their nutritional status could still be overlooked. As malnutrition numbers continue to grow, friends and family members of older people are being urged to look for possible signs of malnutrition.

The first step in preventing and managing malnutrition is to focus on increasing calories and protein intake using a food-first approach, which aims to improve a person’s nutrition through diet alone. This includes:

But improving nutrition alone might not be the only solution to malnutrition. People might need help with eating and drinking, they may need better fitting dentures, or they might need foods that are easier to chew and swallow. For those that are lonely, eating in a pleasant environment might also be key to building their appetite. And for those with financial difficulties, they might need help accessing food items.

In some cases, people with disease-related malnutrition might need oral nutrition supplements, which will provide them with energy, protein, and other essential nutrients and mineral. But evidence shows that providing dietary advice, support and guidance with or without an oral nutrient supplement, is effective in increasing nutritional intake and weight. In severe cases, nutrition can also be provided by tube feeding, which is usually done in a hospital or supervised by healthcare professionals.

Identifying those at risk of malnutrition early, understanding how to manage dietary needs and overcoming potential barriers to adequate food intake, is essential, given the serious health and financial consequences linked to malnutrition.

This post first appeared on The Conversation, 23 January 2020. Taibat Ibitoye is a dietician with experience working within the NHS as an Acute Dietitian. Her PhD research (with input from Apetito and the Food and Nutritional Sciences Department at the University of Reading) focuses on the effects of texture modified and regular meals fortified with protein on appetite and dietary intake in UK older adults.