There are clear health and environmental benefits to working a four-day week, but robotics, artificial intelligence and investments in less carbon intensive infrastructure would be needed to make it work says Henley Business School’s Professor Anupam Nanda in a new post for The Conversation. 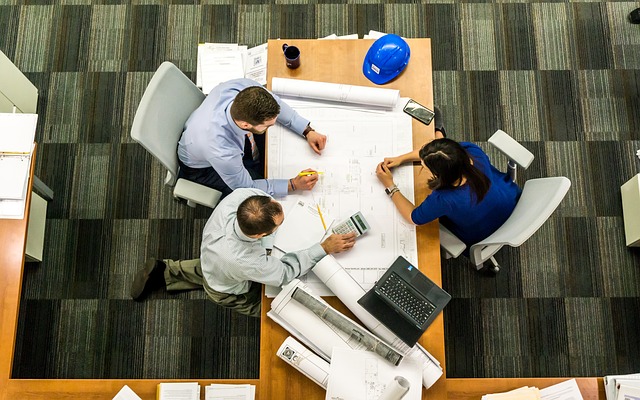 The idea of a four-day working week is gaining traction. Recently, several high-profile companies have trialled reduced hours. And in the UK, the Labour Party has pledged a 32-hour four day work week within ten years should it come to power.

A number of research studies, including one by my colleagues and I, show clear benefits such as improvements in employee satisfaction and productivity, savings on commuter costs, and fewer days absent through sickness.

However, this wave of interest in a four-day week is no longer just about worker wellbeing – it is also about the environmental impact.

Several reports and commentators have identified various ways a four-day week could reduce our carbon footprint. Using data from 1970 to 2007 for 29 OECD member nations, a 2012 study found that a 10% reduction in work hours may lead to declines in ecological footprint, carbon footprint, and CO₂ emissions by 12.1%, 14.6% and 4.2% respectively.

Where would these savings come from? The most direct way a four-day week could cut emissions is by reducing carbon-intensive commutes, and our study indicated this has significant potential for a “green” dividend.

Our research was based on a sample of 505 business leaders and owners, representing a variety of different sized organisations, and a separate sample of 2,063 adults, designed to reflect the UK in terms of age, gender and religion. We asked everyone how a four-day week would affect their commuting habits and then applied their answers to DfT National Road Traffic Survey data.

We found that, if we scaled up the results to apply to the UK, a national four-day working week would reduce the number of miles driven by employees travelling to work by 558 million each week. This in turn would reduce fuel consumption and travel costs. In this scenario, car mileage could reduce as much as 9%. More than half (51%) of employees said they would drive their car less, most commonly reducing weekly mileage by 10-19 miles.

Less time spent in traffic is good news for other reasons: it can lead to health benefits, lowering the demand for carbon-intensive healthcare products and services such as hospital treatments, visits to GP or medications. Avoiding the stress and anxiety of a traffic jam is also good for mental health, especially among women.

With a three-day weekend, there are more opportunities for workers to exercise, spend time outdoors or do others things that improve their physical and mental health. This in turn means less demand for carbon-producing healthcare services.

Working one day less per week means less need for goods and services we use daily in the workplace. Computers and machinery will last longer, stationary and uniforms won’t need replacing as often, cleaners won’t need to work as much, and so on. There will be less need to produce these goods and services using carbon-intensive technologies and natural resources.

It’s potentially a virtuous cycle, as a better environment with less pollutants can improve productivity levels. Therefore, environmental benefits from four-day week can also be viewed as an investment in human capital.

It’s not entirely positive though

A four-day week can also have some negative environmental impacts. Policies and strategies are needed to minimise the adverse effects and maximise the “green” dividends.

Net benefits depend on how workers use the three-day weekend. If they use that extra day off to take a flight for a short break, drive a fancy sports car, or even to watch TV at home with the heating or air-conditioning cranked right up, then those fewer working hours could even be bad for the environment.

A four-day week may not achieve the full range of benefits if the work of five days is crammed into four days with longer hours (as happened in one experiment in the US state of Utah). Workers may have to prioritise tasks and work longer hours. This can cause anxieties, performance-related stress and an increase in demand for health services.

Unaffordable house prices across many parts of the UK, along with slow wage growth, means any loss of income due to a four-day week may force workers to top up their salaries with extra jobs. This would negate the environmental benefits of that supposed day off.

What needs to be done?

New technologies such as artificial intelligence and robotics can lead to productivity gains, and we need to utilise this wisely if a four-day week is to achieve the same output as the standard five days without job or income losses.

It is crucial that workers understand the full range of issues of four-day weeks. Organisations should invest and provide support, and appropriate training programmes should be rolled out.

Finally, workers must be willing to change their perspectives and make positive behavioural changes. This would make the four-day week concept work for them, their families, their employers and for the environment.

This post first appeared on The Conversation, 4 October 2019. Anupam Nanda is Professor of Urban Economics and Real Estate at the Henley Business School, University of Reading, UK. He has previously worked with the Market Intelligence group of Deloitte & Touche in Mumbai where his focus areas covered real estate and private equity sectors and was Senior Research Economist at the National Association of Home Builders (NAHB) in Washington DC where his responsibilities included developing and implementing housing market research studies.