The MENTICA team conducted an 11-week season of excavations at the Early Neolithic site of Bestansur between March and June 2019. The season focused on Trench 10 to extend excavations from previous seasons. It is clear that there are multiple Early Neolithic mud-brick buildings in this area of the site, with major potential for investigation of activity variability across different spaces and buildings. By expanding to the north, east and west, we connected Trench 10 to Neolithic levels identified in Trenches 1 and 6 (excavated in 2012). We excavated more of the exceptional number of human remains buried within Building 5, with at least 16 individuals represented amongst the disarticulated burials. Among the remarkable finds from the excavations was a stone ear stretcher or plug found resting on the side of a skull – one of the earliest examples in the world.

To read more about our activities during the field season, you can download our short field report here. 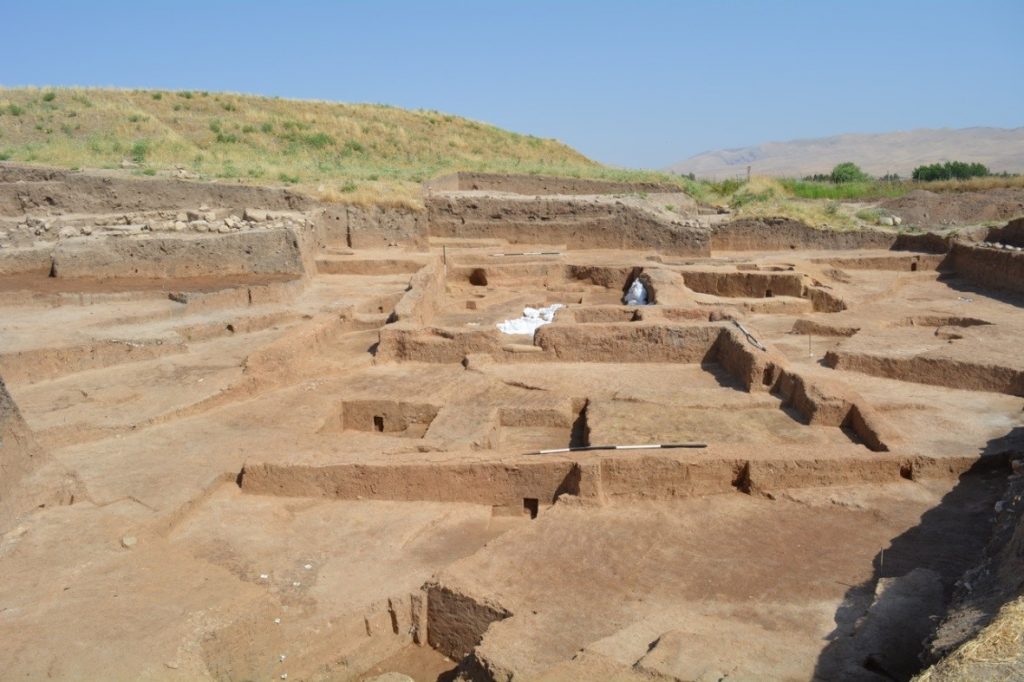 Additionally, a team from the University of British Columbia conducted four weeks of excavations in Iron Age and Sasanian levels at Bestansur, directed by Dr Lisa Cooper and assisted by Dr Lynn Welton. Throughout the season we benefited from the expertise and hard work of local workers, including residents of Bestansur village, to all of whom we are very grateful. We are delighted to have hosted visits by staff and students from Sulaimani Polytechnic University and the University of Sulaimani led by Dr Rozhen Mohammed-Amin and Dr Rafida Qaradaghy and to be building research collaborations on environment, ecology, and architecture at Bestansur.