Sandy has just returned from a ten-day trip to Bangalore, which was originally planned to coincide with the PACMEDY stakeholder meeting in Pune and opportunities to give lectures at the Centre for Ecological Sciences. Alas, since the world is going virtual because of the Covid-19 virus, the meetings and lectures didn’t happen. But we did get chance to go into the field and look at vegetation in the Western Ghats. Thanks to Dr. H.S. Suresh, who knows every single tree in the region, and Arpitha Jayanth (who supplied the elephant photographs). The Centre for Ecological Sciences (http://ces.iisc.ac.in/new/) has been running long-term monitoring plots in this area to look at plant population changes through time. The plots span a rainfall gradient, going from dry thorn woodlands through to moist evergreen forests, including tropical montane forests (shola). The shola forests are mainly confined to valley locations and the ridges between are covered by grasslands — which we didn’t get to visit. There is the usual controversy about the origin of the shola-grassland mosaic: is it maintained by local climate variability? are the grasslands anthropogenic? does fire play a role here? Palaeo-records should help to disentangle this question, and there have been some classic studies from the Nilgiris which would be worth re-examining, although it may be difficult to find more good sites. The diversity of forests in this region also makes it a good candidate for trait-based analyses — the rainfall gradient is very strong and clearly reflected in morphometric traits, so it would be good to look at the changes in photosynthetic and hydraulic traits along this gradient. The only potential problem is the fauna. The sites we visited were either in or close to the Mudumalai National Park (https://www.mudumalaitigerreserve.com/) and the Bandapur Tiger Reserve and National park (https://bandipurtigerreserve.in/). However, the forest rangers that we took with us assured us that the tigers are shy and the real problem for fieldworkers was the elephants. They may look cute, especially the babies, but they don’t like strangers in their forests — and having seen the damage that they can inflict on the trees, I can well believe that you should leave them well alone! However, the folk from the Centre for Ecological Sciences have been successfully monitoring the area for the last 30 years, so anyone for fieldwork with elephants? 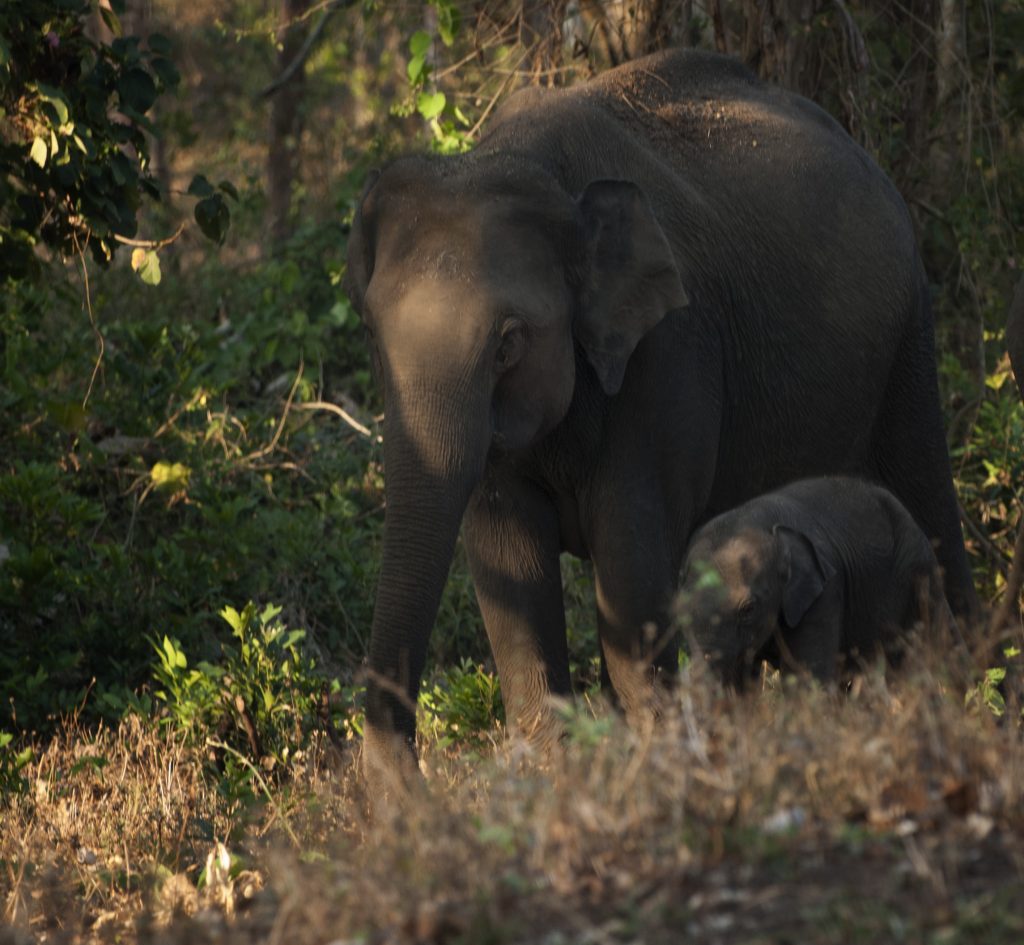