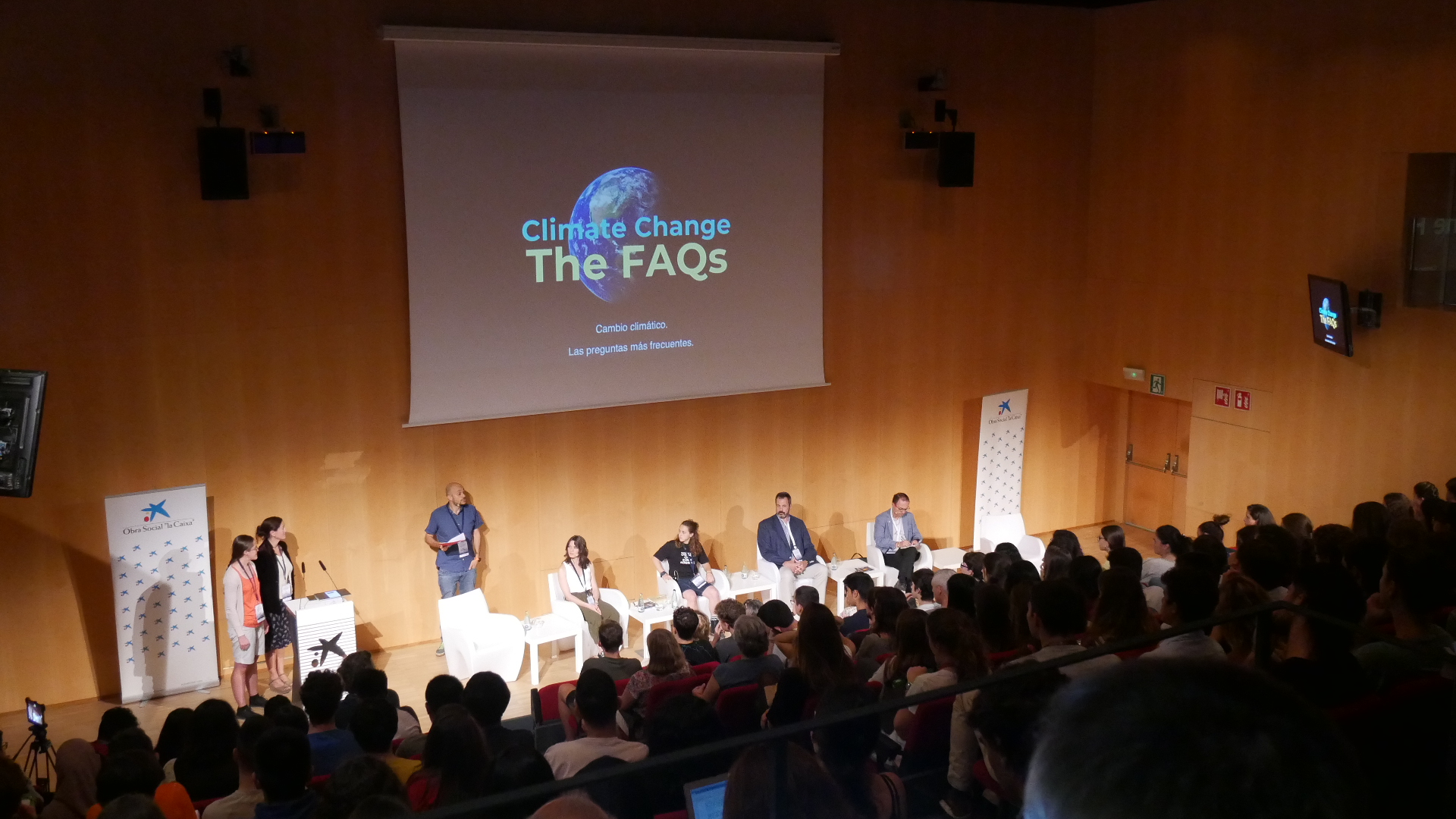 What are the causes of climate change? And its consecuences? What can we do about it? These are some of the questions posed by Secondary School students about climate change that the video “Climate Change: the FAQs” tries to address.

This video was prepared by myself along with 7 other researchers from Universities and Research institutes from the UK, Spain and France: Armand Hernández (ICTJA-CSIC), Belen Martrat (IDAEA-CSIC), Celia Martín Puertas (Royal Holloway University of London), Paola Moffa-Sánchez (Durham University), Pablo Ortega and Eduardo Moreno Chamarro (BSC-CNS), and Didier Swingedouw (CNRS). 126 students from four secondary schools in Barcelona sent us 170 questions on climate change and we prepared the script of the video based on the most recurrent questions under 5 topics: causes, knowledge, consequences, irreversibility and solutions.

Coinciding with the Global Climate Strike action starting on September 20th, we presented “Climate Change: The FAQs” on Friday 27th September in an outreach event in Cosmocaixa (Barcelona), where students, researchers and media exchanged their knowledge and concerns related to climate change.

After the screening of the video, there was a round table with Aitana Ralda (representative of “Fridays for Future Barcelona”), Isabel Moreno (science communicator and meteorologist of the Spanish TV program “Aquí la Tierra”), José Miguel Viñas (science communicator, consultant of the World Meteorological Organisation and meteorologist from Meteored) and Salvador Samitier (Director of the Catalan Office for Climate Change). The students’ engagement in the topic prompted an informative and lively discussion with the scientists and the members of the panel. We would have needed at least a week to answer all their smart questions!

This outreach event wrapped up a fruitful 3-day PAGES-supported meeting “CLImatic MOdes of VARiability (CLIMOVAR) over the Holocene: model-data synergies to improve future projections” led by Armand Hernandez. During this workshop, we explored synergies between data-based palaeoclimatologists, palaeoclimate modellers and statisticians for a better evaluation of prevailing atmospheric/oceanic circulation modes during the Holocene on interannual-to-centennial timescales. 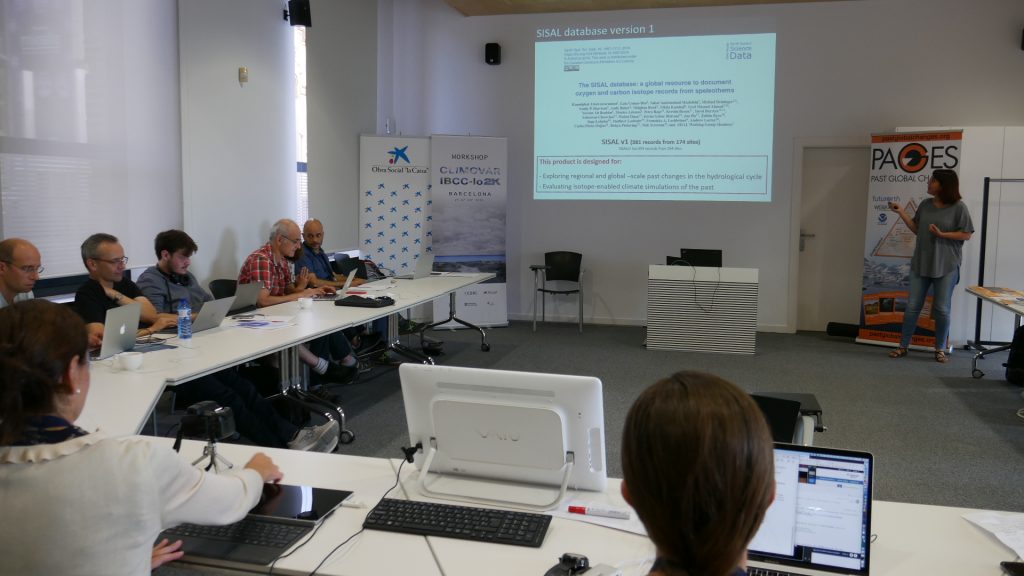 This is me presenting the SISAL iniative to the CLIMOVAR group.