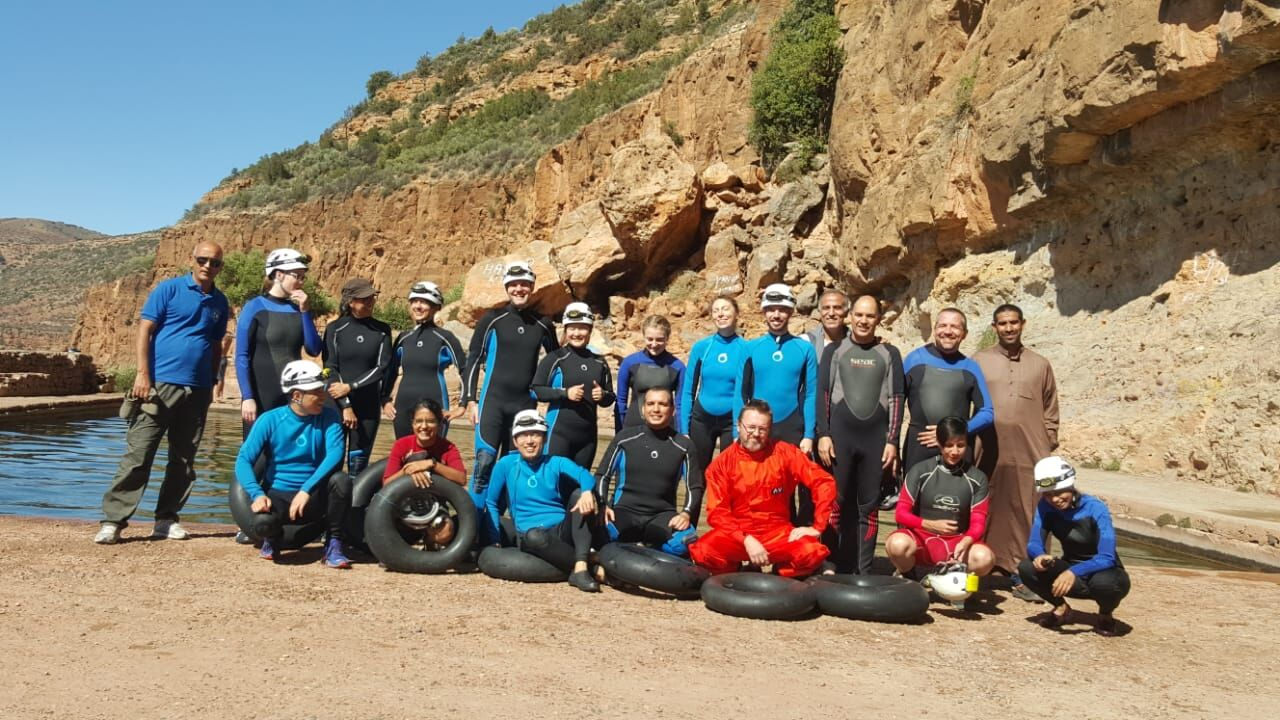 The 3rd SISAL workshop took place from the 8th to the 12th October, 2017, in Agadir, Morocco. Approximately 20 researchers from around the globe congregated at the University of Ibn Zohr to discuss potential applications of the SISAL database (which currently contains speleothem carbon and oxygen isotope values), and to work on four papers to be published next year. In attendance from Reading’s ‘SPECIAL’ team was Sandy, Laia and myself.

The first day largely focused a series of regional papers which are currently being written or are in review. These papers focus on key regions round the world, interpreting speleothem records and reconstructing past climate. The day ended with a discussion of the potential to incorporate cave monitoring data into a future version of the SISAL database, a potentially useful source for diagnosing discrepancies between speleothem δ18O and rainfall δ18O (both directly measured and simulated by isotope enabled climate models).

The next two and a half days were spent in groups working on the four science papers:

Fuelled by caffeine and sugar (in the form of an impressively extensive selection of mini desserts during the coffee breaks), we began pushing these four papers. A large focus involved discussing potential analyses, and then determining whether we had enough data for these analyses to be viable. When this wasn’t the case, we identified sites that should be prioritised for submission to the next version of the database.

After a final workshop day spent discussing the future of SISAL, we ended our stay in Morocco by exploring Wintimdouine cave (the largest underground river in Africa!).