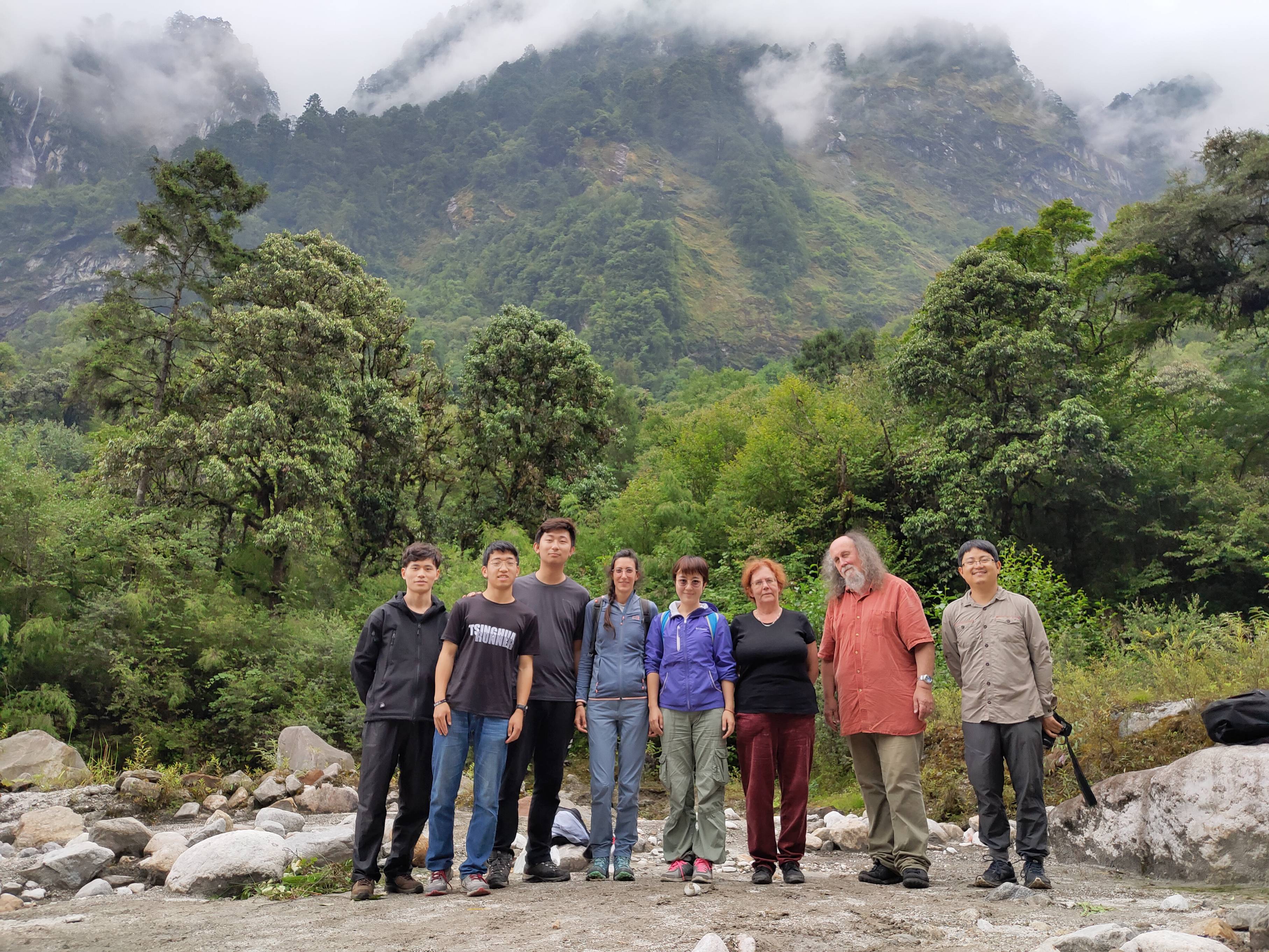 The Gongga Mountains in Sichuan are foothills of the Tibetan Plateau and provide a very special opportunity to gather data on the environmental controls on leaf traits. Following a first visit to Gongga last year, we returned to Gongga with a team of young scientists from Tsinghua University. Guilia Mengoli, who is a joint student between Imperial and Reading working on productivity modeling and joining SPECIAL this year, was also able to come along and get some fieldwork experience.

We have been sampling leaf traits associated with photosynthesis in China over several years, to understand how environmental controls affect photosynthesis and to be able to model photosynthesis better. Elevational transects provide a great example of trait variability along gradients. This variability is partly related to changes in climate with elevation, but the impact of changing elevation on air pressure is also important.  Reduction in air pressure at high elevation lowers the partial pressure of oxygen, decreases the water vapour pressure and increases atmospheric transmissivity to solar radiation. The reduction in partial pressure of oxygen increases the affinity of Rubisco for CO2, which reduces the cost of carbon fixation by reducing photorespiration. The decrease in vapour pressure leads to an increase in VPD resulting in higher water transport costs. The increase in atmospheric transmissivity results in increased radiation receipts and the exploitation of this additional resource is reflected in changes in the maximum capacity of carboxylation (Vcmax), leaf mass per unit area (LMA) and the leaf nitrogen content (Narea). Since changes in elevation also have indirect effects on photosynthesis by influencing climate variables, it can be hard to disentangle the impact of changes in air pressure on leaf traits. The work in Gongga should let us do this because we are sampling paired sites in wet and dry environments at similar elevations, and the difference in moisture also affects how fast the temperature changes with elevation.

Our three weeks in Gongga this year, though not without their difficulties (including a police raid to check passports in the middle of the night! And sampling leaves in the high tundra when it was freezing cold and no-one could move fast because we were above 4000 m), produced data on more than 30 leaf traits from 13 sites and nearly 300 species. So we are looking forward to analyzing these data in October, when we return to Tsinghua. But in the meantime, here are the photos! 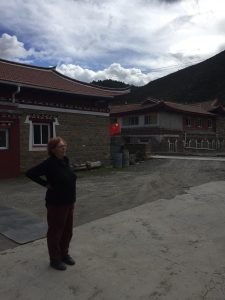 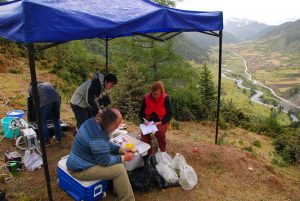