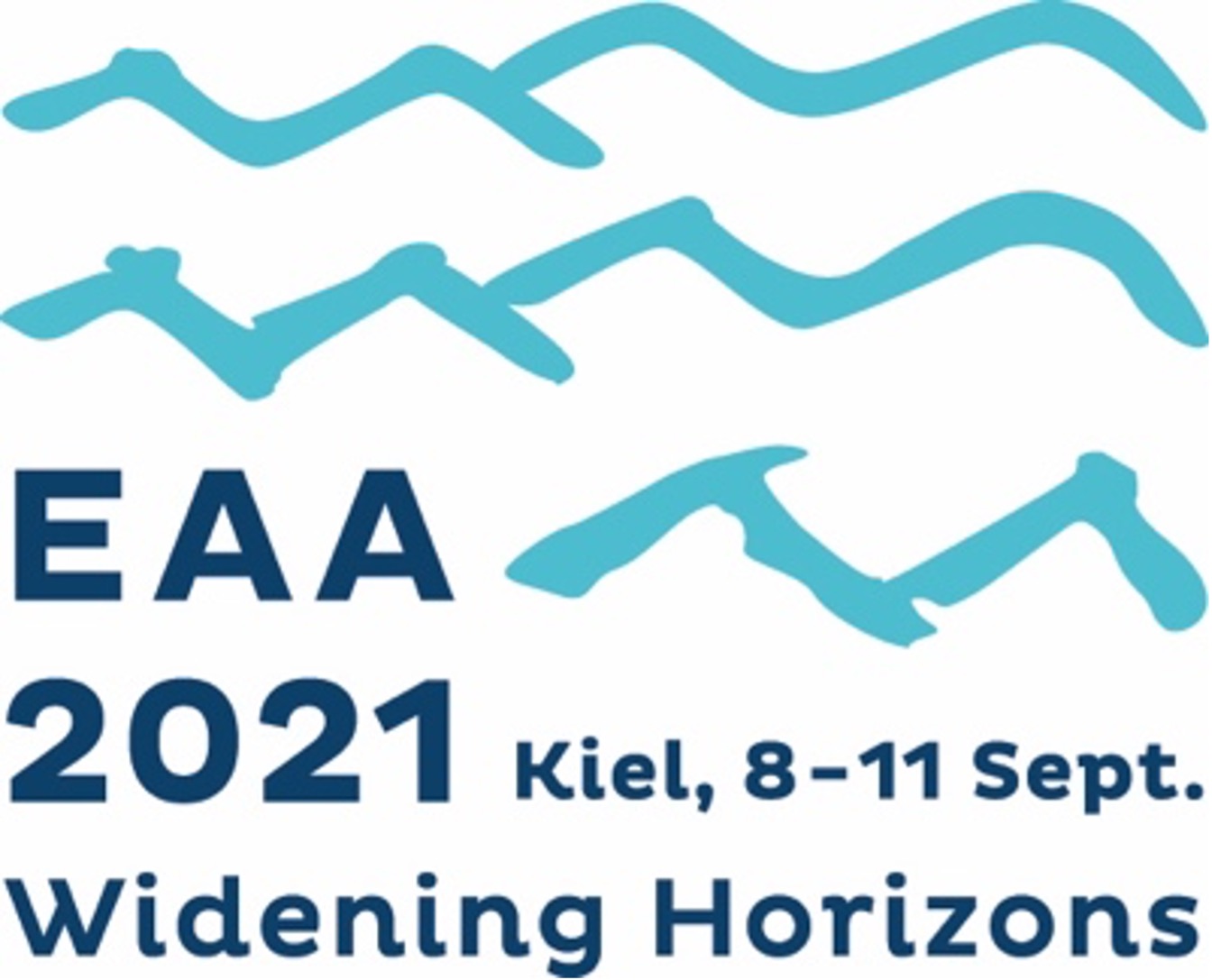 From the 6th to 11th of September, Sandy and I attended the 27th Annual Meeting of the European Association of Archaeologists “in” Kiel. As is the unfortunate norm of scientific conferences in Covid-time, the conference was virtual rather than in person, with the plan of a hybrid in person/virtual event ultimately abandoned at the turn of the year. Although I think you might miss out on some of the interactions that you might otherwise have had at an in-person conference, for a virtual conference the ability to instantly duck in and out of different presentations almost instantaneously is actually quite a nice silver lining. I might have been lucky, but I didn’t experience any technical glitches either, which was pretty impressive given the number of sessions and attendees.

The conference itself was based around seven broad themes, covering the wide variety and multidimensionality of archaeological practice. Overall, there were around 230 sessions covering 5 days, with the abstract book stretching to 970 pages! Additionally, there were a number of keynote lectures given each day, one of which was Sandy’s on Interactions between climate change, natural ecosystems and disturbance regimes, and anthropogenic activities during the Holocene on the third evening. My own presentation on Population change and fire history during the Holocene in the Iberian Peninsula took place on the last day, in a Saturday morning session.

Although the range of research was very impressive, given my current work on population change and fire during the mid to early Holocene, my focus was on attending sessions on research that likewise linked archaeological data and methods relating to population to historical environmental change. As such, I attended sessions on land use change, demography, and the spread of the Neolithic (amongst other things), and even then I was spoilt for choice on occasion, with interesting sessions sometimes overlapping and / or life getting in the way of attending every presentation I was interested in. No matter though, all the presentations should be up online at some point via the EAA youtube channel, so I’ll catch up on things that I missed then.

My own presentation took place within the session How many people? Archaeological approaches to the study of past demography, which was grouped within the conference theme of Assembling archaeological theory and the archaeological sciences. As with the vast majority of presentations (aside from the keynotes), I presented for 15 minutes, which for me at least was a welcome change to the “blink-and-you’ll-miss-it” 3 minute PICO I presented at the EGU earlier this year. Although I presented on the same research topic at the EGU, I’ve come quite a lot further since then and I’m hoping to have this research written up and submitted for publication in short order. Watch this space!

Overall, it was a great opportunity to share my progress on my PhD thus far and to gain some feedback on my use of archaeological data and techniques. I had some questions and suggestions at the conference itself, and am looking forward to potentially receiving further feedback later on. I also came away from the conference with some new ideas about how to address some of the challenges in my own work, and ideas for some future research that can follow on from what I’m doing at the moment.