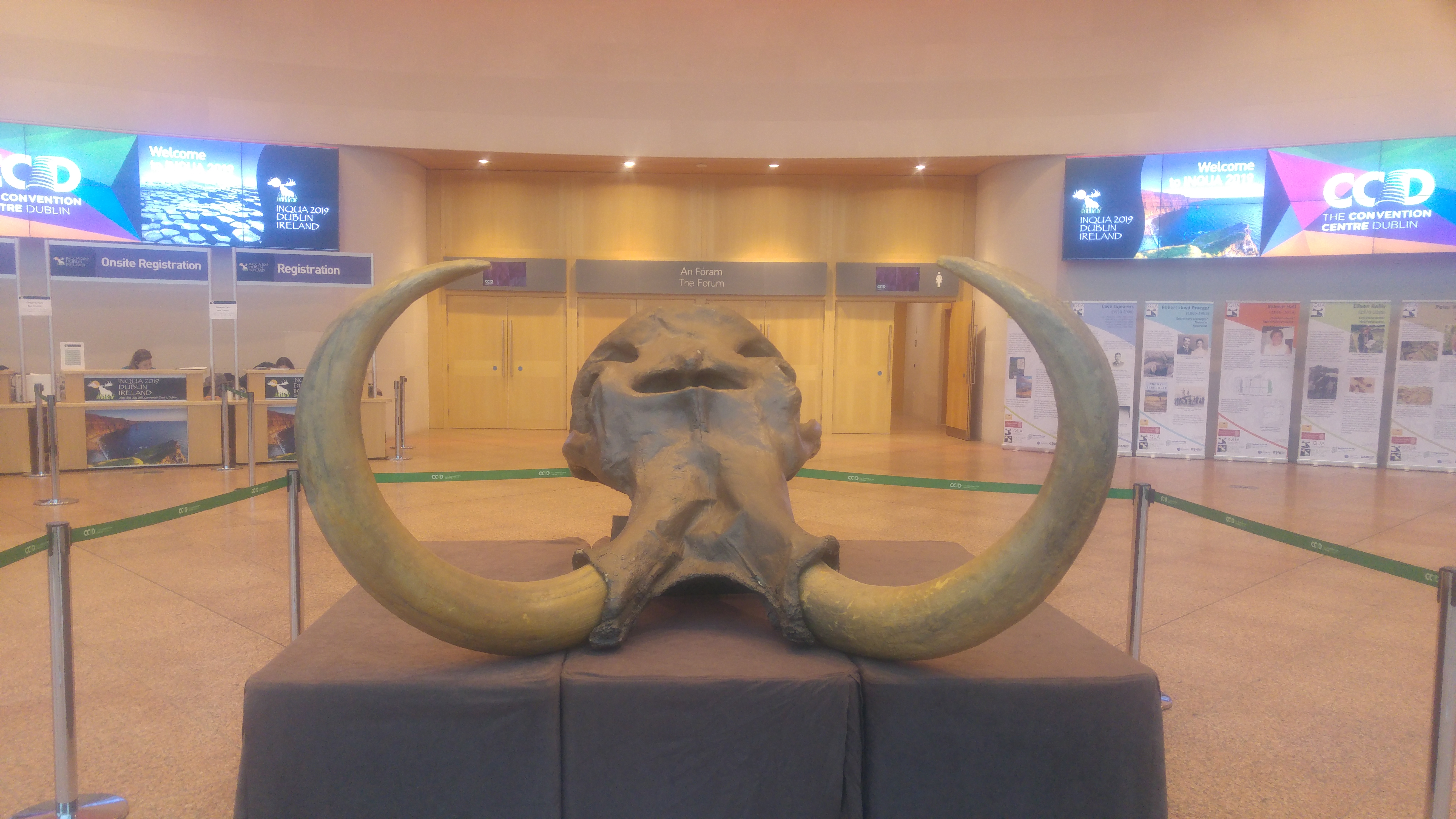 Sandy Harrison and Laia Comas Bru attended the 20th INQUA (International Union for Quaternary Research) Congress between 25th and 31st July 2019 in Dublin (Ireland) to represent the SPECIAL research group. Both, Sandy and Laia were involved in many scientific contributions linked to the research taking place in SPECIAL.

On Saturday 27th July, Laia presented a paper lead by Andy Baker (UNSW Sydney, Australia) recently published in Nature Communications: “Global distribution and controls on cave drip water oxygen isotope composition”. This paper presents the first ever global analyses of cave drip waters to evaluate the extent to which oxygen isotope composition of the drip water (and therefore speleothems) reflects that of rainfall.

On Monday 29th July, Sandy presented “Climate changes in semi-arid Spain from the last interglacial to the late Holocene”, a paper lead by Dongyang Wei (Imperial College London, UK as well as part of the SPECIAL group) currently in review in Climate of the Past Discussions. This study uses a new pollen record from El Cañizar de Villarquemado in semi-arid Spain since before the last interglacial to reconstruct changes in seasonal temperature and moisture, accounting for CO2 effects on plant water-use efficiency.

On the last day of the conference, Laia presented “Global patterns of climate change since the Last Glacial; the speleothem perspective from the SISAL database” a paper just accepted for publication in Climate of the Past that is part of the activities of the SISAL working group. This paper uses an updated version of the Speleothem Isotopes Synthesis and Analysis (SISAL) database and palaeoclimate simulations generated using the ECHAM5-wiso isotope-enabled climate model to provide a protocol for using speleothem isotopic data for model evaluation. 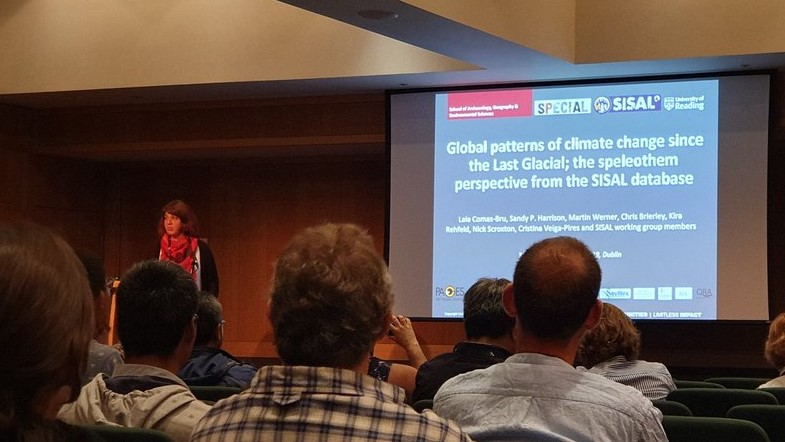 Laia Comas Bru presenting “Global patterns of climate change since the Last Glacial; the speleothem perspective from the SISAL database” in the session “Building a better understanding of past climates, ecosystems, and societies through Open Big Data” on 31st Jul 2019.

Another presentation showcased the work in progress that the SPECIAL group is doing in collaboration with the Prentice’s Climate group (Imperial College London, UK) and the SISAL working group: “Changes in speleothem δ13C through the deglaciation: a model-based study”. Laia’s collaboration with Armand Hernandez (ICTJA, Barcelona) was also represented at the conference with two poster presentations. The first showed the preliminary results of using lake records to reconstruct past hydroclimate conditions in the Iberian Peninsula: “Extreme climatic events in the North Atlantic-European sector and their link to modes of variability during the last two millennia” and the second summarised a publication in ESSD that presented “New monthly indices for the East Atlantic and the Scandinavian patterns beyond the 20th century”. 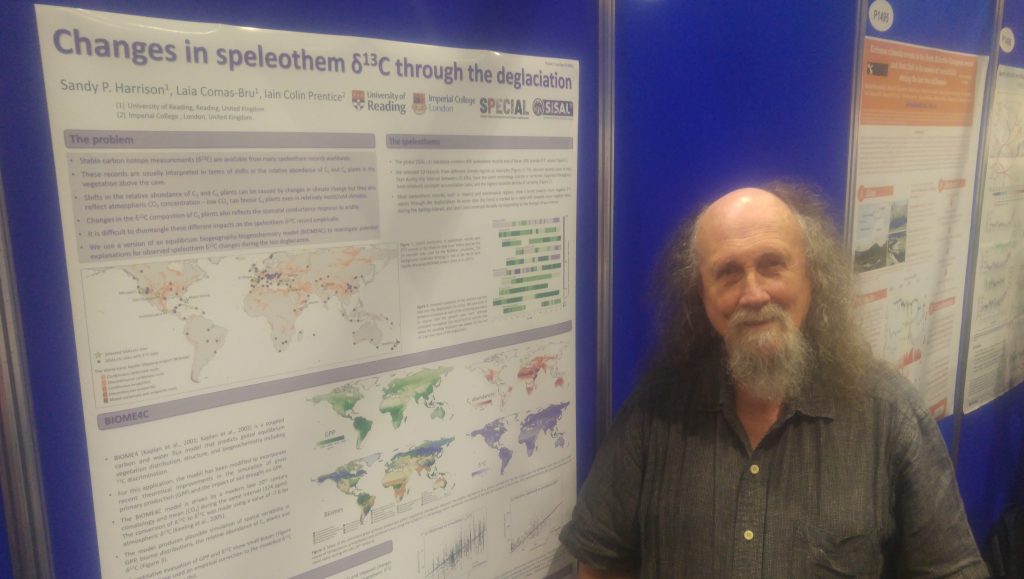 Colin Prentice presenting the SISAL poster on “Changes in speleothem δ13C through the deglaciation: a model-based study” in the “Palaeoclimate – Terrestrial hydroclimate variability” session on 26th Jul 2019

Featured image: Oscar The Woolly Mamoth welcoming the participants to the 20th INQUA Congress in Dublin (July 2019). Replica of the skeleton of Oscar, excavated in 1985 at Gerhartsreiter Graben, Siegsdorf, Bavaria, Germany. Dated with ESR to approximately 48,000 BP (National Museum of Ireland)