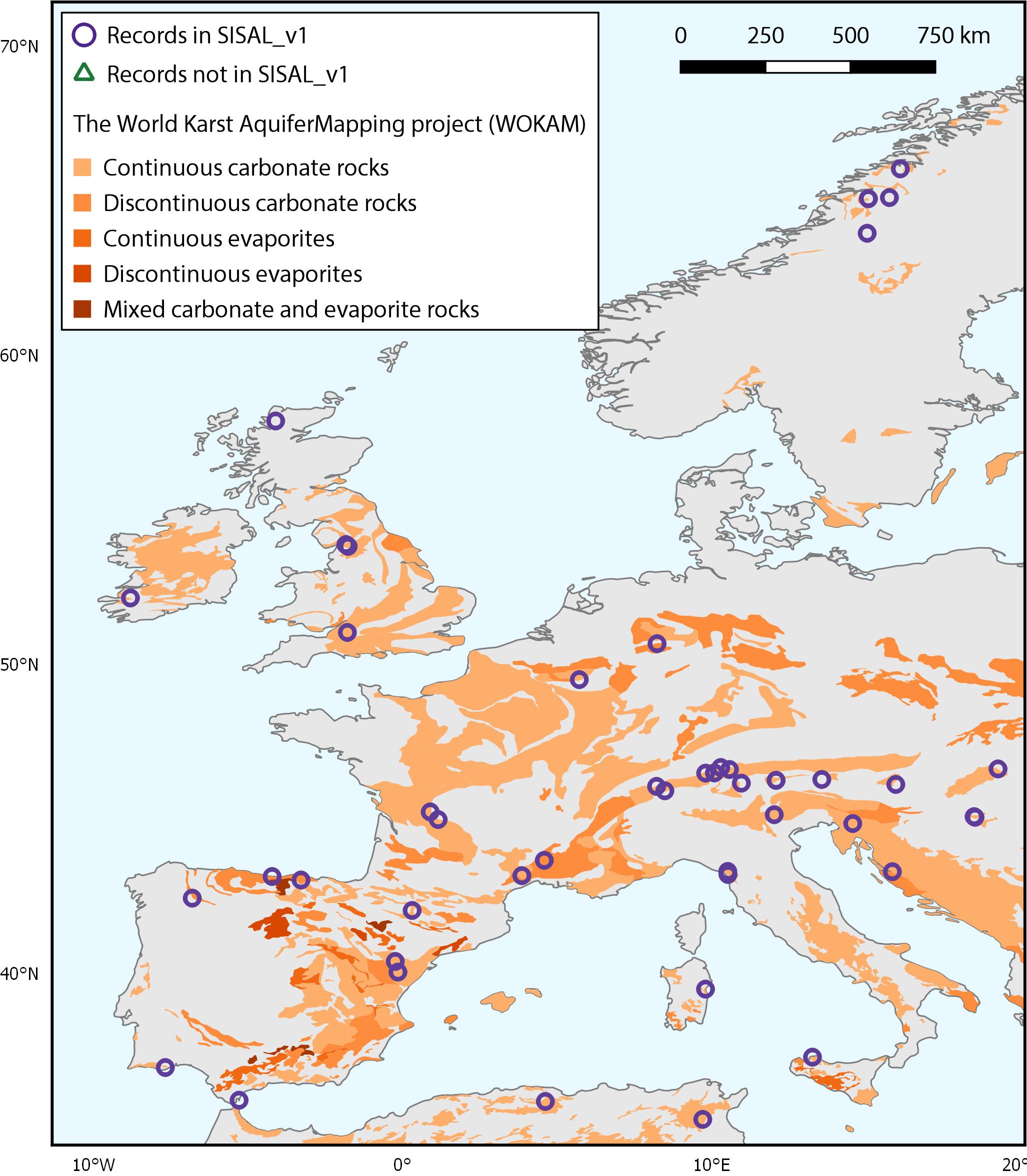 Our paper “The Potential of Speleothems from Western Europe as Recorders of Regional Climate: A Critical Assessment of the SISAL Database” is now on-line in Quaternary. This is a contribution to the Quaternary Special Issue on “Speleothem records and climate” that reviews the status of speleothem research in Western Europe and assesses the speleothem records that have been included in the first version of the SISAL database.

In this paper, we investigate how the spatial distribution of the records in the database is representative for climate conditions in Europe and compare modern speleothem data to precipitation δ18O. Overall, speleothem δ18O mirrors the spatial trends found in precipitation δ18O, highlighting the potential of this archive for palaeo-precipitation and -temperature reconstructions. Coherent regional trends in speleothem δ18O are found over stadial-interstadial transitions of the last glacial, especially in high altitude Alpine records that reflect a dominant temperature signal. Over the Holocene and the last 2000 years, regional trends are more difficult to capture, due to lower signal-to-noise ratios in interglacial climate at mid-latitude sites, as well as issues with chronological uncertainty and resolution in the records. These results highlight the potential of Western Europe for speleothem palaeoclimate reconstruction, and for the evaluation of climate model outputs.