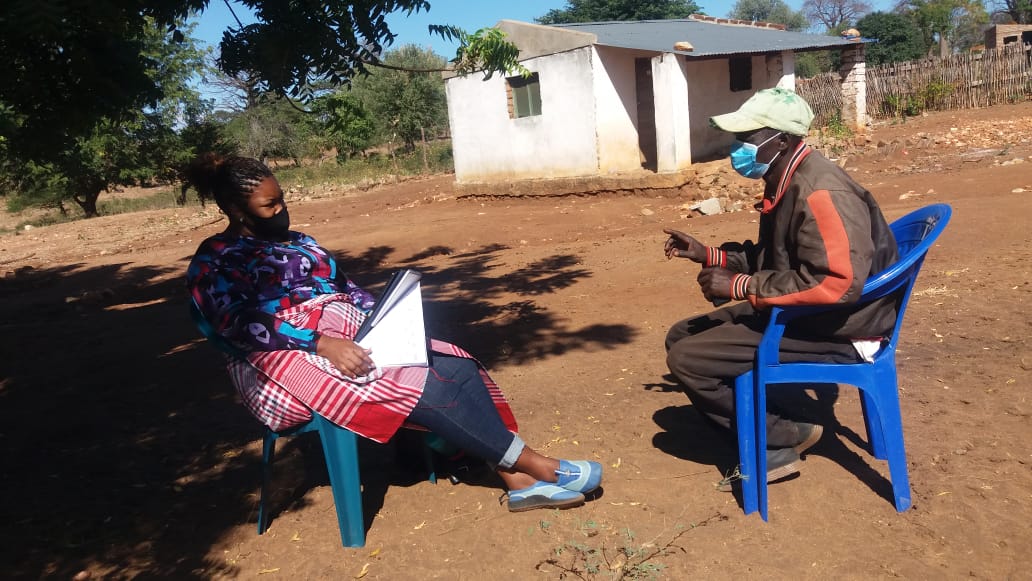 Evaluations show the success of PICSA in several countries

Whilst new rounds of PICSA training offer exciting opportunities for the future, we have also worked hard on evaluations of work in Tanzania, Malawi, and Mozambique. The evaluations in each country involved a quantitative survey, administered to farmers by independent enumerators who were trained by University of Reading staff. The survey focused on i) farmers’ experiences of the PICSA training and its effects on them; ii) the changes (if any) that farmers made following the PICSA training; iii) the effects of PICSA, including any changes they made, on their livelihoods. In each country, the survey was conducted over a period of 2-3 weeks, following a pilot as part of the enumerators’ training. In Tanzania, the quantitative survey was followed by a qualitative study of individuals who had received PICSA training, and its effects for them.

The results of these evaluations have overwhelmingly shown that receiving PICSA training has had positive effects for farmers, their decision-making and their livelihoods in Tanzania, Malawi and Mozambique. In all cases, substantial proportions of farmers reported having made changes in their agricultural practices as a result of PICSA (Tanzania 88%, Malawi 99%, Mozambique 96%). Large proportions of farmers also agreed that their income (Tanzania 83%, Malawi 65%, Mozambique 67%) and food security (Tanzania 86%, Malawi 74%, Mozambique 71%) had improved as a result of decisions made following the PICSA training. In all three cases, the effects of PICSA were equally positive for both men and women, as well as across farmers with a range of levels of wealth. This was particularly encouraging in Tanzania, where the training had focused specifically on supporting the decision-making of women in pastoralist communities, who are often heavily marginalised. Indeed, 85% of the 67 pastoralist women in the survey agreed that they felt more confident in their planning and decision-making, whilst 88% thought that their standing in their household had improved, as a result of the PICSA training. This suggests that PICSA training had an empowering effect for these women. One woman pastoralist in the qualitative study, who had been encouraged to start a new small business following PICSA training, commented:

“I am happy that I am now earning income from my own business and I no longer need to wait for my husband to decide when to give me money to cover my needs.”

Although the PICSA team have been kept busy by trainings and evaluations, we have also found time recently to complete several publications on PICSA, as well as on climate services more broadly. In January 2021, Caroline Staub (who led an implementation of PICSA in Haiti in 2019) and Graham Clarkson published a paper in the Journal of Rural Studies on the effects of PICSA in Haiti. They found that PICSA improved farmers’ self-belief, which encouraged them to innovate and led to positive changes in their farming practices. More recently, Diana Giraldo (who leads PICSA work in multiple countries in Latin America) published a CGSpace Info Note explaining how training young people in PICSA has enabled them to act as ‘generators of change’ in coffee farming communities in Honduras. The PICSA team was also recently invited to write a commentary on the role of climate services for small-scale farmers in the Global South. This was published in OneEarth in August 2021, and explains how principles used in PICSA can help put small-scale farmers at the centre of climate services. 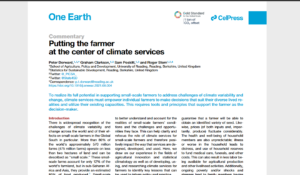