The food we consume and its production has a huge carbon footprint – so should food be taxed according to the emissions it produces? On World Food Day, Dr Ariane Kehlbacher tells us about her research, which shows that such a tax would affect low-income households the hardest. 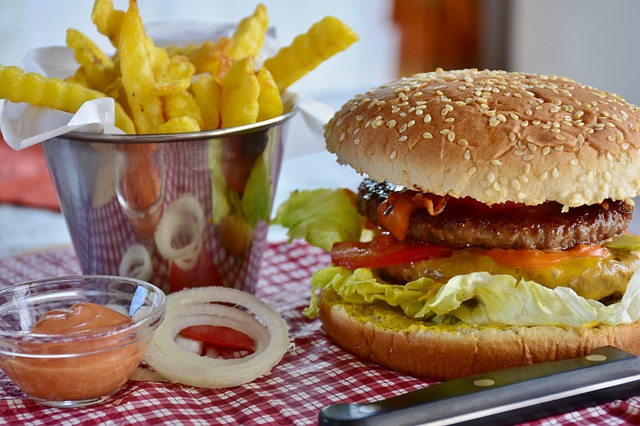 Agriculture and food production are responsible for substantial emissions of climate-warming greenhouse gases (GHGs). The transport, processing, packaging, marketing, sales, purchasing and cooking of food all make a contribution too.

These emissions may happen directly: for example carbon dioxide emissions from fossil fuel use on the farm. Or they may occur in the supply chain, from nitrous oxide released from fertiliser being put on the land or from methane produced by animals.

Because the environmental impact is not taken into account by food producers, the current price of food does not represent the true social costs of its production. Consequently, our consumption of emission-intensive foods is higher than is socially optimal – a term used by economists to describe the ideal distribution of resources in society, taking into account both external and internal costs and benefits.

Our research  looked at whether, and to what extent, taxing foods according to the greenhouse gases they produce could potentially reduce GHG emissions in the UK. We found that the price increase on emission-intensive foods is likely to affect households differently depending on how poor or rich they are. We therefore decided to look at the effect of the tax on different socio-economic groups.

We found that an emission-based food tax would affect the lowest income households the most. That is because this group tends to spend a larger proportion of their weekly shop on foods such as meat and dairy, which are more environmentally damaging, even though they buy smaller absolute quantities.

Households in the lowest socio-economic classification also buy cheaper products and would therefore see a more dramatic rise in their weekly food shopping bill than their wealthier counterparts.

An emission based food tax is therefore regressive. That means that wealthier households pay, on average, relatively less emissions tax than lower income households. So if such a tax were to be put in place, it may need some form of compensatory mechanism to make it socially acceptable.

Dr Ariane Kehlbacher is Lecturer in Food Economics in Agri Food Economics and Social Science.at the University of Reading  Her paper, The distributional and nutritional impacts and mitigation potential of emission-based food taxes in the UK, won the early career researcher Research Outputs Prize 2018 for the Food theme. The judges described the paper as “a rigorous and methodologically novel analysis on a very topical subject relating to ‘polluter pays’ taxation policy” and “a very policy-relevant output”.