Most of us would assume that organic food has a lower environmental impact than conventional food – but it’s a bit more complicated than that, says Professor Tom Oliver in a new post for The Conversation. 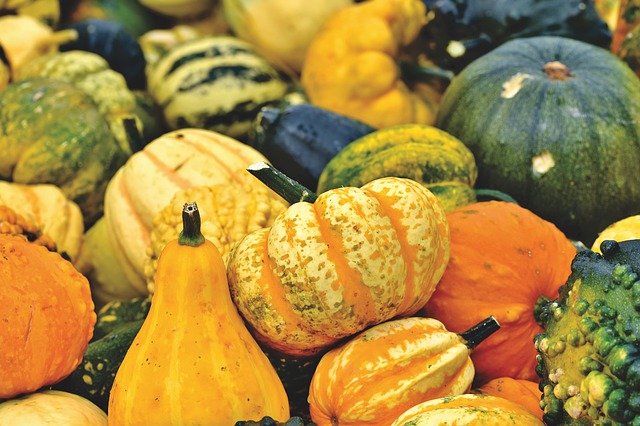 Have you ever had moment of supermarket paralysis, stood with an organic vegetable in hand and the moral part of your brain urging you to put it in your shopping basket, while your brain’s financial overseer stubbornly resists? For a moment, the two logics fiercely compete, before one wins out. Later, at the supermarket till there can be a jarring feeling of cognitive dissonance to see a mixed basket of conventional and organic items.

Surely, we should either stick to our moral compass and buy everything organic, or we should remain financially savvy and purchase all conventional? Mixing half and half seems like the worst of all worlds.

Yet it turns out that not all organic foods are equal. A group of scientists, led by Laurence Smith of Cranfield University, have now quantified the greenhouse gases produced from farming different types of grain, vegetable and livestock using both conventional and organic methods. Their results are published in the journal Nature Communications.

Organic farming is a way of growing food which uses less artificial chemical inputs such as synthetic fertilisers or pesticides. This means it generally has a lower environmental impact per field.

But because yields tend to be lower, organic farming means more land is needed to produce the same amount of crops or livestock. That’s why Smith and colleagues used a “life-cycle assessment”, a technique to assess the environmental impacts associated with all the stages of a product’s life, from production to final consumption. In doing so, they broadened the lens from just looking at the emissions produced during the farming process to also include emissions from inputs, such as production of synthetic fertiliser for conventional crops.

They found that, over the full life cycle, some organic crops such as beans, potato, oats and spring barley produce higher greenhouse gas emissions per tonne than on conventional farms, while others such as oilseed rape, rye, winter barley and wheat were more efficient under organic production. In terms of livestock, pigs, beef and sheep were more environmentally friendly under organic production, but poultry was not.

So, in order to achieve its new target of net zero greenhouse gas emissions by 2050, perhaps the UK should promote organic production of selected foods?

This appears to make sense. However, in a novel twist, Smith and colleagues suggest that, if all the people in the England and Wales switched to buying organic food, they could not grow enough to feed even their own countries. They would need to import more food from overseas, which means more emissions from boats, lorries and planes, while in another unintended consequence, grasslands that store carbon would be converted to grow crops, effectively causing further emissions.

The “systems thinking” approach used in this study is very worthwhile – too often we take a blinkered approach to problems and miss the bigger picture. Yet we can broaden the lens even further and ask what other factors might change at the same time. People are becoming increasingly aware of the scale of food waste, for instance, and diets may be changing away from emissions-intensive foods such as red meat. If we reduced food waste and improved diets, while further improving the yield efficiency of organic farming, there would be less need to import from overseas.

We also need to use long-term thinking to understand what will happen if the UK continues with conventional farming. We know that these intensive farming methods lead to loss of biodiversity, reduced water quality, and reduced soil health, which ultimately makes food production more vulnerable. Ultimately, farmers risk degrading the environment so much that some countries, including the UK, would rely on other countries for food anyway.

So where does that lead us on the question of organic food? Each of us has the power to inflict damage or to heal the environment with our purchases, and if we can afford to we should choose wisely. It turns out it is ok to have a mixed shopping basket, as some organic products are better for the environment than others. However, it’s hard to make such choices as food labels aren’t clear enough about their emissions and other environmental impacts.

With new “big data” approaches for tracking product sources and impacts, information for consumers is improving. In the meantime, one way might be to try to buy seasonal and local organic food where possible. Then you can be sure to reduce overseas emissions from transport and land conversion, and there is the added bonus that it will help restore your local farmed landscape.

This post first appeared on The Conversation on 22 October 2019.

Tom Oliver is Professor of Applied Ecology at the University of Reading and leads our Ecology and Evolution Research Division. His research focuses on understanding the interactions between land use and climate change on biodiversity and the consequent impacts for ecosystem functions and services.

Read our research highlight about Tom’s work and see his previous blog posts on  tipping points for loss of biodiversity, how a major science mobilisation is needed to meet the challenges of climate change, how British wildlife fared during the 2018 drought and on tracking the ‘silent’ changes to the UK’s biodiversity.