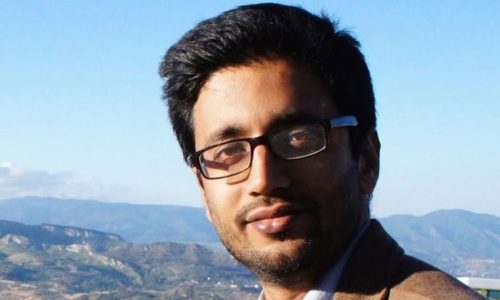 Humans are social beings. Most of us find looking at, hearing, and interacting with other humans to be a rewarding experience.

One theoretical account of autism is based on the observation that individuals with ASD (Austism Spectrum Disorder) often do not find social stimuli and interactions to be rewarding.

This account suggests that social behavioural difficulties in ASD are driven by a deficit in reward processing from social stimuli. In his research, Bhisma studies how reward influences a fundamental aspect of human social behaviour, such as spontaneous facial mimicry.

These two processes of mimicry and reward are intricately linked from early on in human development. Mothers commonly mimic their children, and the children mimic back. This cycle of mimicry helps build social bonds, in children as well as in adults. As adults, we tend to prefer individuals who mimic us more, and, mimic those who we prefer more.

The emerging picture from his research suggests that autism represents a weakening of the bidirectional links between reward and mimicry. Rather than there being a core problem in the act of mimicry per se, or responding to social rewards, autistic symptoms might be more representative of an atypical connection between neural systems involved in reward processing and those underlying mimicry.

Bhisma will be talking on May 3.