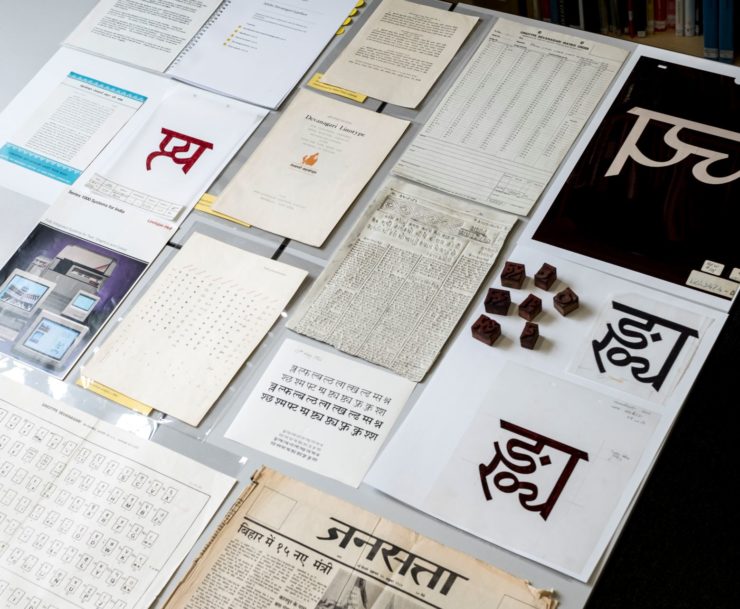 By transforming the approach to digital font design for ‘non-Latin’ scripts, researchers at the University of Reading are improving the reading experience of millions of people and promoting understanding of the cultural richness of world scripts and languages.

While most Western languages use the Latin alphabet, hundreds of languages across the world are based on scripts such as Arabic, Greek, or those of South and East Asia. In the past, despite their complex, centuries-old manuscript traditions, these scripts were often compromised when they were rendered by mechanical type, and their status problematically reduced to ‘non-Latins’. The transition from print to digital communication often led to these distorted presentations of language being perpetuated, as designers, mostly based in the West, struggled to find contemporary ways of designing digital type for these languages.

Now, a revolution in type design for scripts across the world has been sparked by researchers at the University of Reading, who are exposing the inadequacies of designs created for previous technologies and – through rigorously identifying critical cultural and historic examples of each script – promoting the integration of language and script knowledge into the font design process.

By offering new ways for designers to understand how scripts represent languages, the research has established new, accessible benchmarks and standards. The methodology and resources the research has provided allow designers – both native speakers and those who are not – to create new, contemporary fonts which are culturally sensitive, attractive and, importantly, work on all contemporary digital media.

The research has been adopted by the major global tech companies, who incorporate these improved fonts into their operating systems and software. It directly influenced the design of the default font used on more than 90% of smartphones in India, and one of the largest South Asian publishers has adopted new fonts for its newspapers and online media, read by millions. It has also informed the development of a training course regarded as essential professional development for engineers and designers at Adobe and Google.