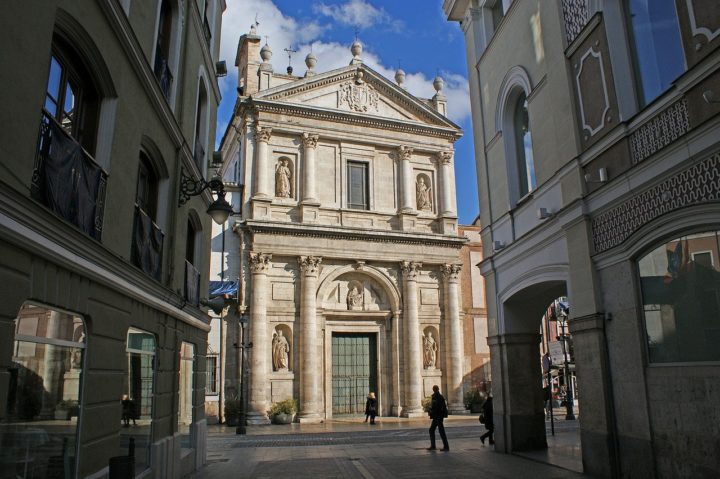 Research at the University of Reading into Valladolid’s unsung cultural history is changing the way the city is perceived by its inhabitants and visitors alike.

For years, the Spanish city of Valladolid has been overlooked by tourists who flock to popular destinations such as Madrid and Seville. But with its little-known history as a former capital of Spain and its role in the development of modern Western literature, Valladolid is a city of deep cultural significance.

This significance has been highlighted by Dr Mark Hutchings as part of his research into Anglo-Spanish relations in the 1600s. In a collaboration with the University of Valladolid, Hutchings examined a number of archive texts to reconstruct the English embassy’s visit to the city in 1605.

The visit, which had been arranged in order to ratify the 1604 peace treaty between England and Spain, involved a wide range of ceremonial festivities, witnessed by the city’s residents, including the writer Miguel de Cervantes. It was as a result of this visit that a copy of Cervantes’ novel Don Quixote – widely considered to be one of the most influential works of Western literature – was first conveyed to England, ultimately influencing dramatists including Shakespeare.

The researchers identified the locations where entertainments and special events took place and plotted the route and on the earliest-known map of the city, dating from the early eighteenth century. Their work has been incorporated into the secondary school curriculum in Castile and Leon and has informed the development of an educational resource called La Ruta, which is now used widely by tour guides to trace the embassy’s footsteps through the city. By enabling public audiences to experience the modern cityscape and familiar places in new ways, Hutchings’ and Cano-Echevarría’s research has contributed to the evolution of Valladolid’s local, national and international identity and had a significant impact on its status as a tourist destination.

Research by Dr Mark Hutchings in collaboration with Dr Berta Cano-Echevarría, Associate Professor of English Literature at the University of Valladolid.

View the full impact case study on the REF 2021 website: An English Embassy in Valladolid, 1605: Recreating the historical past for schools, tourists, and citizens