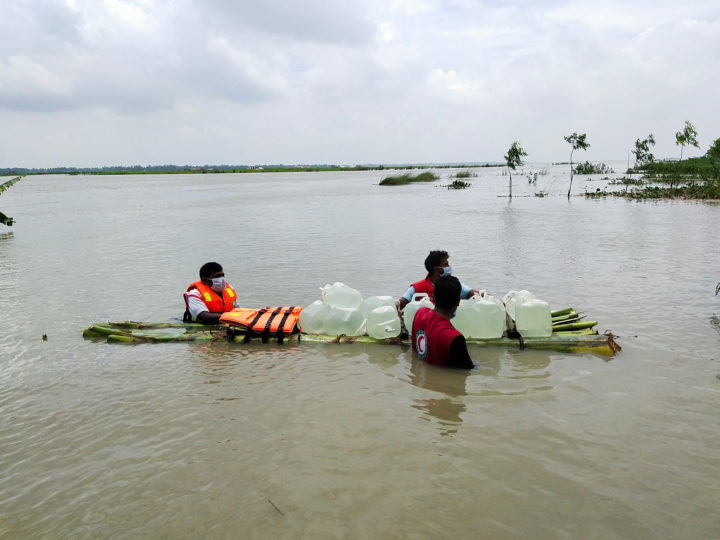 Researchers from the University of Reading have played a major role in improving flood forecasting, so that humanitarian aid can be delivered before the flood, before the disaster strikes.

Flood preparedness is vital for reducing the impact of floods wherever they happen, and particularly in low-income countries around the world. Traditionally, humanitarian agencies focussed on responding to a disaster, and use of forecasts to trigger the distribution of aid before communities were hit – called Forecast-based Action – was limited. Dr Liz Stephens has worked with the Red Cross Red Crescent movement (RCRC) to improve their use of forecasts, encouraging the move away from the unsuitable use of seasonal rainfall forecasts, to more skilful forecasts at the extended range (up to 14 days) to predict flooding.

The research team also contributed to the development of the Global Flood Awareness System (GloFAS) – a freely available flood prediction tool from the Copernicus Emergency Management Service that combines state-of-the-art flood forecasts by taking rainfall predictions from weather models and feeding them into hydrological models which represent the river network. Stephens has been the bridge between humanitarian agencies and GloFAS developers, not only supporting the use of the tool in the agencies, but also feeding humanitarian priorities back into forecast development.

Stephens’ research, alongside her key role in supporting agencies in flood-prone nations, has advanced flood prediction across the globe. For example, in the 2015/16 El Niño event in Peru, improved Forecast-based Action protocols helped to significantly reduce the expected damage to housing for thousands of families. And in 2020, over £5m was released based on a trigger from GloFAS, protecting hundreds of thousands of people from monsoon flooding in Bangladesh.

View the full impact case study on the REF 2021 website: Strengthening the quality and use of flood forecasts to maximise effectiveness of humanitarian aid