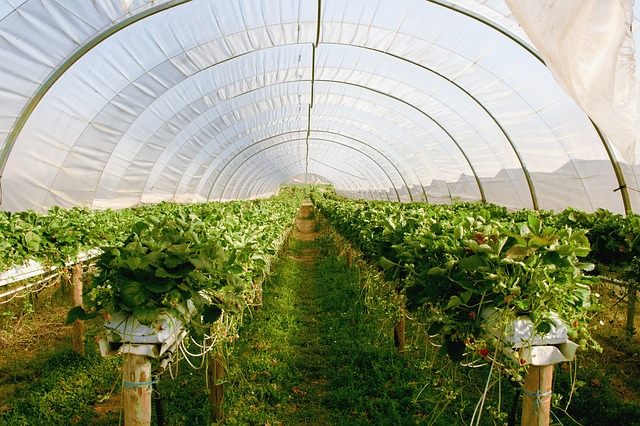 The commercial success of a collaborative research project at the University of Reading is demonstrating how applied science has the potential to revolutionise the global agricultural sector, by bridging the gap between academia and industry.

Recent growth in the worldwide demand for seasonal products such as strawberries has led to a huge increase in the percentage of commercial crops being grown in polytunnels, where factors such as temperature and humidity can be closely controlled. In turn, this has led to growth in the market for technologies that improve the efficiency of polytunnel horticulture.

In response, an innovative collaboration between the Department of Crop Science and the Department of Chemistry at Reading has brought together horticultural scientists with to create a series of products with significant commercial application.

Paul Hadley, Professor of Horticultural Crop Physiology, conducted a series of field trials using horticultural crops grown under a new type of polymer film, which was developed by Dr Fred Davis in the Department of Chemistry following his discovery of a novel mechanism to manipulate the UV-blocking and UV-transmitting properties of polymers.

The trials showed that the new, photoselective film had the potential to significantly increase the quality, yield, and resilience of commercial varieties of crops such as strawberries and lettuce. By not only demonstrating the plants’ physiological responses but quantifying the benefits, Hadley offered valuable reassurance to potential investors in the technology.

Working with leading industry partners, the researchers have subsequently created a series of products that are now being used by growers around the world to maintain the sustainability of their businesses in the face of rising costs and environmental pressures.