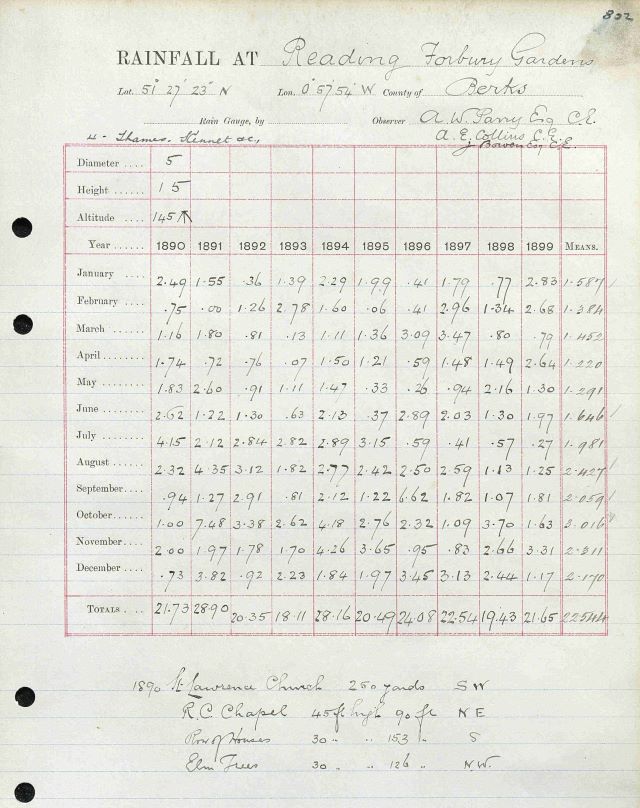 University of Reading researchers are harnessing the power of the public to put historical UK weather data back into the hands of the climate scientists who need it.

With extreme weather events becoming increasingly common as a result of climate change, it is more important than ever to understand where and when floods and droughts will occur, especially in places such as the UK, where rainfall is notoriously variable from year to year.

But until recently, UK rainfall data from before 1960 was largely inaccessible, with much of it stored within 66,000 sheets of hand-written paper in the National Meteorological Archive.

This data has now been given a new lease of life through an online citizen science project, led by Professor Ed Hawkins in collaboration with the Met Office, in which members of the public were invited to transcribe measurements from scans of the archived records.

Over the course of 16 days, 16,000 volunteers transcribed 66,000 pages containing 5.28 million numbers. With each of these numbers transcribed four times for quality control, a total of 21 million observations were recorded by the volunteers in just over two weeks.

This extraordinary response enabled Hawkins and his team to produce a comprehensive digital record of UK-wide rainfall variations dating back to 1836, developing invaluable insight into how the UK’s climate is changing and significantly expanding the Met Office datasets available for use by scientists around the world.

“Not only has all this work been achieved incredibly quickly, it has also broken the definition of what makes a record archival. In their new transcribed form this goldmine of data is now back in the hands of the scientists who need it.” Catherine Ross, Met Office archivist

“This is a high-profile and successful project that builds on previous work and has clearly delivered through creative use of engaging a large number of volunteers during lockdown, enabling extension and revision of our understanding of recent past weather data.”

Shortlisted for the University Research Engagement and Impact Awards 2022