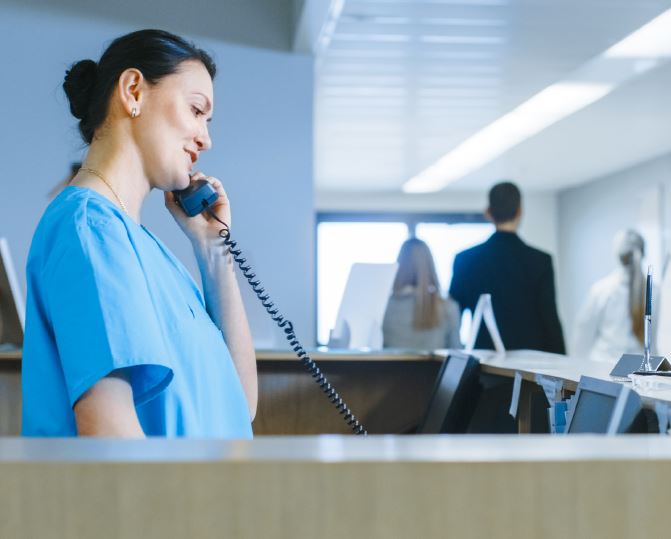 An artificial intelligence (AI) system developed by a team of Reading researchers is being used by the NHS to tackle health inequalities by reducing the number of missed hospital appointments.

Around 7% of all outpatient appointments at Royal Berkshire NHS Foundation Trust hospital (RBH) are missed by patients every year. With each one costing the NHS around £100, both the clinical and the financial consequences of these missed appointments are significant.

A team led by Dr Weizi (Vicky) Li from the Informatics Research Centre at the University of Reading and Eghosa Bazuaye from the RBH Informatics Department have co-developed a tool that has been successfully used by RBH to reduce missed outpatient appointments by 40%.

The tool uses AI to predict the probability of a patient not attending an appointment, based on factors such as travel distance, level of deprivation, and attendance history, before presenting tailored suggestions to hospital staff for interventions to encourage attendance.

Following an initial pilot, which achieved a 30% reduction in missed appointments at RBH by high-risk patients across three departments, improvements were made to the way that risk data was presented to staff. A subsequent pilot using the improved model was conducted in 2021 and resulted in a 40% reduction in patient groups with high risks of missing appointments and the tool has been implemented across all departments.

The project has attracted significant interest from the healthcare sector, including an invitation from NHS England and NHS Improvement to present proposals to scale up the application for use in other hospitals.

“Not only are we able to help identify high-risk DNA (Did Not Attend) patients but with the right intervention we are able to reduce our rate of missed appointments, helping to improve clinical and operational outcomes for both the hospital and our patients.” Eghosa Bazuaye, Associate Director of Informatics, Royal Berkshire Hospital

“This is an impressive and well-documented project, which works across disciplines to achieve effective outcomes for both the NHS trust and the patients concerned and potentially for wider NHS savings.”

Shortlisted for the University Research Engagement and Impact Awards 2022