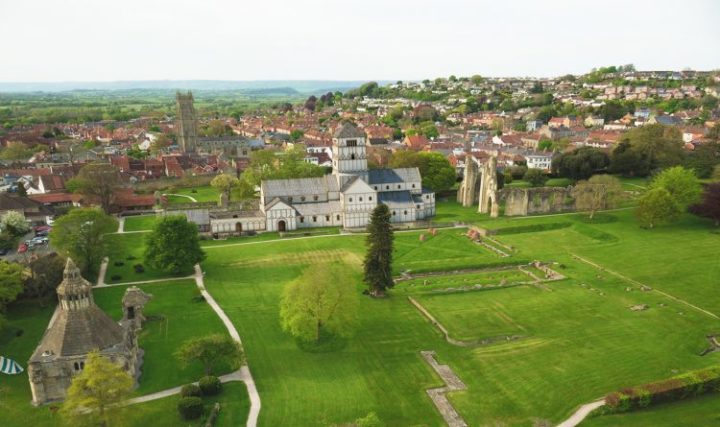 Researchers at the University of Reading are transforming our understanding of one of the most culturally significant sacred heritage sites in England, by analysing and interpreting a previously unpublished archive of archaeological excavations.

Glastonbury Abbey has played an important role in English cultural identity, long believed to be the oldest church in England and the legendary burial place of King Arthur. But the failure by earlier generations of archaeologists to publish the results of their excavations had limited understanding of the history of this iconic site and threatened its future sustainability.

The controversy surrounding Glastonbury Abbey’s archaeology was finally resolved in 2015, with the landmark publication of a comprehensive analysis of the archaeological archive by Professor Roberta Gilchrist at the University of Reading. Her research produced new evidence about the scale, significance and origins of the Abbey and demonstrated the importance of myths and legends in shaping its tangible and intangible heritage.

The new research has transformed attitudes towards the conservation and management of Glastonbury Abbey, enabling more sustainable approaches to developing visitor facilities. The findings demanded urgent changes to how the abbey is presented to the public, and the 125,000 annual visitors. The trustees and curatorial staff have made improvements to the storage, display and labelling of artefacts. Better understanding of the relationship between Glastonbury’s myths and its archaeology have prompted more inclusive approaches to interpretation: spiritual trails have been designed to appeal to the diverse range of spiritual seekers who are attracted to the town and its Abbey.

To communicate the findings of the research, Gilchrist co-created a series of educational and public resources about Glastonbury Abbey, including digital reconstructions that are used in public tours, in the museum and on-site, and a new guidebook. The researchers also piloted new approaches to digital immersive heritage and are now working with a commercial creative agency to share Glastonbury Abbey’s rich heritage through Augmented Reality.