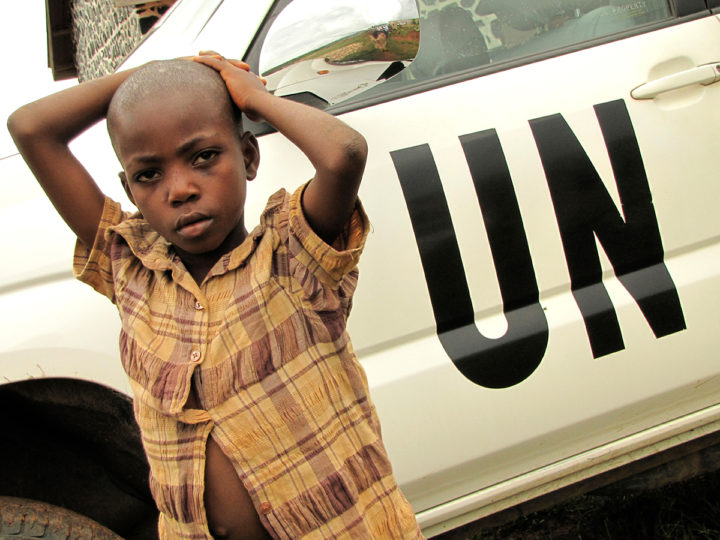 An approach developed at the University of Reading is being used by international peacekeeping organisations to facilitate the protection and safeguarding of children in conflict and crisis zones around the world.

While most UN peacekeepers perform their jobs with courage, dedication and professionalism, those who commit sexual offences against some of the most vulnerable people in the world bring shame on the entire UN system. Until now, reform has been difficult to conceive and implement, with laws, policies and practices across peacekeeping institutions operating on different scales, from international and UN level to the local level where the peacekeeping operation is being carried out, making effective implementation near impossible.

A project team headed by Professor Rosa Freedman from the University of Reading, working with NGO Keeping Children Safe, conducted research in peacekeeping entities in Liberia and Haiti to identify the barriers to improving child safeguarding, including the extent to which existing international laws enable or impede prevention and prosecution. The team used the findings to develop a robust, evidence-based solution that can be adapted to the local context.

The approach outlined in the toolkit now underpins the child safeguarding policies used by all UN agencies, including the World Health Organization, UNICEF and the UN Refugee Agency, as well as those used by the armed forces of many troop-contributing countries and by 16 of the largest NGO partners of the UK Department for International Development.

Professor Freedman has been appointed to the UN Secretary-General’s Civil Society Advisory Board on Prevention of Sexual Exploitation and Abuse and her expertise is now highly sought after. She has advised over 300 military personnel and diplomats on safeguarding and been invited to serve on the FCO’s Women, Peace and Security Steering Committee.

View the full impact case study on the REF 2021 website: Changing Global and UK Domestic Policy to Safeguard Against Sexual Exploitation and Abuse by Peacekeepers, UN agencies and NGOs