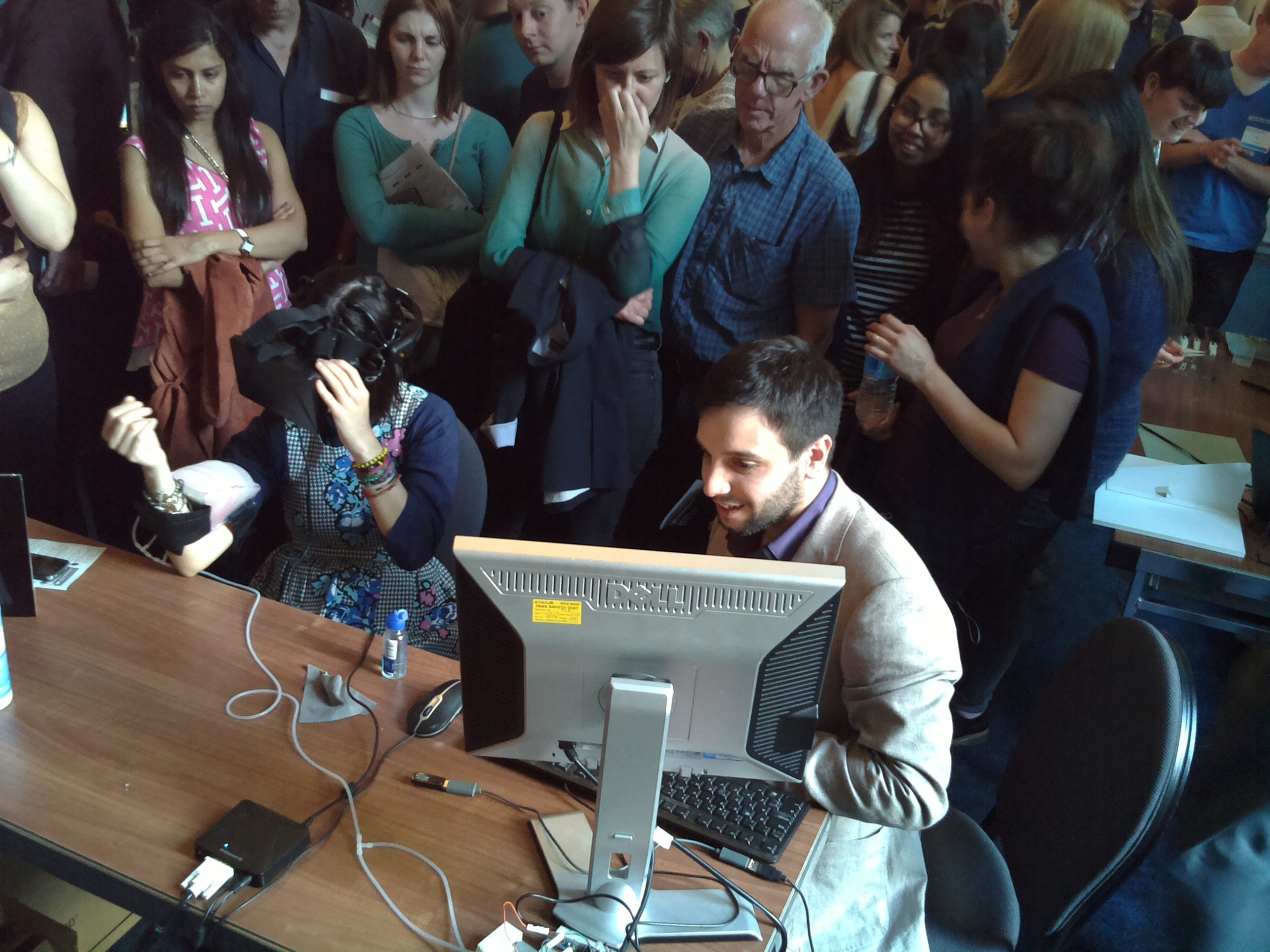 The complexity of the human brain is well known, as is the difficulty of translating scientific language so that the latest findings of brain research are easily understood. A project led by Ioannis Zoulias, a postdoctoral research assistant in the Biomedical Engineering division, is going a long way to making brain research more accessible.
Working with the University’s Brain Embodiment Lab, Dr Zoulias designed interactive demonstrations illustrating the “what?”, “how?”, and “why?” of investigating the brain. The demonstrations, which included a brain-computer interface enabling the audience to control a virtual body by their thoughts alone, were hosted in settings ranging from open days, at prestigious venues including the Science Museum in London, to school presentations. Each demonstration had a tangible impact on its audience, with participants gaining new knowledge of the inner workings of the brain, asking questions, enquiring about research and how they could forge future careers in science. The project has promoted interchange of ideas among researchers, and it is ongoing. Future demonstrations in schools and public events are planned, and the engaging demos have been used by ambassadors during university open days.
Shortlisted for the University Research Engagement and Impact Awards 2017
First published: June 2017