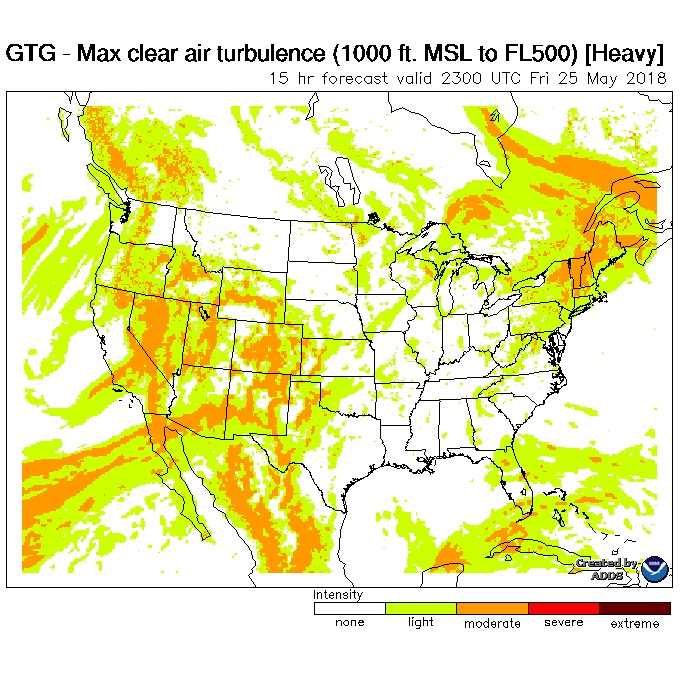 Air passengers are enjoying smoother, safer flights thanks to a turbulence forecasting algorithm that was co-developed at Reading.

Mid-flight air turbulence is the leading weather-related cause of injuries to air passengers and flight attendants. It costs the global aviation sector up to $1 billion a year and increases aircraft fuel consumption and emissions – bad news for the environment.

Professor Paul Williams has co-developed an algorithm that accurately forecasts turbulence up to 18 hours ahead. Used by the US National Weather Service, it is consulted every day by flight dispatchers, air-traffic controllers, and pilots. Turbulence forecasts, covering the USA and parts of Canada, Mexico and the Atlantic and Pacific Oceans, are updated hourly and are freely available via a public US Federal Government website.

The new algorithm is part of a forecasting system that is consistently better than previous systems, according to an independent assessment commissioned by the Federal Aviation Administration. Comfort and safety have improved  on around 5 billion passenger journeys so far, while lower fuel consumption from smoother flights saves both money and emissions. By extending the maximum lead time for turbulence forecasts from 12 to 18 hours, the forecasting system allows smooth flight routes to be planned six hours earlier than before.

In a series of published projections, research led by Williams has calculated that climate change will cause a common form of turbulence to increase by several hundred per cent later this century. These findings have been cited by the UN Climate Change Newsroom, the World Economic Forum, and the Airports Commission in the UK. What is more, the findings have prompted Airbus to develop an automated turbulence reporting function for their aircraft, and they have motivated the first ever real-time service to share turbulence data between airlines worldwide.