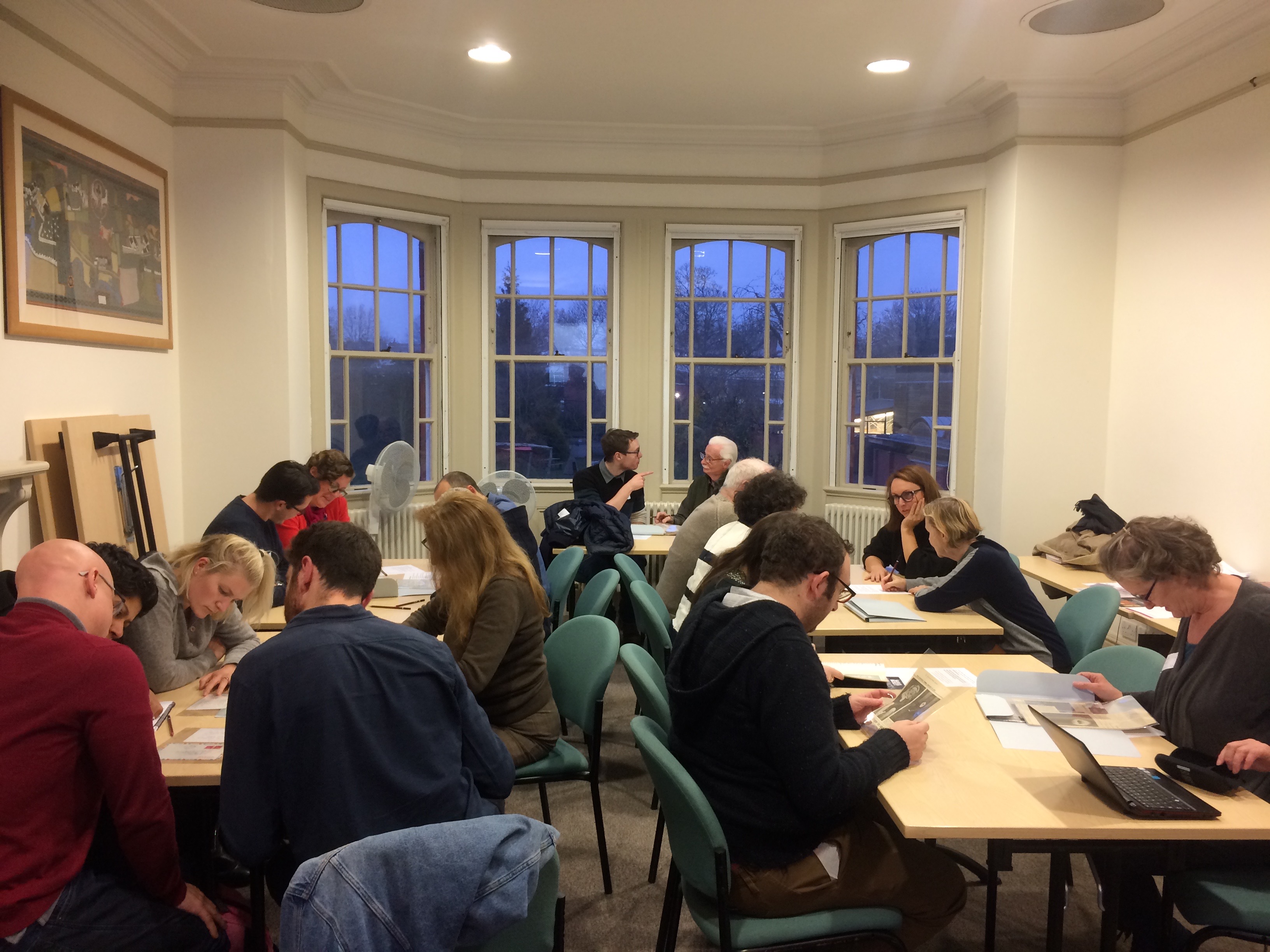 Chloe Duane on discussing Beckett’s drama at the 2018 conference.

The Modernist Archives in Context conference was held on the 22-23 November 2018 as part of Beckett Week at the University of Reading. The two-day conference, supported by the Samuel Beckett Research Centre, focused on Modernist Periodicals (22 November) and Performance (23 November). In this blog, I’m going to focus on some of the enriching performance research that was shared during the second day of the conference. 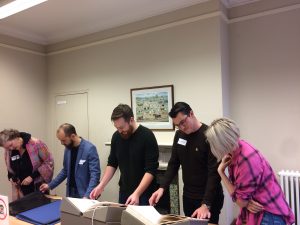 The performance day began by exploring Beckett’s scenography. An enlightening paper from Ros Maprayil (University of Reading) tracked how the unreliable role of objects in Eleutheria and Waiting for Godot are increasingly de-familiarised. Dr Sophie Jump (UAL and National Theatre) argued that theatre, much like the creative act of making theatre, is unstable and imperfect. Through her research in the Jocelyn Herbert Archive, Jump traced the pitfalls and hidden nature of the collaborative process of theatre making through Albert Wesker’s The Kitchen and Beckett’s Happy Days. She showed us some of Jocelyn Herbert’s designs for Happy Days with the unforgettable orange, not blue, sky.

Interweaving many of the day’s themes, Dr Matthew McFrederick’s (UoR and UAL) workshop ‘The Billie Whitelaw archive and the Staging Beckett Project’ provided a unique insight into performance research. The workshop kicked off by testing the knowledge of the conference attendees – that, among others, included Professors Jim Knowlson, John Pilling, and Anna McMullan – with regards to production personnel. Then, echoing Jump’s paper, McFrederick developed the idea that theatre history, much like history more broadly, is never complete. In fact, archival research shows that production histories often fail to record correctly. McFrederick drew upon his research into Jocelyn Herbert’s set designs and the production history of Beckett’s drama to share practical information on how to conduct research in performance archives and offered some methodologies for doing so. He also provided an extensive list of national and international repositories which was an invaluable source of information for any performance researcher. 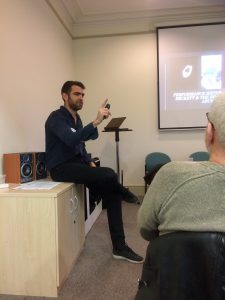 In addition, the workshop included a unique introduction to The Billie Whitelaw archive as attendees were able to engage with materials relating to Not I and Footfalls, such as scripts annotated by Whitelaw, correspondence relating to her theatrical work with Beckett, and production programmes, all from the archives at UoR. The workshop prompted discussion centred on the meaning of Whitelaw’s colour coding on her scripts, Beckett’s comments to Whitelaw during rehearsals, and the initial reception of the plays.

Judy Hegarty-Lovett (UoR), world-renowned director of Gare St Lazare Ireland, concluded the conference by offering fascinating insights into directing Beckett. Gare St Lazare have staged more than 17 Beckett productions. In 2018, How It Is (Part I), their adaptation of Beckett’s complex prose piece, premiered at the Everyman Theatre in Cork and was subsequently remounted at the Print Room, London. During the Q&A conversation with Dr Lucy Jeffery (event co-organiser), Hegarty-Lovett spoke about the immense challenges that this adaptation posed as well as her experience of directing the piece. The highly anticipated How It Is (Part II)will take place in Cork in September.

The diversity of research exhibited at the Modernist Archives in Context conference offered a powerful insight into the important and wide-ranging research that is currently being undertaken in the field of theatre studies. It was great to be able to engage with original archival documents from Reading’s Beckett Collection – a feeling shared by all delegates.

Chloe Duane
Doctoral researcher at the University of Reading.