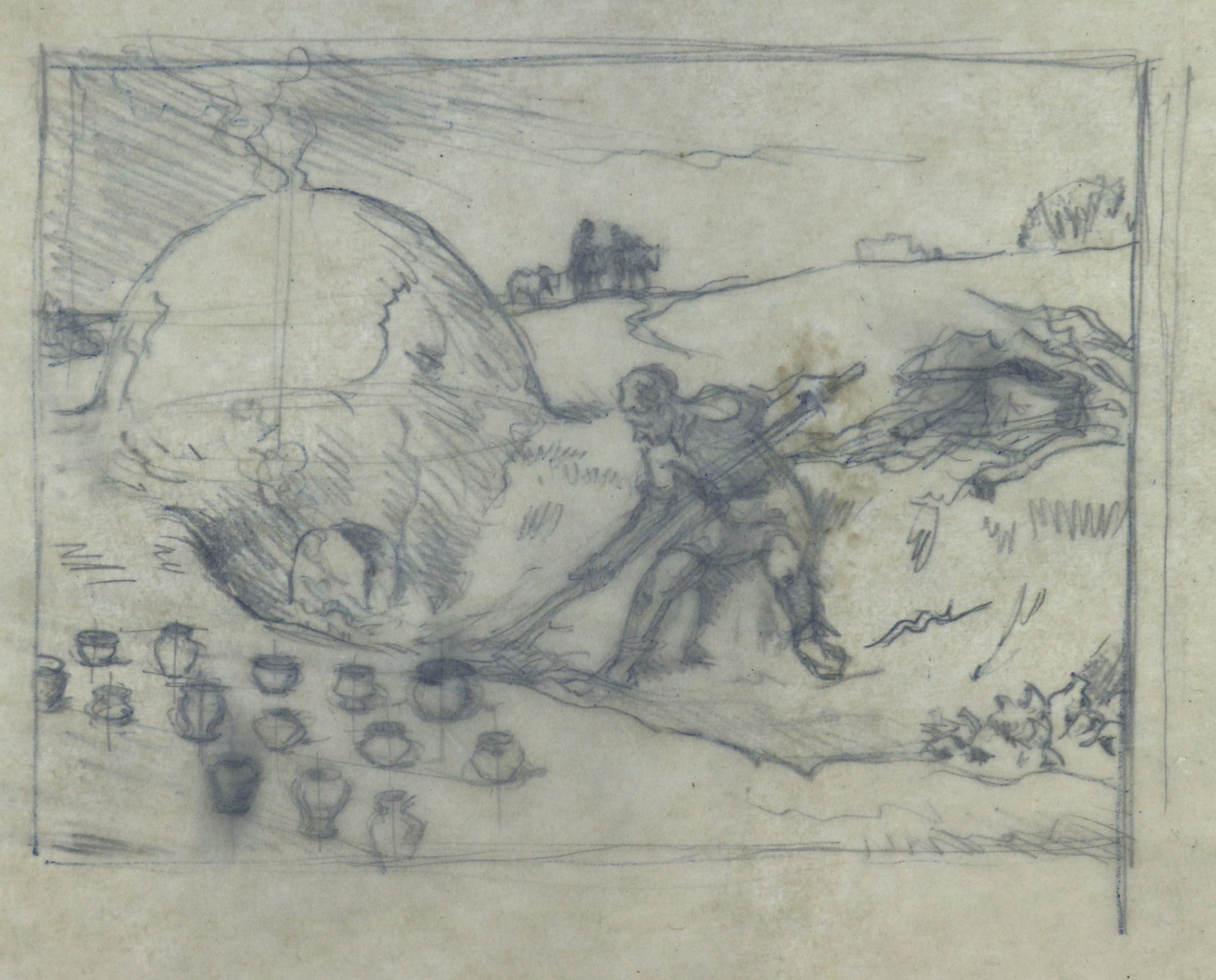 … the artist painted
The vase with scenes funereal.
Aristophanes, The Ecclesiazusae 997

Leon had noticed the ox-carts loaded with pink clay, which rumbled through the streets to the potters’ quarter.
He was interested in pottery. One of his father’s slaves had been a potter and had set up a small pottery on the estate. Leon had tried his hand at “throwing” a small pot and was delighted when it came from the kiln unbroken. He had scratched his mother’s name, Clio, on it before it was fired. She was proud of her son’s effort and kept it in her room.

Leon broached his wish to visit a pottery to his friend Antikles who said, “Why, your inn is close to the potters’ quarter. You must have seen the clay coming in from Phaleron. Go to the inner Kerameikos, enter the first potter’s you come to and buy a little pot.”
So the next morning Leon followed a wagon laden with clay and stopped before a shop full of pots. Great amphoras lay piled on one another outside. He entered, bought a painted cup for Thalia and, entering into conversation with the salesman, was presently invited to inspect the works.

Leon found himself in a bare shed, splashed with pinkish red almost to the rafters. The wet floor, too, was red. The workmen’s clothes were stained with the same colour as were their arms. Yet, in spite of their appearance they seemed to be enjoying their work.

There were several lathes at work. The potters set the heavy horizontal wheels in motion and, when they got up a good speed, they manipulated the revolving lumps of clay. They were working on great hydrias for carrying water, wide-mouthed kraters for mixing wine, oinochoes or pitchers, the shapes of lekythos and kylix and, of course, amphoras. Other workers were making handles for the pots. Leon watched while a man added the curved handles to a kylix or drinking cup. He wondered whether it gave the craftsman the same thrill as he had felt. That seemed likely for the potter sat back, admiring his work.

Brygos – the master-potter – came in and, seeing Leon looking around in interest, thought he might be a rival potter delving for trade secrets. Leon soon reassured him and the potter, becoming cordial and obliging, took him round the place, pointing out the various stages the pots underwent.

“You saw outside,” said Brygos, “the tanks where we treat our clay, the finest in texture and best coloured in all Greece. Of course, there is much clay in our land.”

“Times are not what they were,” he continued. “Not so long ago, there were ten times as many wheels at work in the Kerameikos as now. However, the Syracusan war killed our trade with Italy and now the folk over there make their own ware, having sent here for potters to show them how. We still have the home trade, the Euxine ports and African Cyrenaica. Come into the painting room.”
Here, instead of damp clay and wet floors all was clean and bright. Down the middle of the room ran a long table covered with plain vases, large and small, waiting for decoration. Brygos explained that these had been dried out of doors. Painters sat on stools near the windows. They rested the vessel on a knee, turning it with one hand while the other wielded stylus or brush. Leon noted with interest that two of the workers were women. They were engaged on the decorative borders.

Leon watched the man nearest him. He was drawing a frieze of figures round the pot with a stylus. As the pot was turned, the faint indented lines could be seen. Leon noted the movement of the figures – they were drawn without clothing. When he had finished, the draughtsman took the pot to a wheel, which he set in motion. He held his stylus against the surface of the pot, setting out lines above and below his composition.

The painter resumed his seat, took up a pen and began to work over his previous lines in black. He moved the pen slowly, making no mistakes. The thin line followed the contour of body and limb and with three or four touches clothed the figures with fluttering drapery.

Leon watched, almost holding his breath. When the draughtsman had finished he exchanged his pen for a brush and, with the same paint, painted a band round his figures.

When he had finished he turned to Leon, “There’s one rule I have to remember all the time I use the fine line. One must draw outside the forms and not inside them. Otherwise they become too small or may disappear.”

Meanwhile he had passed the pot to a youth, who proceeded to fill in the rest of the background.

When the youth had completed the grounding of the pot he handed it on to one of the young women. The girl began to fill in a border below the figures with a key pattern. She worked rapidly, freehand.

Looking around, Leon noticed a large dusty amphora standing by itself. “That,” he said, “must be a Panathenaic pot. A man from my city once won such a vase for wrestling and brought it home in triumph.”

“You are right,” said Brygos. “They were good workmen in my ancestor’s time. Though the drawing on the Panathenaic pot shows that their style was not as lifelike as the new style. However, I wish we were back in those times, for the Etruscans greatly admired Attic ware and bought it in large quantities.”

“I myself have seen some when visiting Etruria,” said Leon. “The large Etruscan tombs are full of them. Many of your ancestors’ pots must still be intact.”

Brygos was interested, “I could never quite believe that folk would be so extravagant as to hide unused pots away from the light. Of course I must not forget the lekythos, the white-ground vase which we use to hold unguents for the dead. We are giving up making these owing to a slackening in the demand, but here is a fine specimen that was made here some fifty years ago.” He held the vessel before Leon, turning it round to show the figures drawn on the body. “This little pot represents the high water mark of our pot-painting,” Brygos declared. “A whitish clay has been used to produce a cream ground. It is difficult work drawing onto it.”

There was no time for Leon to view the kilns, but Brygos said, “Tomorrow, I have to open a kiln stored with vessels. I must make early sacrifice to Athene to avert disaster. There have been occasions when I have opened my kiln to find that evil spirits have been at work and have ruined the jars.”

Leon expressed the hope that Brygos would find all to his liking tomorrow. He went back to his inn, where Thalia thanked him for her cup. She drank from the kylix at her next meal. 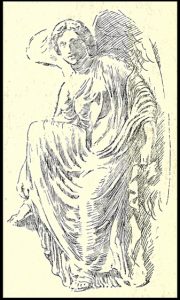