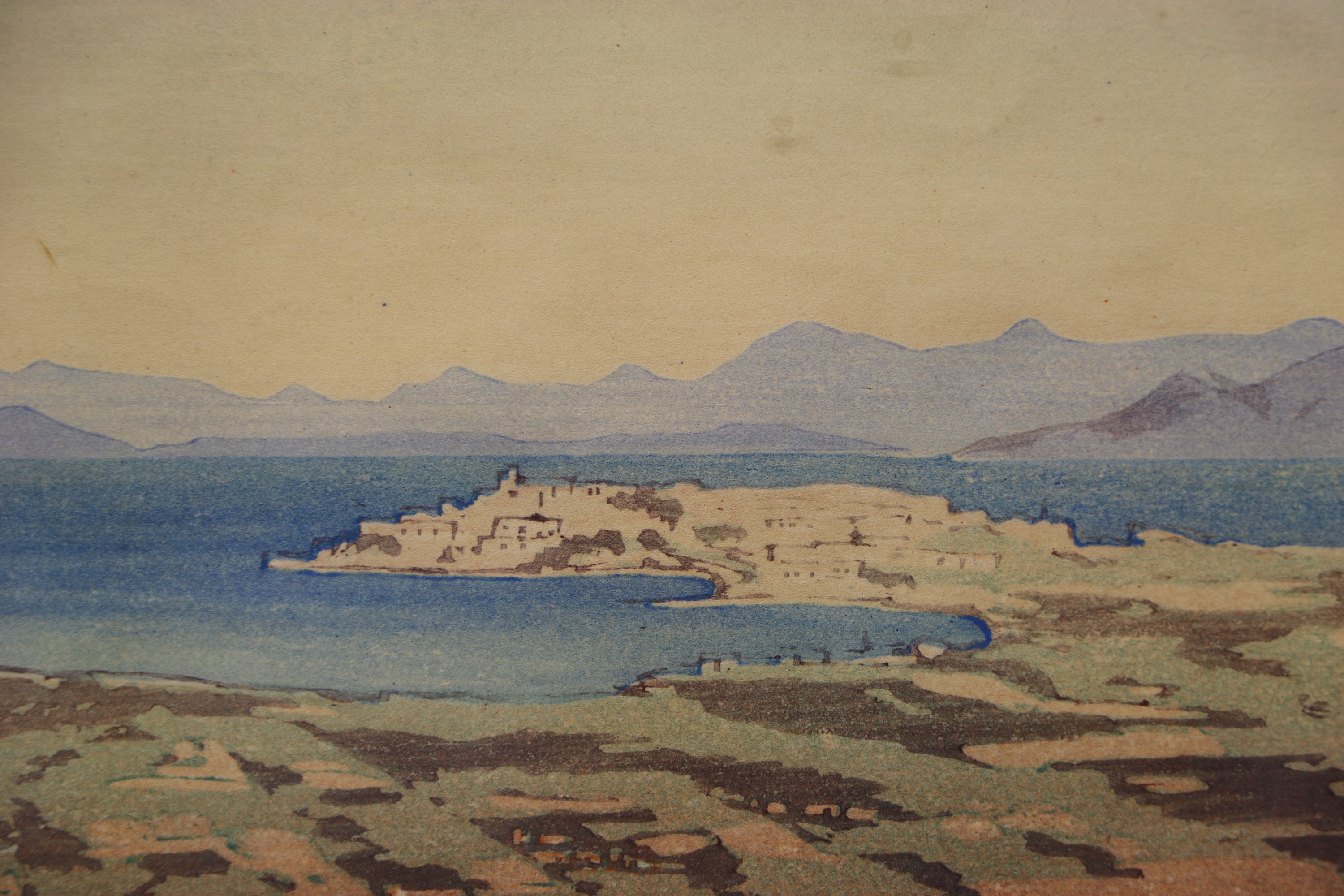 You will not need to hear
The tenth of all our woes,
Our constant watch by day,
Poor anchorage by night,
With trunks of plank and little sleep/

Life aboard ship was so new and interesting, although not luxurious, that Leon did not miss his family and home life. Initially he suffered a bout of sea-sickness when the waves tossed the ship up and down. However, when the wind dropped the next morning he recovered himself. He explored the ship and talked with the sailors. He even begged for a spell at an oar during a calm but was surprised to find how difficult it was. He received a torrent of abuse from the oarsman ahead, whose back he had poked, and nearly fell into the lap of the man behind, who gave him a stealthy kick. He was glad to relinquish the job.

A great smoking mountain signalled their arrival at Sicily, in whose many ports they stopped. The great old-style Doric temples of Selinous and the enormous fane of Akragas! Most interesting was Syracuse, whose great fortifications frowned over her crowded harbour. Once landed Leon accompanied one of the ship’s sailors to the deserted quarries, now overgrown with shrubs, where thousands of Athenian prisoners had starved and rotted. For the sailor, whose father had perished there just thirteen years earlier, it was a pilgrimage. He told Leon, who had been a mere child at the time, that his uncle too had been shut in there. The sailor’s uncle had used his good voice to hearten the prisoners, singing to them the lyrics of Euripides, as they sat around their smoky fires of ivy. He had last sung at Athens in the chorus of the ‘Trojan Women’, circling around Dionysos’ altar, while thousands listened. The next morning a guard entered the quarry and asked for the previous evening’s singer. He was removed, fed, reclothed, equipped with musicians and set to voice all he could remember of those haunting songs. It turned out that the Syracusans were mad for Euripides. So with some coins in his pocket, he was given passage on a ship bound for Athens. In earlier times he would not have dared to show his face in the street where he had lived: the women might have set upon him for returning when so many had been left behind, but things were different by then. Mindful of the manner of his escape, however, he sought out Euripides to thank him. He threw himself at the poet’s feet and told his tale so that Euripides was much affected and shed tears, then raised him and took him into his service.

When Leon returned to the ship, he found that the Gaulish ponies had been led away, but before they resumed the voyage a few new passengers came aboard. Leon was near the gangway when a young girl with fine eyes, who walked like a goddess, came aboard. An old slave woman stuck to her like a shadow. As the ship rolled in the swell, the girl almost lost her balance, but Leon grasped her elbow and steadied her step into the vessel. He relieved the old attendant of a heavy bundle that she was reluctant to cede to a young gentleman. Leon had always made friends of the slaves on his father’s farm so this old woman’s suspicious air only aroused his sympathy. He led the pair to a place where they could sit. The old woman was soon very ill and called on her gods and Eugenia, her young mistress. Leon dragged out a few bales of wool to support her. The girl, however, was unaffected by the motion of the vessel, so Leon, offering to show her around, helped her up the ladder on to the raised deck. They picked their way among the stored cargo, coiled ropes and equipment, looked down at the rowers swinging rhythmically, two men to each great oar, then they leaned on the rail and looked seawards. “Look!” exclaimed the girl, pointing to a fish-like form with a high back fin that rose above the surface and plunged under again, followed by another and a third. “Dolphins,” answered Leon, as he removed from his pouch a silver coin he had received at Syracuse, and pointed to the dolphins playing around the head of Arethusa. Eugenia noted “that is a portrait of my mother, now with the gods. Euainetos, the coin engraver, was a friend of my father’s. When he received the commission to engrave the coin, he begged for my mother to pose for the image of Arethusa. I was a small child at the time but I can remember playing round her knees as she sat for the artist. She was very beautiful.” Leon admitted that when he saw Eugenia boarding the ship he had been certain he had seen her face before. The girl smiled. She said “my hair is much like hers, perhaps more untidy, but this new fashion helps me keep it in order” as she touched the net of gold fabric that supported her locks.

When Leon asked about her journey, Eugenia told him of a message from Patras beckoning her father to a relative who was seriously ill. As Eugenia’s father was away she had taken it upon herself to visit the relative. After this Leon had no further chance of speaking to the girl, whose attendant recovered and kept to her mistress’ side, warding off inquisitive looks from passengers and seamen alike. Mistress and maid disembarked when the ship reached Patras. The old servant called out to some familiar slaves on the quay: “Amytheon! Georgias! Xanthias! Come! Fetch our bundles.” The girl flashed Leon a smile, then skipped down the steps and disappeared with her attendants amid the throng. Leon, feeling rather lonely, left the ship, strolled up the street, and peered inside a shed where some carpets were being made. Further up the hill he gained a view of the port and the sea beyond. The bay was shut in by a dark double-headed mountain. Returning to the quay, he sat on a balk and looked up to the hill with a fortress that reminded him of his own Massalia.

The ship then headed for a southerly course, soon passing the island of Zacynthos. Leon had never before seen such magnificent coastal scenery. Immense cliffs, stained orange and rust, rose sheer from the sea. Green valleys broke their ranks, pushing inland, with little white villages clinging to the sides of the hills. Beyond great snow-covered mountains blocked the view. After a few days they came to Kythera, the spot where Aphrodite had risen from the sea, standing on a sea-shell with her long golden hair, from which she squeezed the foam of the sea while Boreas, the north wind, gently wafted her to the shore. Leon had always imagined a leafy island, with meadows and streams, yet Kythera was another rocky mass. Was Greece all made of stone? No wonder the Greeks had sent out colonies of people to every shore of land that surrounded the sea.

After rounding the last cape the ship held a northern course. Leon woke in bright daylight to a fellow passenger shouting “Sounion, the temple of Poseidon!”, as he pointed to another great mass of cliffs some distance away. Leon could just discern columns on the summit, gleaming in the sunshine. What a site for a temple! The Greeks knew where to put their shrines. 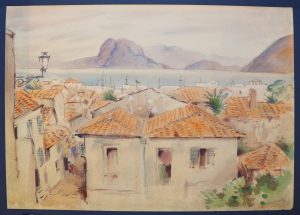