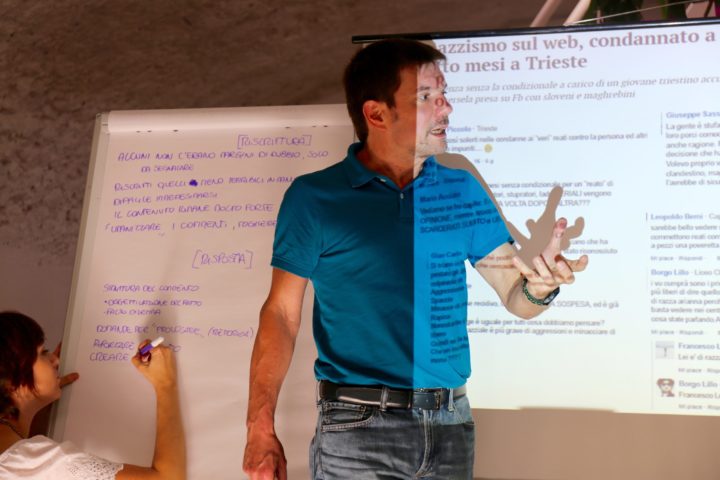 A combination of research, consultancy and public engagement by the University of Reading is revolutionising attitudes towards hate speech in Italy and beyond.

The prevalence of hate speech towards minority groups in Italy has been catalysed over recent years by the frequent use of incendiary language by politicians and the media. Dr Federico Faloppa at the University of Reading has played a pivotal role in raising awareness of this phenomenon, through public, political and professional engagement with his research.

Faloppa’s research explores the origin, use and persistence of everyday racist language. He is widely considered to be the leading authority on hate speech in Italy, with his recent book on the subject being the most comprehensive Italian publication of its type to date.

Faloppa has been instrumental in changing the attitudes and behaviour of key influencers regarding representation of minorities and foreigners across the press and media. He has delivered training to more than 500 journalists and media professionals in Italy and the UK, many of whom have reported reconsidering their use of language as a result.

Through his appointment as an expert to various national and international organisations, including Amnesty Italy and the Council of Europe, Faloppa is also helping to transform trans-European policy and practice regarding hate speech.

His work with Amnesty Italy has involved engagement with activists and lawyers and the establishment and coordination of Italy’s largest network of experts on hate speech and counter-narratives. Faloppa is now liaising with Council of Europe regional offices in Albania, Bosnia Herzegovina and Kosovo with a view to informing policy and best practice across Europe.