The University of Reading Whiteknights campus covers 130 hectares and includes woodland, grassland and lake habitats and is home to a large number of plant and animal species. This presents a huge natural resource for students to explore and to document changes through time.

KiteSite was developed to allow easy recording of georeferenced biodiversity sightings on the Whiteknights campus along with photographs and field notes. The records are stored in a central database and shown in map form. They are freely available to all and this central repository of biodiversity sightings will support teaching and learning activities at the University as well as serve as a long-term database for future research. The records will supplement the activities of the Whiteknights Biodiversity Blog which collates records of all organisms found living on campus.

KiteSite runs on Android and iOS mobile devices and was developed from open source software called EpiCollect. KiteSite is freely available to download. The app was named KiteSite to reflect biodiversity sites on campus as spotted by one of the campus’ most iconic species; the red kite.

KiteSite was developed by a multi-disciplinary team of undergraduate students at the University of Reading. The development project ran during the academic year 2013/14 and was funded by the Teaching and Learning Development Fund at the University.

The KiteSite team consisted of: 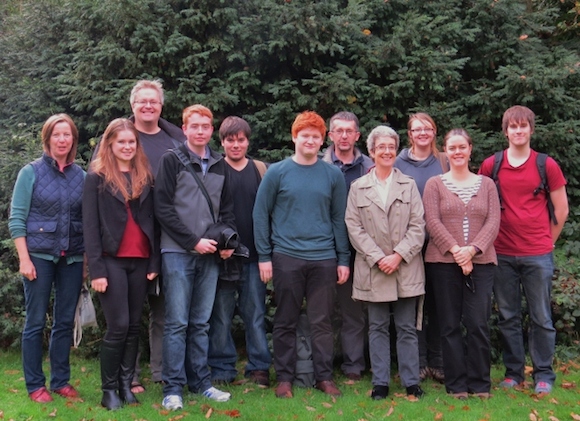