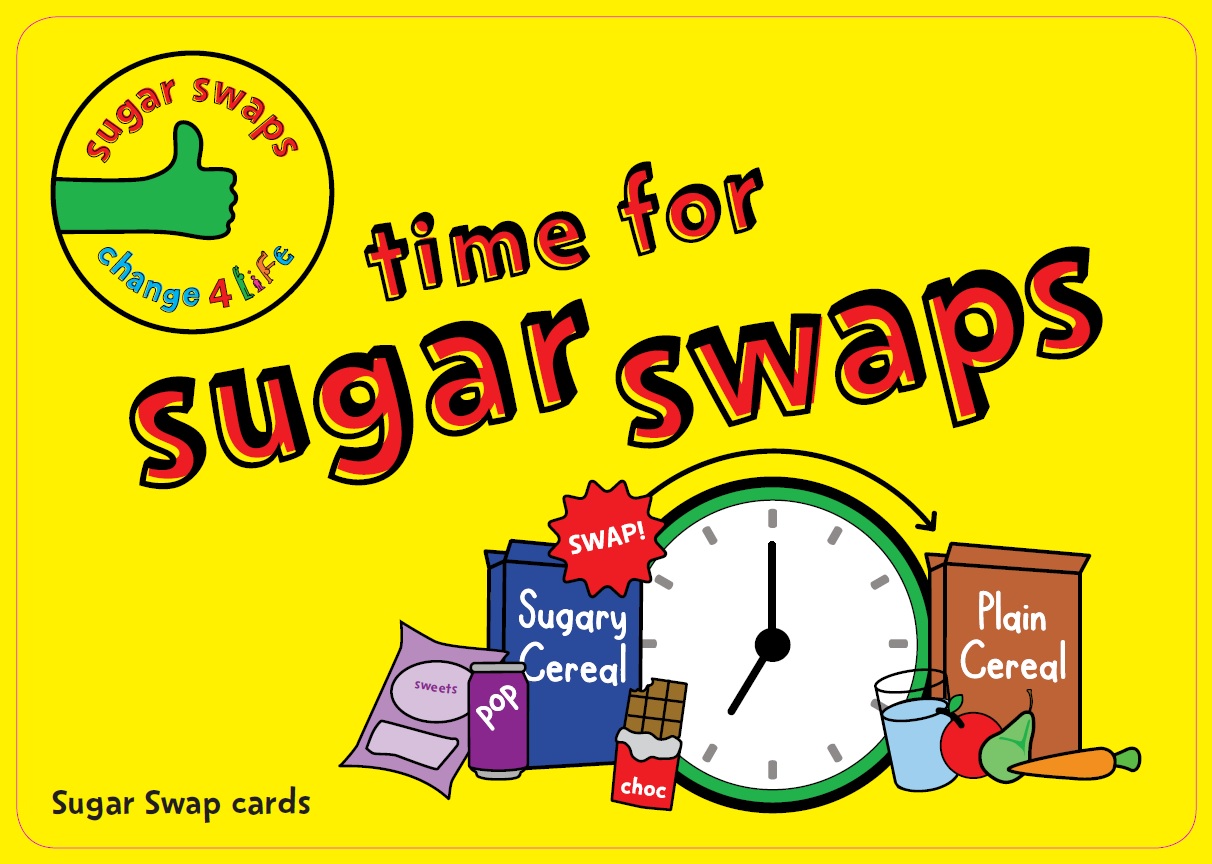 Eating and drinking too much sugar means extra calories, which causes fat to build up inside the body. This can lead to heart disease, some cancers or type 2 diabetes later in life.
Children who are overweight or obese when they are young are far more likely to become overweight or obese adults.

Sugar can also have a devastating impact upon dental health, an integral part of overall health. Tooth decay was the most common reason for hospital admissions for children aged 5 to 9 in 2012 to 2013. Twenty-eight percent of 5 year olds in England have tooth decay and of these, 24% have 5 or more teeth affected. When children are not healthy this affects their ability to learn, thrive and develop.

While guidelines state that no more that 10% of a person’s daily energy or calorie intake should be made up of sugar, at present, children aged 4 to 10 years are consuming up to 50% more than this.
In 2015 Public Health England launched a Change4Life campaign to encourage parents to cut down the amount of sugar their children consume by making one or more simple swaps, tackling different ‘sugar occasions’ in the day:

Public Health England partnered up with Netmums and the University of Reading to deliver a ‘Family Sugar Challenge’, with researchers at the University investigating whether engaging in the Sugar Swaps campaign had immediate and long term effects on the nutritional intake of families.

Evidence collected from the University research shows that engaging in the Sugar Swaps Campaign for a minimum of two weeks is associated with reduced consumption of sugar, fat and energy in all members of the family. These changes were achieved with families making, on average, 10 swaps per day (6 food swaps and 4 drink swaps), indicating that meaningful benefits can be achieved by making achievable daily changes to diet.

Importantly, these benefits extended beyond the first two weeks, with reduced intake of sugar and fat reported in the immediate following weeks, and up to a year later. Increased intake of fruit and vegetables was also observed a year later. The greatest benefits were observed in children, who consumed far lower quantities of sugar and fat from snacks. By far the greatest reductions were seen for sucrose consumption.

This research undertaken by the University demonstrates that the Sugar Swaps Campaign is an effective public health intervention for improving long term dietary habits for the whole family.