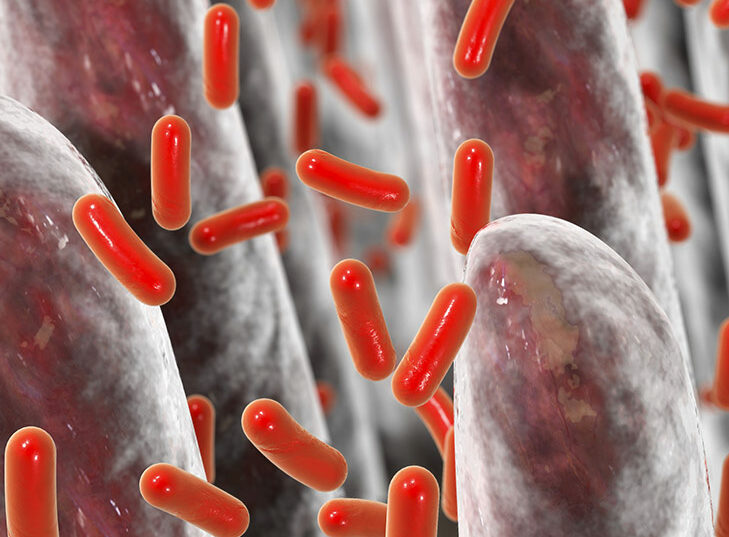 Autism is a spectrum of developmental disorders that profoundly affects the way in which a child relates and communicates with others. Although ranging in degrees of severity, several impaired development markers characterise children with autistic spectrum disorders (ASDs).

These are qualitative impairments in social interaction, communication and development of imagination. Autism is usually diagnosed in early childhood, between 2 and 3 years of age, and is the third most commonly diagnosed childhood development disorder. Boys are 3-5 times more likely to have ASDs than girls. The prevalence of children diagnosed with ASD is increasing and estimated to be 5 to 6 per 1000 in younger children. Numerous theories have been proposed regarding the aetiology of ASDs, however the condition is poorly understood.

The majority of autistic children are reported to experience gastro-intestinal (GI) problems, the most common being abdominal pain, constipation, diarrhoea and bloating. Several studies have investigated various aspects of the GI tract of autistic children, with a range of intestinal abnormalities being reported. Typically, parents claim that GI problems and behavioural symptoms are manifest in parallel. The existence of an ‘abnormal’ gut bacterial composition has been implicated in ASD.

University of Reading researchers have therefore examined the gut microbiota in children with ASDs to better understand relevant interactions and inform the development of appropriate dietary interventions.

Our research has confirmed the elevated presence of the Clostridium genus in autistic children, through culture independent procedures (Parracho et al., 2005). Such a predominance has never been observed in any other human study population carried out by the University’s researchers. This is likely to be detrimental to gastrointestinal health and may explain the gut problems encountered by ASD sufferers. Intriguingly, some clostridia are known producers of neurotoxins – although research has not yet determined species level quantification. Because of their spore forming capacity (a rare trait among the gut microbiota), they have improved resistance to early challenges that affect appropriate microbiota development. This may, at least partly, may explain the clostridial predominance in ASD’s.

Taking this further, a human study (Parracho et al., 2010) showed early promise for a probiotic intervention procedure to reduce clostridia and their concomitant effects. However, the trial suffered from a large drop-out number making conclusions only speculative at this stage, although results identify a plausible explanation for the autism and gut microbiome link.

This hypothesis is being researched further in order to develop a fundamental understanding of the interactions that ultimately lead to appropriate dietary interventions. To this end, researchers have begun testing a prebiotic in ASDs. This involved a series of gut model experiments followed by a recently completed human study. The latter has not yet been published but favourable improvements in gut microbial profiles together with better sleeping patterns and social behaviour in the children volunteers (subjective analysis) have been observed.