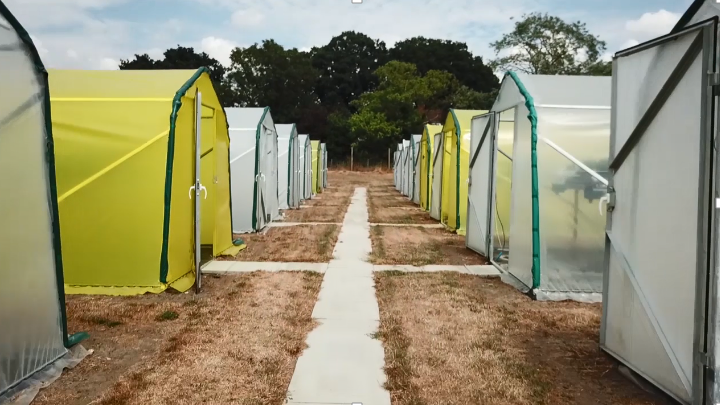 Poly tunnels, growing areas enclosed by plastic film cladding, have transformed the production of many crops in the UK and around the world, by reducing losses from poor weather, pests, and diseases. For soft fruits such as berries, poly tunnels have increased production, yield and quality, extended growing seasons from 6 weeks to 8 months for strawberries, and allowed growers to use biological control agents for pest and disease control.

There are around 7,990 hectares of poly tunnels in the UK, with over 90% being used for growing soft fruits like strawberries. However, the traditional plastic films currently used in poly tunnels are not optimised for plant performance.

This Ceres project is creating better poly tunnels by spectrally modifying greenhouse films to improve crop growth. A major benefit will be increased yield: just a 5% increase in strawberry yield would generate up to an additional 3 tonnes of fruit per hectare, around £25m extra per annum for the UK soft fruit industry. This novel film technology promises to increase yields of many other high value horticultural crops in the UK and further afield, helping to increase food production for the world’s growing population.

Find out more about our collaboration with Ceres