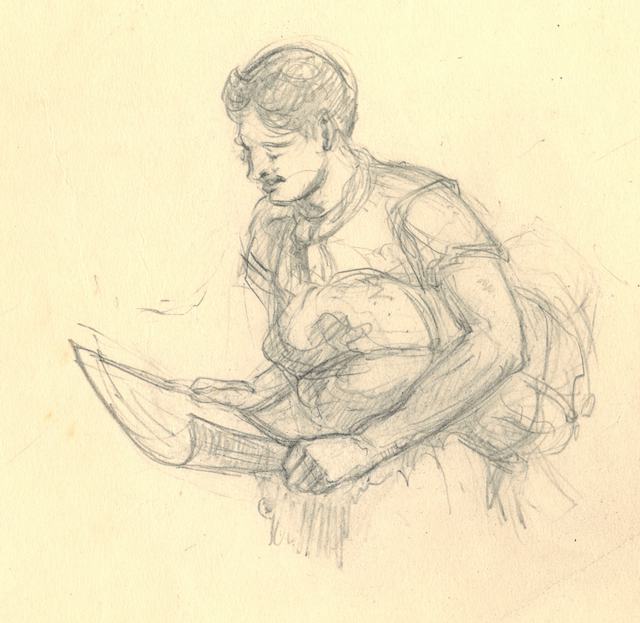 The oars are manned: the
Sailors shout:
A last farewell is ours
Euripides, The Trojan Women

Massalia, the greatest port of the western Mediterranean, was busy as usual, her quays cluttered with goods borne by porters, loaded into ox carts, or slung on the backs of donkeys and ponies. Vessels large and small packed the sea-wall or stood at anchor a little way out. A broad-beamed merchant ship from Spain had just come into harbour and hauled down her great square sail, and the men at the sweep were struggling to make headway in the teeth of the wind. The quayside, as at every port, was filled with a variety of folk. An Etruscan peddled jewellery. There was even a Babylonian with his rugs. The Greeks, mostly Massaliots, visitors from Empuries, Syracuse, and Athens, and even the Ionian cities, wrapped their cloaks around themselves. Perhaps they wished they wore trousers, like a small party of long-moustached Gauls who swaggered along, furred to the ears in animal pelts. Most of the dark-skinned sailors were dressed in brightly coloured garments that revealed their home ports. Here and there one might come on a hook-nosed Carthaginian.

A surge of activity revealed that one vessel, with great eyes painted on the sides of her high prow, was about to depart. Sailors were stowing ropes in coils and untying the thongs that kept the great mainsail in a tidy roll. Below the undecked waist one could see a cargo of a dozen Gaulish ponies, heads securely tied, slings under their bellies, and trusses of hay packed around them for both security and forage. The captain shouted for the last consignment of cargo—some tall casks of Spanish wine—to be packed around with ropes or wiry grass.

A tall young fellow clasped the hand of an upright matron, closely enveloped in a great cloak. As she put her hand on his shoulder, she said “Farewell, my Leon. Give thanks and make offerings to our goddess Artemis, when you reach Athens. Avoid the riotous Athenian youths and beware especially of sleeping in damp beds.” She called to a sturdy lad and a slim girl, who were preoccupied with this wonder of a ship, “Children, come bid farewell to your brother, who this moment is leaving us for his long journey. Where is your father?” Then “Ah! Here he comes. Hasten Autokles.”

A stout middle-aged Massaliot, his long hair and beard waving in the wind, hurried towards the group as fast as his dignity would allow.

“Leon!” he cried as he drew near, “The omens are favourable. I have consulted the best soothsayer in the port and he promises a good passage, but beware! He sees you in the sea up to your neck. I can’t imagine what he means.”

“I hope nothing much, for I can’t swim, as you know,” laughed Leon.

His father continued, “Learn all you can at Athens so that when you return you may advise us concerning our arts and crafts. We Massaliots are far removed from the latest ideas. Watch with earnest eyes. You do not need to work with your hands, but you might help our city to become an Athens of the West. We have wealth and clever craftsmen, but need instruction.” He added “if you see something especially fine, whether marble or bronze, something to offer to Artemis, worry not at the price. Also bring back a necklace of fine workmanship for your mother and something for your brother and sister. Keep up your running, so that you can vouch for the full ten months of training should you decide to enter the Olympic Games. Now the captain calls impatiently, so go, my son. We shall pray to the goddess daily for your safe return.”

After a final glance at his mother, Leon jumped aboard the after-deck where the steersman was already tugging at his great oar. Leon’s father pointed to the gulls winging their way out of the harbour: “The birds fly before you with the wind. A good omen. Farewell, Leon. Farewell!”

Leon waved as long as he could distinguish his people, but then the harbour began to dwindle until he could see only the hill beyond the town, crowned with its citadel. When that, too, disappeared Leon felt that at last he had really commenced his journey.