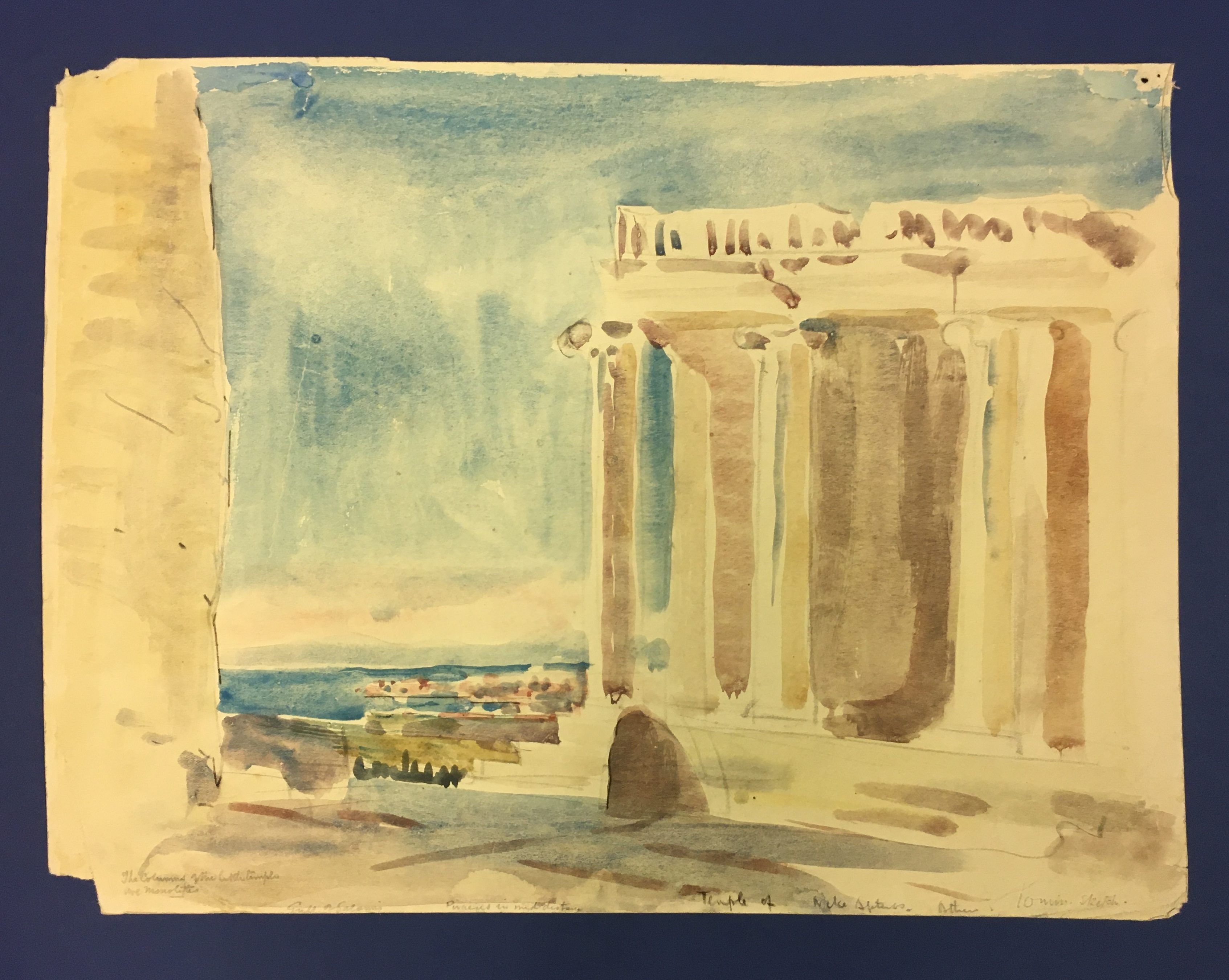 … suddenly
The solid earth beneath our feet
Trembled and quaked
Euripides, Iphigenia in Tauris 46

Leon was dreaming. He was on board ship and the weather was rough. He awoke, and was sure he felt his bed swaying slightly. It was pitch dark and, feeling drowsy, he fell asleep again; but almost at once, it seemed, his dream had returned and this time it was worse. On his hard bunk by the side of the ship he was rocked to and fro and he felt the ship must soon founder. There came another roll; he was pitched out of his sleeping place and awoke to find himself on the floor of his room. The paving beneath him was certainly moving with a sliding, sickening sensation. He heard a crashing of pottery, a tile or two fell from the roof with a clatter and almost at the same time everyone in the house seemed to be awake, shouting or screaming “Earthquake! Earthquake! To the street!” Then Phylinna’s voice could be heard above the rest:

“Thalia! Thalia! Where are you?”

Leon felt for his sandals and cloak and ran from his chamber, in the dark colliding violently with someone making for the entrance, where a faint light glimmered. He reached the street and saw Phylinna, who was holding a lamp aloft. The wick burned steadily for the air was deathly still. The street was full of people shouting and bumping into one another, with a light twinkling here and there. However, Leon’s attention was directed to his hostess, who seemed desperate. Calling her servants she demanded loudly where was her daughter? She turned to Leon.

“When the first shock came I put out my hand to Thalia, sleeping on her bed beside me. I felt her move, but she seemed not to awake. I was uneasy, though, and fearing another shock, fetched a light and roused all the folk in the house. When the second shock came I rushed to my chamber, but my child was gone.”

Phylinna became hysterical, calling on all the goddesses to restore her daughter to her. Then, turning on her servants she ordered some to search the house, others the street. The maids, however, looked at her, mutinously. They were afraid the house might collapse at any moment and the dark street, too, was full of dangers.

“Give me the lamp”, said Leon “and I will search the house.”

“I will go with you,” declared his hostess and went within, Leon following. “We must hurry,” she said. “There may be a third shock and if so it will be a severe one. If only the gods will restore my child to me.”

They searched every room but without result. Every moment Phylinna grew more anxious. Convinced the child was not in the inn they returned to the street.

Outside, the trembling servants had nothing of cheer to offer the mother. They had passed the word down the street, but Thalia had not been seen.

“Where is the dog?” asked one of the maids. The animal was the child’s special pet and was missing too.

Phylinna couldn’t restrain her tears, fearing what might have become of her daughter, but Thalia could not have gone far and morning was at hand. Moreover, it seemed that the earthquake shocks were over.

The mother decided to search the streets herself. Leon said he would search too, but in the opposite direction. He groped his way down the street asking in vain for news of Thalia the innkeeper’s daughter. The huddled groups were thinning fast. Folk were saying that it seemed there would be no further trouble and were returning to their houses.

When Leon had gone some distance he noted it was lighter so dawn must be on the way. He reached the Dipylon Gate. It was fast closed and the guard assured him that he hadn’t seen any child. Evidently she was somewhere in the city. Leon turned and almost without knowing it found himself under the Akropolis. Looking up he noticed something white high on the rock’s slope. For a moment he feared that the child might somehow have climbed up on to the Akropolis and fallen over. Feeling uneasy he decided to investigate. However, he climbed up only to find a woman’s gown thrown over a rock to bleach in the morning sun. Making his way down Leon soon reached the Propylaia.

Although he could see the gates were closed he began to ascend and turning to the right found himself before the little Temple of Athene Niké – the wingless Victory. There was a light behind the grating of the cella. A dog barked and the animal appeared from beyond the parapet. It seemed about to attack Leon, then changed its mind and fawned against his legs. A priest, no older than Leon, came from the cella.

“Who comes so early, following this disturbed night?” he asked.

Leon explained that he was looking for a young child, whose mother was anxious at her disappearance. Then his attention was attracted to the dog and looking at it more closely he exclaimed:

“Why, this is the child’s pet! See, it knows me,” as the animal jumped around him.

The priest beckoned to Leon to enter the cella. The lamp cast a faint glimmer on something lying on a bench, covered by a robe. The priest put a finger to his lip and, crossing to the heap, raised a corner of the garment, revealing Thalia’s face. She was fast asleep.

“She wandered in here, only a little while ago,” whispered the priest. “After the rumblings of Mother Ge, I was startled, although the dog, following her like a shadow, reassured me. The child walked right in, went to the bench, lay down and at once seemed asleep. I spoke to her, but she didn’t answer. I think that, disturbed by the shocks, she must have walked here in her sleep.”

“I will take her back at once,” said Leon. “She is my hostess’ daughter. Thank you for covering her warmly.” Removing the robe from the sleeping child, he took off his cloak and wrapped her in it. Leon took the child in his arms and mutely begged the priest to wrap her more closely around.

“Take care of the little one,” said the priest as he held the lamp to light his visitors. Leon, again whispering his thanks, went his way followed by the dog.

By the time he reached the street of the inn it was broad daylight. The mother, seeing Leon approach, rushed towards them with outstretched arms. Proud of his success, Leon carried Thalia to her own bed while her mother shed more tears. Praising Leon as being like Theseus, Phylinna asked in the same breath where her daughter had been found.

Leon laid the child gently on the couch still covered with his cloak; but before he could leave the room Thalia awoke, saying “I’m so hungry”. 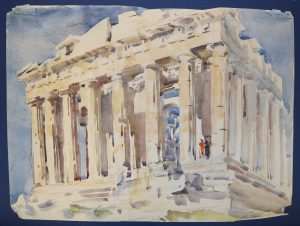