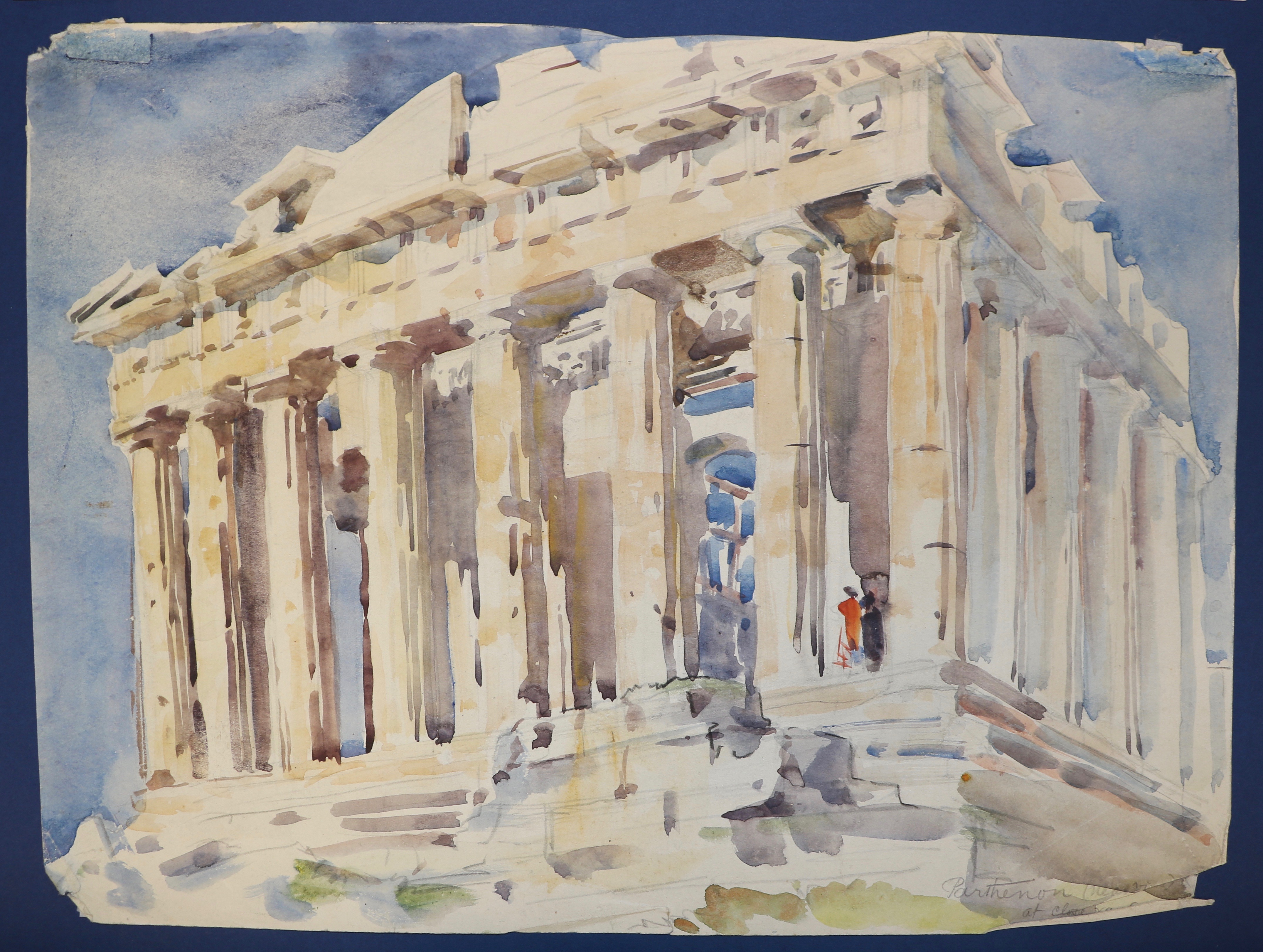 I saw, one day, a-gathering flowers,
A dainty little maid.

Later that day Thalia asked a favour of Leon. Everyone said she should go to the temple of Niké and offer thanks, but no one had time to go with her. Leon smiled, “Well, I’m not too busy. Let’s go now while the sun is shining. I shall be glad to revisit the Akropolis.”

Thalia darted away and shortly returned with a fresh ribbon in her hair and carrying her offering – a basket of fruit. There was an array of purple figs, greyish olives, golden lemons and laurel leaves. “I arranged them myself”, she said.

The two made their way to the Akropolis and climbed to the little temple, where Thalia laid her offering before the altar and knelt repeating the phrases her mother had taught her. The young priest appeared and greeted them warmly.

After visiting the bench where Thalia had slept they talked about her walk with unseeing eyes through the thronged dark streets, and her climb at the end. “The gods”, affirmed the priest, “can give strength to the weak and knowledge to the ignorant. Without doubt the child is in the direct care of Athene. Farewell, child and you my friend from overseas. The gods have you both in their keeping.” He waved farewell and the two went through the Propylaia, Thalia saying she had seen the pictures in the left-hand chamber so often she knew them by heart.

They then found themselves before the great bronze statue of Athene Champion, her shield, helmet, crest and spear-point gold-bedecked. Leon told Thalia that he had seen the glint of the spear-head while his vessel was still out at sea.

Thalia took Leon’s hand and taking charge of him, began to act as a guide: “We will now visit the groups of statuary, many of them famous, which line the path to the cella of the great goddess Athene”, she said in a formal tone.

She had her favourites, however, for she passed most of the groups without comment. She paused before Myron’s heifer. The large bronze cow was swaying her head and stamping impatiently. “Myron must have been thinking of Io, driven all over the world by the stinging gad-fly”, she said.

“Myron is good at depicting action”, Leon responded. “I have already seen his Diskobolos bending over with his arm holding the disc outstretched, and looking back.”

“Let’s go on to the Parthenon,” Thalia suggested. They walked round to the east porch, and knelt for a moment before Athene. The bronze gates had been thrown back and the two could see the great ivory and gold statue towering up in the dim light, ghost-like and shimmering.

Then Thalia stood up and said briskly, “Now for the frieze”. She could remember the last Panathenaic procession nearly four years earlier and so knew exactly how the procession should go. She marched Leon back to the west end of the temple, facing the Propylaia. Here they could see depictions of the procession’s start down in the Kerameikos, the pottery quarter, where the knights were getting ready to mount.

Next they moved to the north side of the temple. “Here go the horsemen. I like the gilded bronze bits and bridles.” She pointed at the horses, “I think the riders make their steeds prance on purpose to show how well they can manage them.”

“They’re the most exciting part of the show”, declared Thalia. “The soldiers jump in and out of the chariots all the time.” Next they saw magistrates, and in front the musicians with their lyres and pipes. Then, youths carrying hydrias containing water from the sacred spring. Before them were men with trays of offerings and in front the victims – sheep and cows. “Now we come to the most sacred part, the frieze in front of Athene’s cella. Here are the maidens with the jugs of wine and instruments for the sacrifice; there is the priest with the peplos or cloak for the xoanon.”

“And here, to right and left, are the gods and goddesses. They sit up here on thrones waiting to receive the peplos.” Leon looked and identified Athene next to the peplos, her aegis or breast plate in her lap. Next to her was Hephaestos, his crutch under his shoulder. Zeus was in the middle on a high-backed seat and next to him sat Ares holding his spear. Hermes had his broad-brimmed traveller’s hat on his knees and in his right hand held his staff with its intertwined snakes.

“We may as well see the other side,” Thalia said, “although it’s much the same as the first – mostly horsemen. And my neck begins to ache.”

As they moved away Thalia jumped to another topic. “Mother says that, although the men have things their own way down in the city, up on the Akropolis they bow down to female deities. All the shrines here are for goddesses. There’s Mother Ge’s altar in the very centre, three temples for Athene and no fewer than six statues of her if you count the Niké. Then Artemis has a shrine by the gateway and Aphrodite’s precinct is over there”, she pointed to the north side. “My sister (she was married before you came), used to go there with other girls once a year with baskets of offerings which they threw down a cleft in the rock. Mother says I must go when I am older.”

“But you’ve forgotten Erechtheus’ triple temple”, laughed Leon. “It’s unfortunate that the Erechtheion is closed for rebuilding. I would have liked to have seen the print Poseidon made on the rock with his trident when he was contending with Athene for the lordship of the city. And the salt spring below. That’s why the Erechtheion is a funny shape. So that all the sacred spots there could be enshrined in one building.”

“I saw them once,” said Thalia, “and the serpents too. The priestess showed them to me. They were in a box and she raised the lid a little so that I could peep in. They were wriggling. Ugh!” she shuddered.

Just before they reached the Propylaia on their way out, Thalia drew Leon towards the marble pavement of Artemis of the Bears, guardian of young animals, especially bears. Although there were no bears at present, the priestess had a cat with a family of playful kittens. Thalia nursed one on her lap, and was asked whether she would like it. “Oh! May I?” she asked Leon.

So Thalia walked back happy, with the kitten cuddled in her arms. She said: “I don’t want to say good-bye to Artemis. Mother says that soon I must bring my dolls and toys, lay them at the altar and dance before Artemis as a farewell to my childhood. I don’t want to grow up, Leon. It means no more play and lots of work at the inn.” She brightened up. “I shall have a new dress for that dance, a saffron one, and a necklace and earrings.” She became silent, overcome by those thoughts. 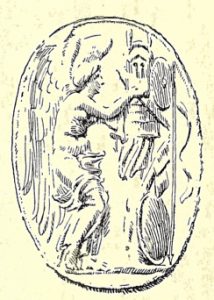