BAME students in the early years of the university

(by Amara Thornton, former Research Officer at the Ure Museum of Greek Archaeology)

As part of her research into the history of the Ure Museum, Dr Amara Thornton investigated wider contexts in the life of Annie Hunt Ure, the Museum’s first curator.  Annie Hunt was a Classics student at University College Reading from 1911 to 1914, and later married Reading’s Professor of Classics Percy Ure.  Examining the Ure’s archive and other records from the University History Collection offers valuable insights into the early history of the University, its students and the projects that fed into the evolution of the University as we know it today.

As soon as I looked closely at the postcard image, two faces popped out at me. Two faces that looked significantly different from the rest.  It’s always fascinating, for me, anyway, to see historic photographs of people who would now be considered in Britain as “Black, Asian and Minority Ethnic” (BAME) – a troublesome term in my opinion (writing as one who could fit into that category) but there it is. [Important note: as Dr Caroline Bressey has noted, using photography to find evidence of people of colour is not without methodological and ethical issues].

The postcard was annotated on the back. “S R C 1913-14.” and is now held in the Ure family archive, among other papers relating to Annie Hunt’s student days at Reading.  She is among the group of students posing for the camera. Four years after the photograph was taken, she was Annie Ure.  Eventually, she became curator of the Museum of Greek Archaeology (now the Ure Museum). 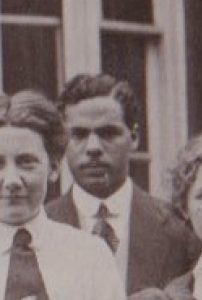 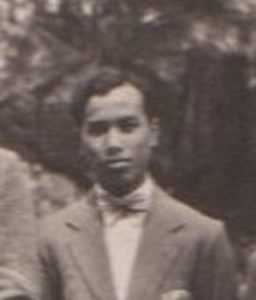 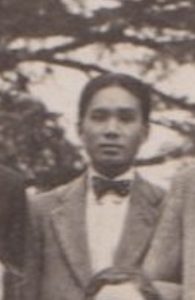 The two faces that had popped out at me were her colleagues – fellow Student Representative Council members.  At the moment it’s impossible to match names to faces, although the 1913-1914 Calendar lists “Nai Pien” and “Nai Oue” (“Nai” being a title) amongst SRC members. But this photograph represents an important and hitherto understudied history.

From a fairly early stage Reading had a small but not insignificant quantity of students from what would now be called ‘diverse’ backgrounds.  They show up in various student records. Looking through the University’s Academic Board Minute books, for example, reveals that the College attracted students from Egypt by March 1908. In May that year, the Board minutes indicate that there were at least five Egyptian students expected to be in residence at Reading during the upcoming Session.

The University College Reading Calendars, Reviews and Annual Reports have a few more details.  In 1910 for example, the College’s Review noted in a special section on “Student Appointments” that “Sheik Mohammed Ahmed Gad Al-Maula”, a former College student, had been hired to teach Arabic at Oxford University. The then Laudian Professor of Arabic David Margoliouth had been consulted on the appointment.

Reading’s student magazine Tamesis is another potential source here.  The Autumn 1912 issue contained a short essay by “Zaki” (a pen-name) on “Women in Islam”.  In it, “Zaki” asserts the opinion that the view of Islam in the West “is undoubtedly due, either to complete ignorance of Islam and its theory, or to the misrepresentations of some writers who are so prejudiced by their own religious beliefs that they can only look at one side of the subject.”  Might “Zaki” have been a student from a country in which the Islamic religion was widely practiced?  Without access to Tamesis submission records it’s impossible to say, but it’s conceivable.

In 1915 another fascinating notice appeared in the Review marking the receipt, in Reading, of an “illustrated address” sent by three Egyptian self-identified “Old Boys” of the College: A. F. Al Kattan, Hassan Darweesh and J. H. Wali. (A copy of this Review is displayed in the “Egypt in Britain Drawer” of the Ure Museum’s “Egypt in Reading” exhibition.) Egypt was an important part of the British war effort in the Eastern Mediterranean, and Cairo an emerging centre of military intelligence. Until December 1914, Egypt had officially been part of the Ottoman Empire, though it had been occupied by Britain from 1882. When the Ottoman Empire had joined the Central Powers against the Allied Powers, Britain formally annexed Egypt, declaring it a Protectorate.

It was amid this context, then that Al Kattan, Darweesh and Wali sent the College their “more than friendly sentiments for our British fellow collegians at this time of stress when a tragic and solemn upheaval is taking place in the destinies of the world.”  Their address continued, “We should dread to think that you should entertain even for the space of a single moment any apprehensions as to our feelings having undergone the slightest change owing to recent events…”

Reading continued to attract students from abroad after gaining university status in 1926. One rather heartbreaking story made the papers two years later; it is preserved in Reading’s Newspaper Cuttings Books as part of the University History Collection.  It concerned a Reading student from India. Madan Mohan Johri had become friends with a local woman, Miss Kipping.  Miss Kipping’s parents disapproved, and told the local police. Johri was suspended from university, and lost the scholarship that enabled him to live and study in Reading, worth £240 a year.  He decided to claim damages from the Kipping family, the subsequent court case was the subject of the newspaper article.  Though the article indicated the matter was settled between the two parties, I’m not sure at the moment whether Johri ever returned to Reading.

These snippets form just the tip of the iceberg, I’m sure. Archives held by former Reading students and their families are a great resource, as is abundantly clear in the case of Annie Ure.  And as more of the University History Collection is catalogued and made accessible, who knows what other stories could be waiting in the wings….

Postscript: After the initial draft of this blog, it came to my attention that there was yet more photographic evidence relevant to this issue in the Department of Typography and Graphic Communication.  It is an album now held in the Typography collections recording students in Reading’s Department of Fine Art, which in the early 1930s was led by Professor of Fine Art Allen Seaby. 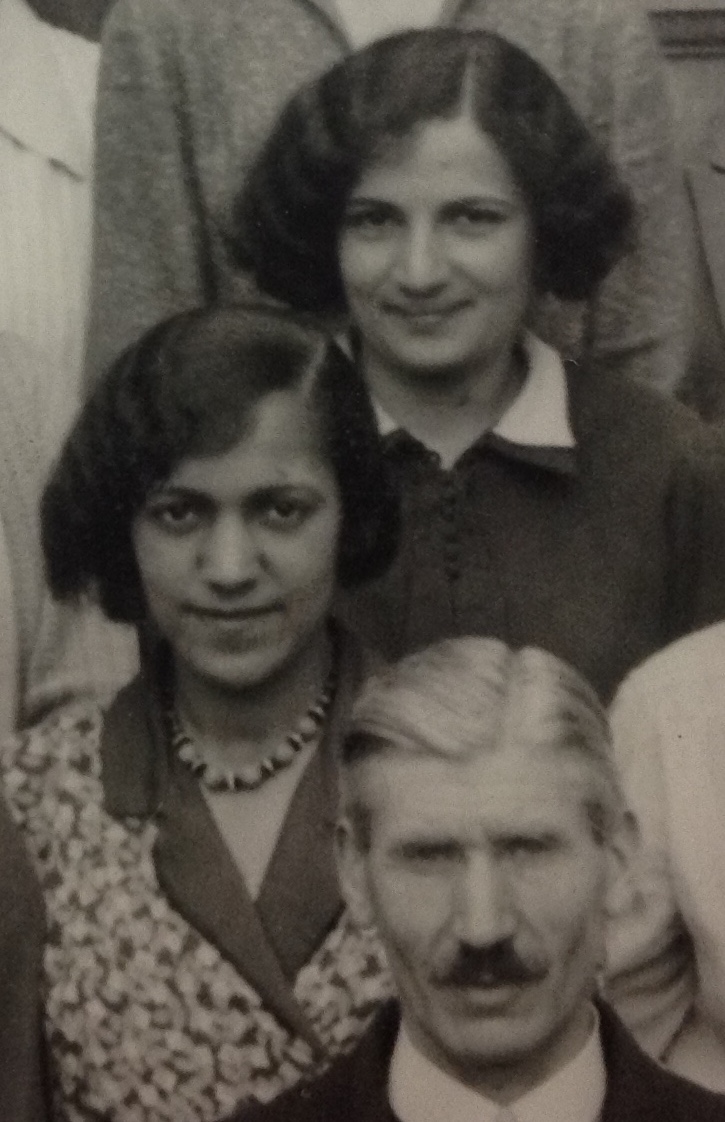 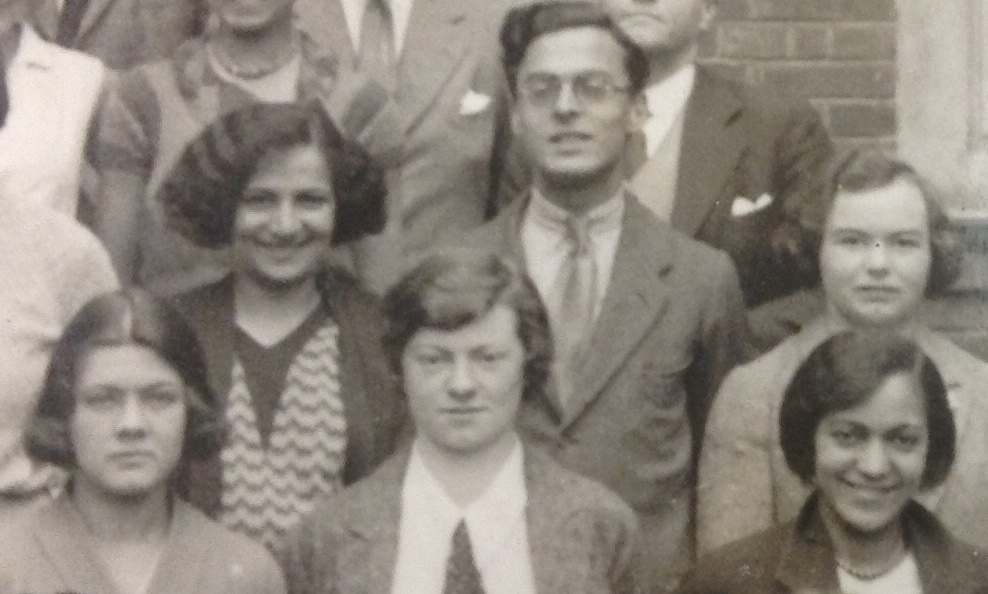 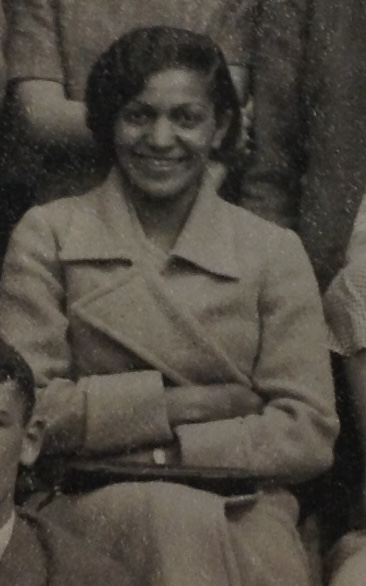 Looking closely at the group photos of Fine Art students from this period shows that in this Department too, students of colour were present across consecutive academic sessions.  I have yet to discover identities, but I hope in due course I’ll find out more!

With thanks to the Ure family, Emma Minns, the Department of Typography and Graphic Communication, Rhi Smith and Katherine Harloe.