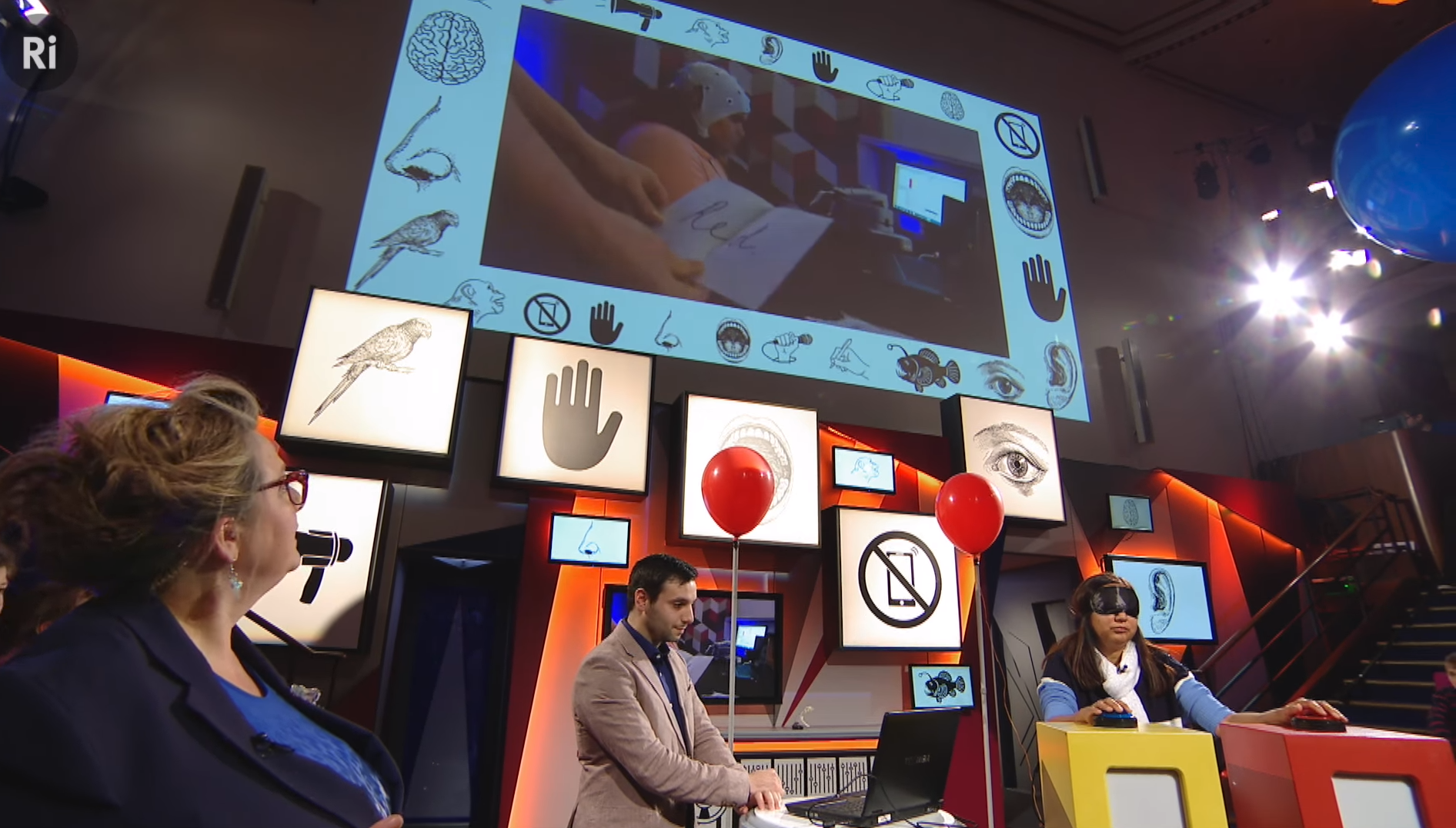 Controlling a computer with your mind? Really? Professor Salwomir Nasuto’s Brain Embodiment Lab delights in bringing cutting-edge neuroscience to young people, wherever they might be.

His large, interdisciplinary team devises interactive demonstrations that are accessible, fun and easy-to-understand, allowing young people aged 8 to 18 to enter a world where science-fiction and science-fact merge. A colourful riot of serious research, virtual reality and good old-fashioned showmanship, the spectacle gets even better when that ‘how-did-they-do-that’ moment is actually answered. By including both a jaw-dropping result and the research that led to it, the team shares their own joy in the process of discovery. Perhaps unsurprisingly, adults enjoy playing too.

Interacting with scores of young people in schools and museums and hundreds at events such as the Big Bang Science Fair, the team adapts presentations according to the audience. Bite-sized nuggets for young children and small groups so everyone gets a go; more in-depth explanations for older, larger groups. For the famous Royal Institution Christmas Lectures in 2017 the team focused on a demonstration with true wow-factor: human to human ‘telepathic control.’ Ten times, a volunteer from the audience correctly received signals sent from her daughter in another room via brain waves and electrodes – amazing, and engaging, thousands of young people with the wonders of neuroscience, and inspiring them to get involved themselves.

Judges’ comments: “The team has taken a creative approach to introducing complex scientific concepts to children – their collaborative approach is helping them to reach large audiences”