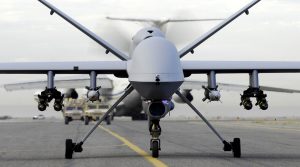 Research at the University of Reading is being used to promote human rights and to prevent abuses of power in some of the world’s most controversial military operations.

For as long as human conflict has existed, so too have the rules of war. But as international relations and military technologies have continued to evolve, the regulation of armed conflict in the twenty-first century has become increasingly complex.

Researchers at the University of Reading are now helping to untangle some of this complexity, by informing and clarifying both domestic and international regulation within two key areas of military operation – the detention of prisoners and the use of armed drones.

Detention has been a major feature of recent conflicts involving the UK. Research and analysis by Dr Lawrence Hill-Cawthorne was used as the basis of a landmark court ruling intended to reduce the risk of unnecessary detentions, by requiring that all detainees understand the grounds of their detention and are able to challenge it where appropriate.

The use of drones for targeted killings in military conflicts has also increased exponentially over recent years, including by the UK. Following the adoption of Hill-Cawthorne’s research on the regulation of drone strikes by the Parliamentary Joint Committee on Human Rights (JCHR), the UK Government has made significant changes to its drone policy to ensure all future strikes comply with international law.

Hill-Cawthorne’s research has been used by the UN in its development of universal detention rules and has contributed to an emerging consensus on the legal regulation of armed drones. As such, it is bringing much-needed clarity to two of the most controversial and complex areas of international law.

View the full impact case study on the REF 2021 website: Promoting Human Rights and the Rule of Law in Military Operations