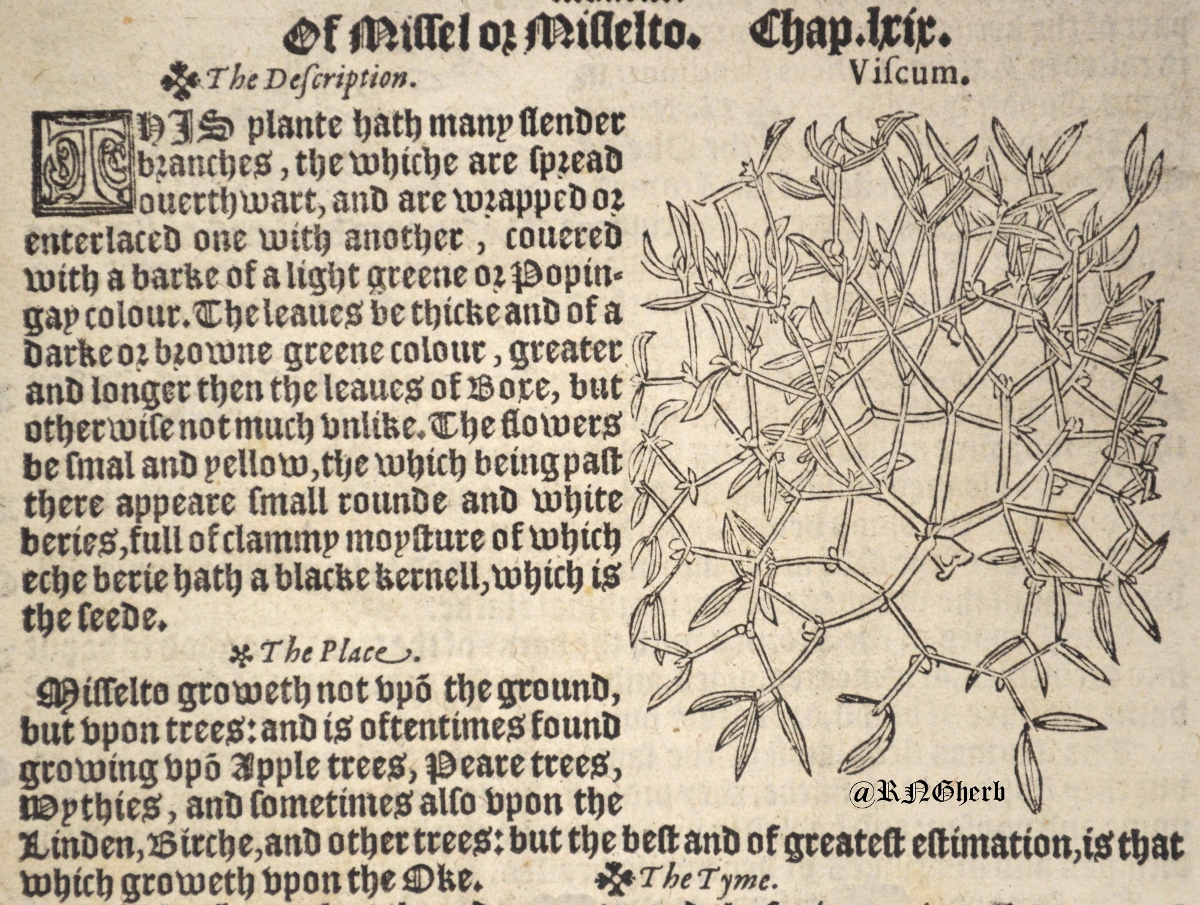 2nd day of #AdventBotany – Viscum album – another evergreen but this time more sinister. This hemi-parasitic plant grows on a range of broadleaved trees including apple, linden and oak. It has a long tradition in Druidic ritual and the Romans report the harvesting of the species from Quercus (oak) by celtic druids using a golden sickle. This poisonous plant contains the lectin viscumin which is similar to ricin.

From the 16th century mistletoe became associated with kissing in some Christian cultures. In the photo below you can see part of the entry on Viscum from Lyte’s ‘A niewe Herball’ published in 1578. This is the oldest book held by University of Reading Herbarium.

Among the herbarium specimens of Viscum album we have a collection of correspondence and phtographs from the 1930s when UK botanists seemed keen to find this hemi-parasite on new hosts.

For notes on the chemistry of mistletoe see Tyramine on the Chemistry Advent Calendar.