The Brussels Sprout is the true plant of Christmas! So says Professor John Warren, and he has statistics to prove his point! The British have a strange love-hate relationship with the Brussels sprout, purchasing 150 million of them during the week before Christmas and then boiling them to an inedible mush!

But 150 million is impressive and  way more than we buy Christmas trees, which surely takes the humble sprout to the top Christmas botanical spot ousting the usual suspects – holly, ivy, mistletoe, Norway spruce and even frankincense or myrrh! 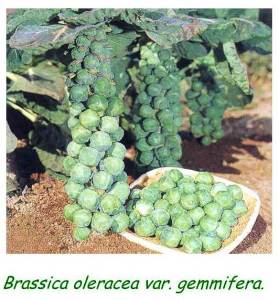 The botany of the Brussels sprout is remarkable, being merely a variety of the common cabbage (Brassica oleracea) and so is genetically the same as the cabbage but also to a wide range of other brassicas – cauliflower, broccoli, calabrese, kohlrabi, collards and kale.

The cabbage has been around for millennia – earliest records of cultivated cabbages are to be found in the writings of ancient Greece and Rome and date from around 600 BC, but in contrast, the sprout is a recent invention. It was first recorded in Belgium in 1750, near Brussels (well, it’s what it says on the tin!). From there it took about 50 years for the crop to spread to France and Britain. 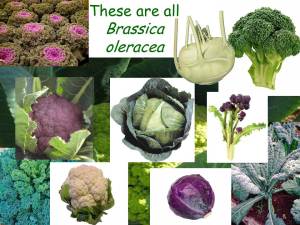 In greenhouse gas terms 150 million sprouts is massive and surely not to be sniffed at. But why does the sprout cause such silent but deadly, or not so silent but equally deadly, Christmas nights?

Well it all comes down to botanical weapons of mass destruction in the form of sulphur-containing compounds that sprouts, and indeed all brassicas (they’re all the same after all!), contain in their chemical arsenal to deter animals (including humans) from eating their leaves!

The problem is compounded since human bodies are not equipped with the enzymes to break down some of these compounds. One of these is the complex sugar raffinose which therefore passes unchanged from the small to the large intestine. Here it meets the microbes with the ability to break it down into odourless gases such as hydrogen and methane, but also other gases with added sulphur-pungency, such as the “bad egg” gas hydrogen sulphide and the “rotten cabbage” gas methyl mercaptan, both of these gases with a deadly pungency capable of filling and clearing rooms (and beds) in seconds! 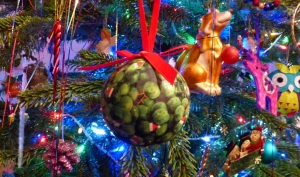 The Brussels sprout, on the one hand such a humble plant, yet on the other, a botanically and culinarily intriguing, ultimately amusing and all-round botanical Christmas winner!