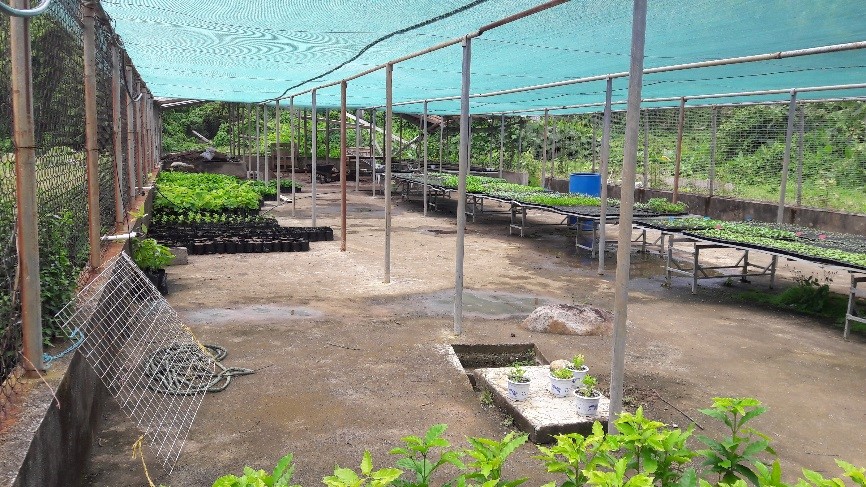 Hurricane Maria pummeled the Caribbean island of Dominica in September 2017.

It was initially predicted to be a category 2 storm, but it turned out to be a category 5, with maximum sustained wind speeds of 165mph. It was later described as the deadliest storm of a very active hurricane season.

The hurricane caused devastation to those living on the island in a number of ways. Almost a year since the storm hit, those who live there are still feeling the effects of the damage done to infrastructure, vegetation, and the agriculture industry –  a key source of income for the island.

Dominican Cocoa Project – an AFTP and University of Reading collaboration

Before the hurricane struck, the Dominican Ministry of Agriculture and the Cocoa Research Centre in Trinidad had embarked upon a collaborative project to increase the stock and diversity of types of cocoa plants grown in Dominica, establishing a propagation garden as part of their work. The local import-export agency were also working to increase the amount of processing possible on the island and to get the crop produced there recognised internationally as  a high-quality grade of cocoa.

Director of the AFTP Professor Carol Wagstaff and Dr Martin Chadwick, both from the University of Reading, flew out to Dominica in May 2018 as part of a University-supported project to help get the propagation garden project up and running again, and to encourage the production of high-quality cocoa on the island.

Both recorded regular diary entries during their time there, which you can read on the AFTP website.

While he was there, Dr Chadwick spoke to us from Dominica about the project:

He will return to the island in November 2018 to support ongoing efforts to train farmers and processors on the island in the production of high quality cocoa.