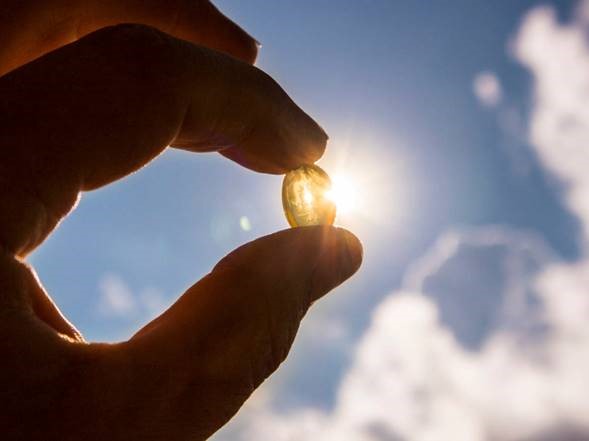 We are pleased to announce our next Lunchtime Seminar showcasing  the role of  Vitamin D, COVID-19 and Acute Respiratory Tract Infections.

The next seminar “Vitamin D, COVID-19 and Acute Respiratory Tract Infections – Is this Nutrient the Sunshine Superstar or Just Media Hype!”, presented by Professor Susan A. Lanham-New, Department of Nutritional Sciences, School of Biosciences & Medicine, Faculty of Health & Medical Sciences, University of Surrey will take place via Microsoft Teams on Friday 16th April at 13.00 – 14.00.

Vitamin D is unique – it is a prohormone which is produced in the skin during exposure to sunlight (UVB radiation at 290-315 nm) with, usually, smaller amounts obtained from food. During the winter months in areas of middle-high latitude, the solar elevation remains low throughout the short daylight period, and there is insufficient solar UVB to support appreciable vitamin D synthesis.   For most people, dietary intake does not fully supply the body’s vitamin D needs and so vitamin D status declines during the winter. Relatively high prevalence of low vitamin D status globally has been reported over recent decades in a wide range of population groups but particularly Black, Asian and Minority Ethnic (BAME) groups.   This may be due to environmental factors, such as air pollution, as well as cultural factors that lead to skin being covered and not subject to sunlight exposure.   Older, house-bound individuals are at particularly high risk of vitamin D deficiency.  Vitamin D status is reflected by the level of the circulating metabolite 25-hydroxyvitamin D (25OHD), which is produced by hepatic hydroxylation of vitamin D coming from either skin or the gut from oral intake.  The discovery of the expression of nuclear vitamin D receptors (VDR) and vitamin D metabolic enzymes in immune cells provides a scientific rationale for the potential role of vitamin D in maintaining immune homeostasis and in preventing the development of autoimmune processes.  It has been hypothesised that there is an association between seasonal upper respiratory tract infections and low vitamin D status because both occur in the winter months. However, controversy remains as to whether there is a direct link between the seasonality of influenza and vitamin D deficiency and further research is on-going.   Higher influenza incidence in winter may be due to behavioural reasons including the greater time spent indoors, which increases individuals’ proximity and hence likely inter-personal transmission. The continued spread of the novel SARS-CoV-2 virus, and the disease COVID-19 that is caused by SARS-CoV-2, has led to calls for widespread high dose vitamin D supplementation. These calls are without support from pertinent studies in humans at this time, but rather based on speculations about presumed mechanisms.   There should be caution against doses higher than the Upper Limit (4000 IU/d; 100 µg/d) and certainly of very high doses of vitamin D (in some reports, 10,000 IU/d [250µg/d] of vitamin D are being promoted).   This talk will explore the current controversies and provide an update on the on-going research that will (hopefully) give key answers to the important questions.