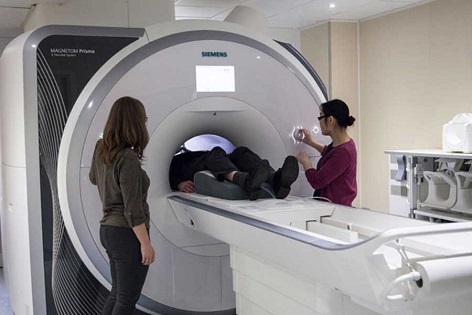 This project is led by PhD student Michal Korenar, under the supervision of Dr. Christos Pliatsikas, School for Psychology and Clinical Language Sciences, and Prof. Jeanine Treffers-Daller, Department of English Language and Applied Linguistics.

Using behavioural and neuroimaging data (fMRI), this project will investigate claims that creative thinking is enhanced in individuals who speak more than one language. Evidence offering a possible explanation for the link between creativity and bilingualism comes predominantly from studies which investigate the effects of bilingualism on cognitive control—a set of mental processes that enable humans to control their behaviour to achieve goals. Cognitive control is thought to be positively modulated in bilinguals due to persistent conflict in their minds from choosing between two competing linguistic alternatives (i.e., native vs. second language). Convergently, studies on neurocognitive correlates of creativity ascribe a prominent role to cognitive control in the ability to produce novel ideas, which often requires inhibiting common ideas that come to mind when trying to think creatively. In light of the foregoing, if bilingualism positively impacts the set of cognitive functions which support creativity (e.g., cognitive control), one would expect an observable enhancement of creativity in bilinguals. We aim to investigate the relative contribution of specific bilingual experiences on creativity by comparing Czech-English interpreters and translators, who need strongly developed cognitive control in their jobs, with bilinguals without any professional bilingual experience. The current study looks beyond behaviour to study the overlap between bilingualism and creativity in the brain, conducting the first study to examine the shared neural correlates of bilingualism and creative thinking. Neuroimaging holds untapped potential to disentangle the functional link between the two phenomena, with implications for language learning and education.

This project has received funding from the European Union’s Horizon2020 research and innovation programme under the Marie Skłodowska Curie grant agreement No 765556 (https://www.multilingualmind.eu/).